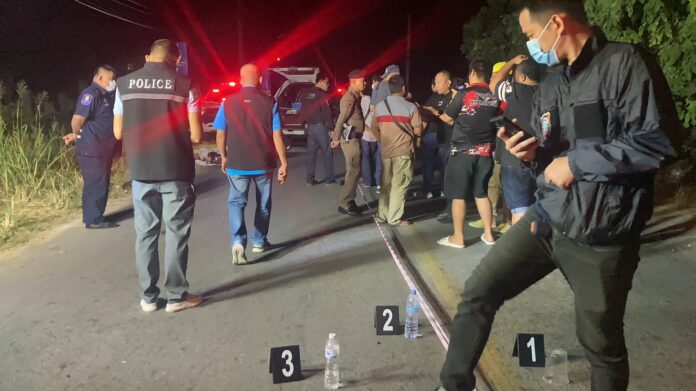 Chonburi Police Region 2 is hunting down a mysterious murderer who shot and killed a retired British engineer yesterday, January 5th.

A retired British engineer was shot to death in Pattaya while traveling home last night, January 5th. The cause of the incident remains a mystery.

Pol. Lt. Col. Ittipon Ittisaranachai, chief of Police Region 2, called for a meeting of immigration officials, tourist police, and investigators to track down the suspect who shot a 70-year-old British man to death last night.

The victim was brutally shot four times in the back, according to police

Pol. Lt. Col. Ittipon told The Pattaya News the motive behind the murder still cannot be disclosed, but he assured the media that the case is progressing well. He said authorities are gathering all types of evidence including three gun shells found at the scene and CCTV recordings around the area.

The police also examined the victim’s financial transactions and visa. They found that the victim had lived in Thailand legally for over 20 years and had a Thai family.