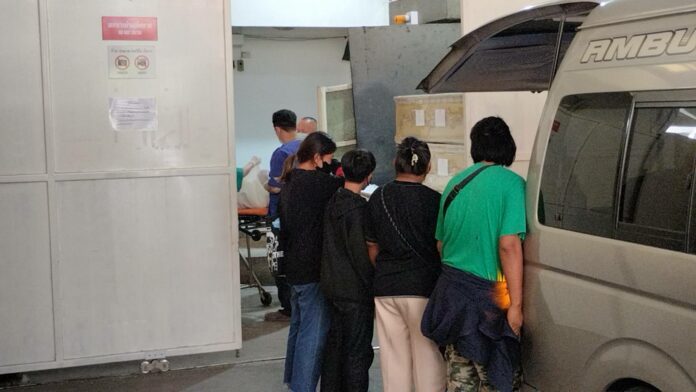 A mother believes that her 16 year-old son was murdered after his friends said they were playing Russian Roulette at an abandoned house in the Nong Chok district.

The Lam Hin Police were notified of the incident on Monday (January 2nd) night. They arrived at the scene to find the body of a 16 year-old teenager with gunshot wounds to his head.

His friends told police seven of them used a handmade handgun to play Russian roulette. The teenager pointed the gun at his friends and pulled the trigger before pointing it at himself.

His mother Ms. Waraphon Tumgen said, “My family and I do not believe that my son was playing Russian roulette or killed himself. My son normally uses his left hand.”

“At the scene, the gun was on his right side. The bullet wound on his head was shot from behind. If he shot himself the wound should be on his temple or under his chin. I believe this was a murder.” Waraphon stated.

“There is also a voice clip where my son was talking with someone about a gun. There was one of them who left the scene to take a bath before coming back to talk with the police. It looks like someone wants to destroy evidence.” Waraphon explained.