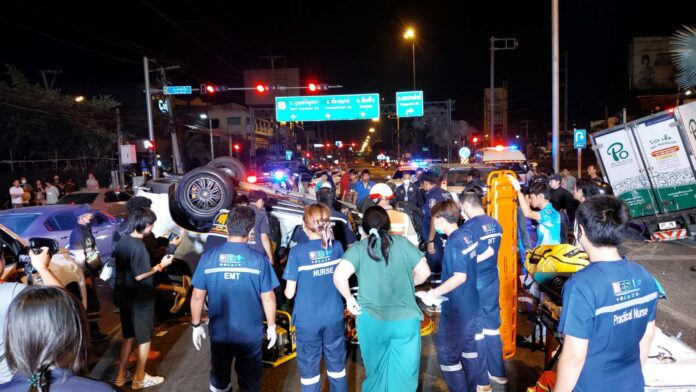 A driver has sustained severe injuries after he crashed his SUV into multiple other vehicles at a traffic light in Pattaya.

The Pattaya City Police were notified of the accident last night (December 30th) on Sukhumvit Road at the Khao Talo Intersection.

Police, emergency responders, and the Pattaya News arrived at the scene to find the overturned SUV lying heavily damaged on Sukhumvit road. The driver, Mr. Panya Wanchana, 57, had sustained severe injuries and was stuck inside the SUV. Rescue workers used a jaw of life to free him and he was rushed to a nearby hospital. 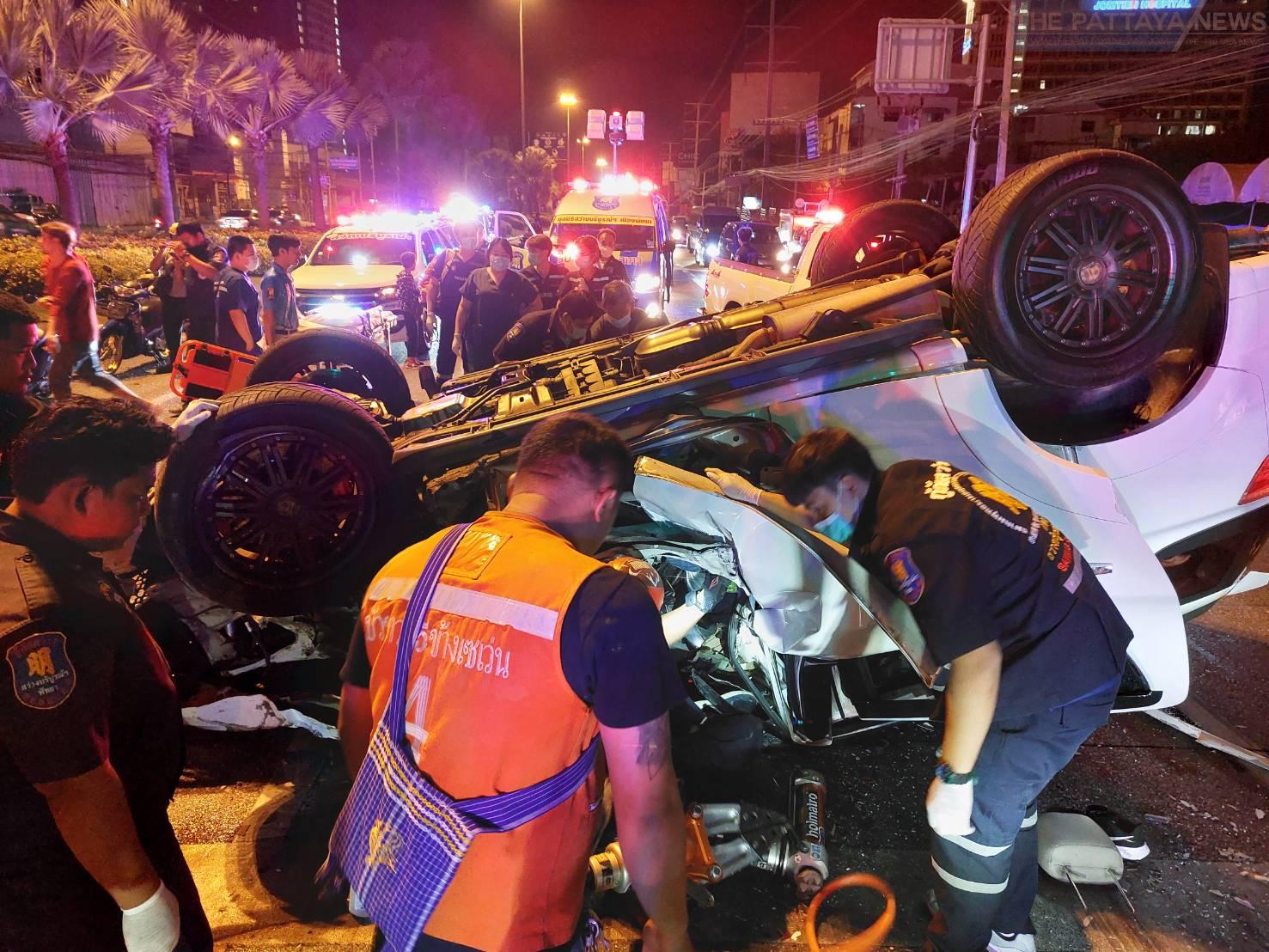 At the central reservation rescue workers found a damaged pickup truck. The driver, Mr. Ubon Kaewwangworn, 35, who was not injured, told the Pattaya News “I was at a red light at the intersection when the SUV crashed into the back of my truck.”

Another damaged sedan was also found nearby by response teams. The driver, who only gave his name as Mr. Pisit, told The Pattaya News, “I was stopped at the red light at the intersection when the SUV crashed into the back of my vehicle and several others. Luckily, I was not injured.” 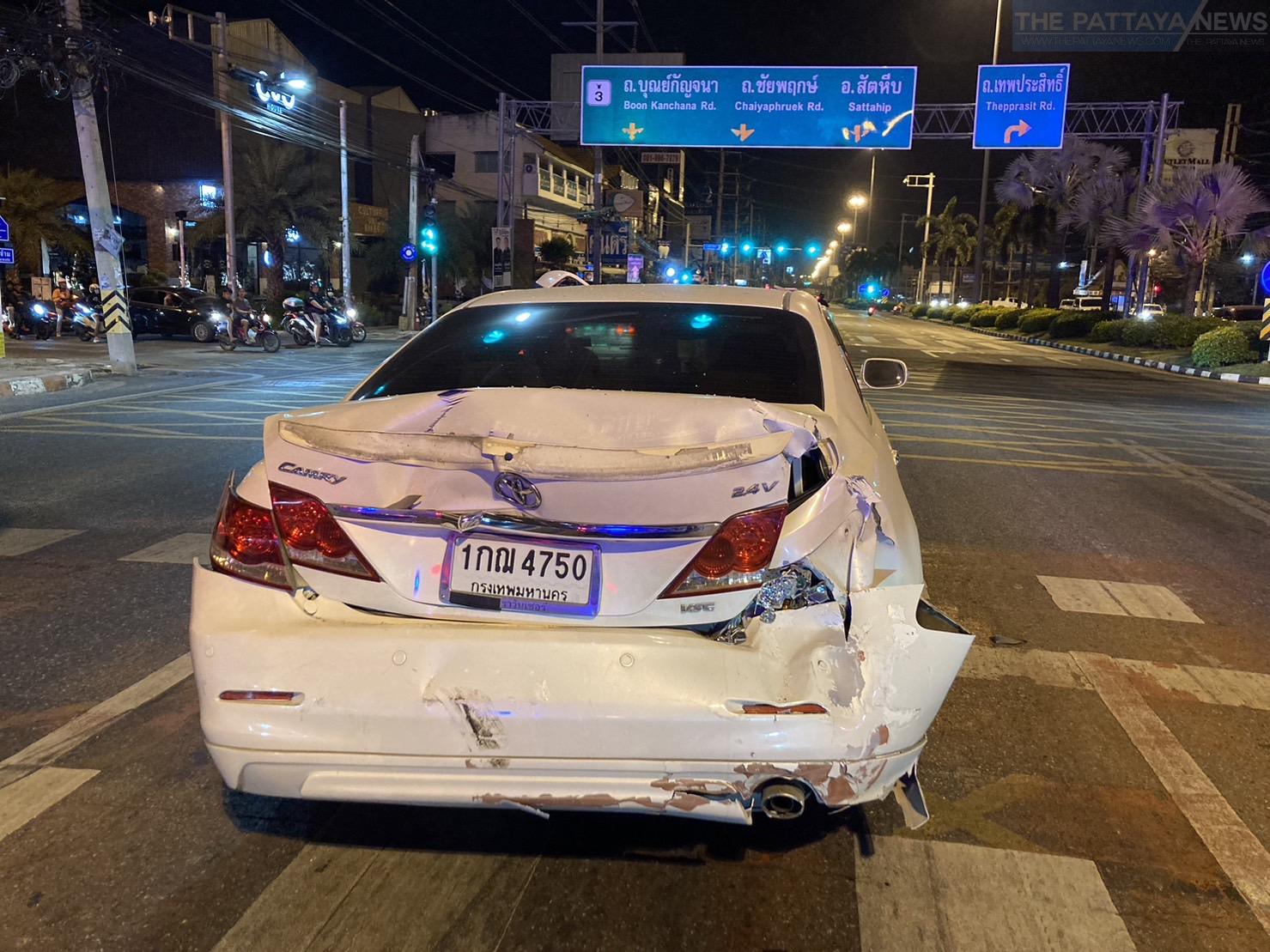 The Pattaya City Police are checking CCTV footage at the intersection. An alcohol blood test is being conducted on the SUV driver for further legal action.