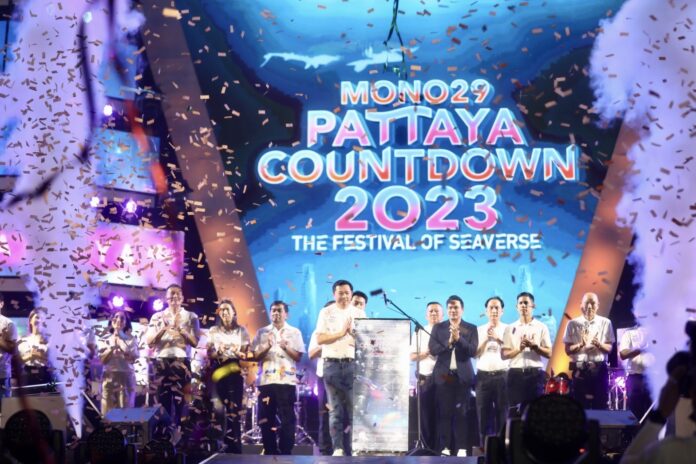 Although the event stretches from December 29th to the 31st, it was already deemed a success on its first day yesterday by Pattaya Mayor Poramase Ngampiches, who personally attended the event to kickstart it, as the spectators were extremely bustling.

The event is officially called “Pattaya Countdown 2023”. It is held in partnership with Pattaya City, Chonburi Provincial Administrative Organization, and Mono29, a well-known satellite television channel in Thailand, that sponsored top acts, lighting, and a full-scale sound system for the event. 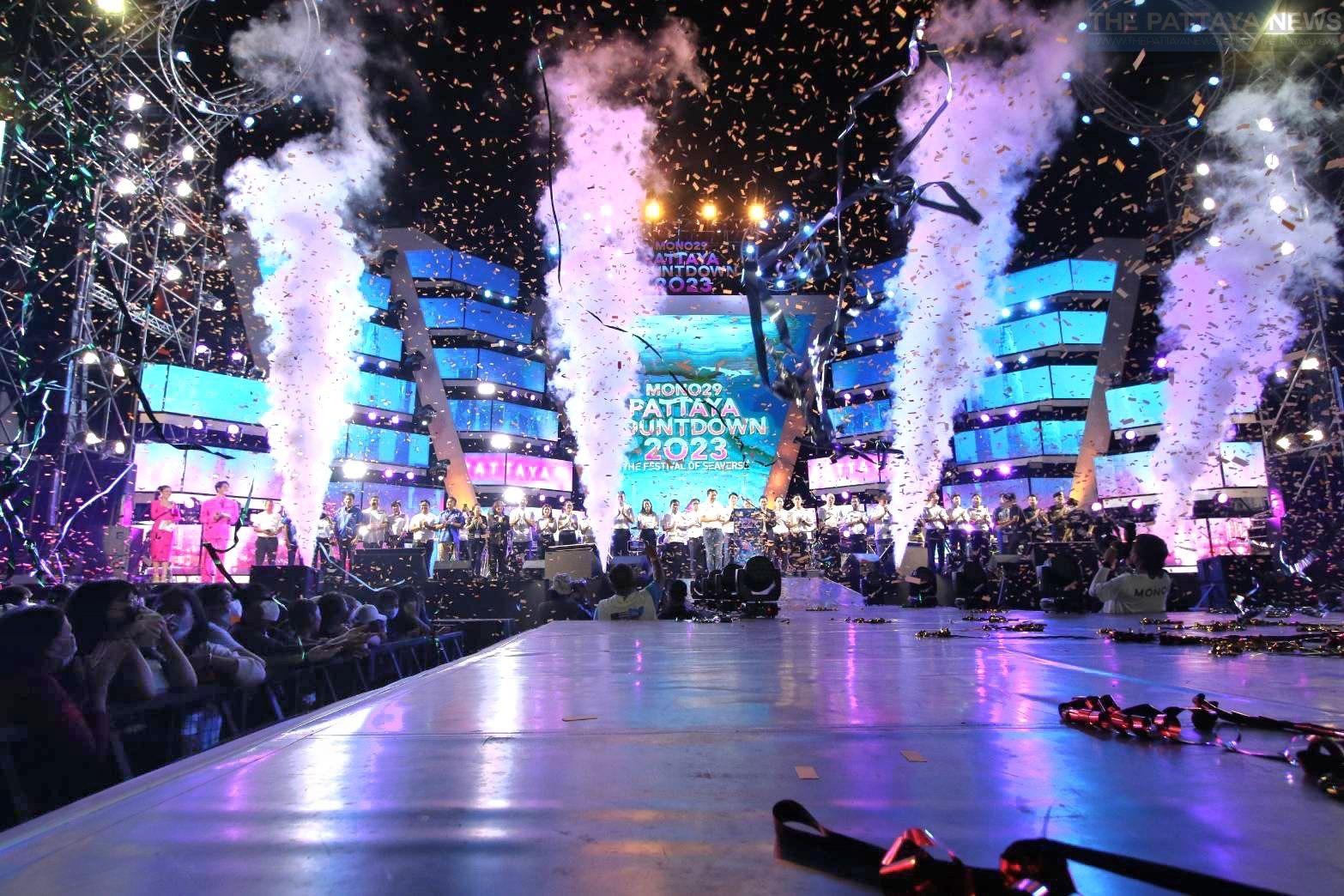 Apart from Thai performers, the concert features Sandara Park & Sunmi who will fly straight from South Korea to hit the stage tomorrow, December 31st, and mesmerize the crowd.

Not only did the city come alive with a fancy concert yesterday, but Pattaya Countdown also featured a more subtle, cultural side of the event at Khao Pho Thong temple in the Banglamung district.

Hundreds gathered to be bestowed with good wishes from Buddhist monks and some came to make merit to fend off bad fortunes. The temple will also host an overnight chanting on December 31st as well for those interested in starting a new year with something different. 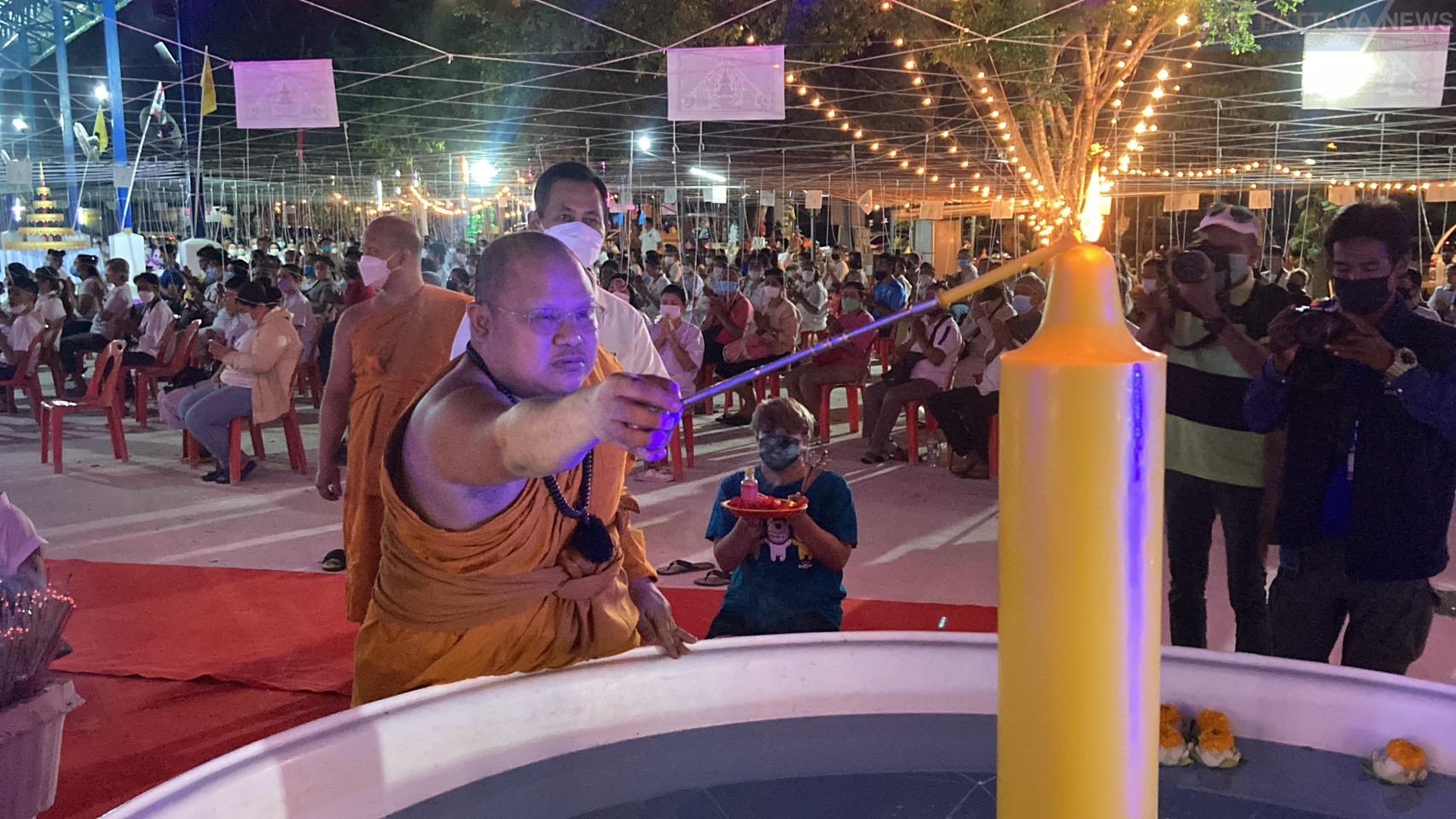