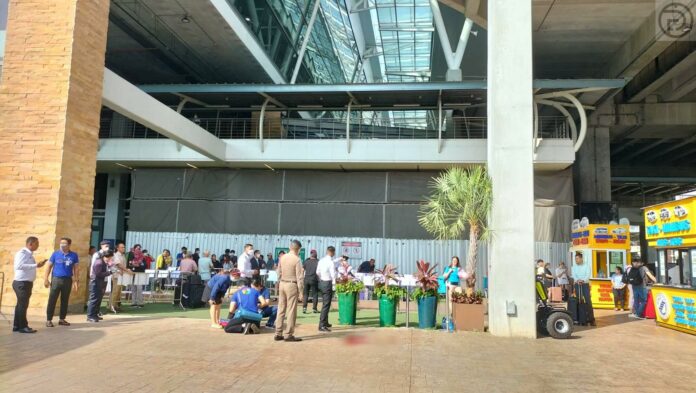 The 35-year-old American man, only identified by his first name of Jason, who died after jumping from the third floor of the Phuket International Airport suffered from depression and financial problems.

The Phuket International Airport has issued a press release at 4:00 P.M. this afternoon regarding the incident (December 28th). They stated a male foreign passenger ‘jumped’ from the third floor at the departure platform of the International Terminal. However, investigators have not firmly stated the cause of the fall as of press time.

An American man who sustained severe injuries after he fell from a third floor at the Phuket International Airport has been pronounced dead.

The American man entered Thailand via Bangkok Airport Immigration on December 13th, 2022. He arrived in Phuket on December 17th, 2022 and checked in a hotel near the Phuket International Airport.

The Phuket Tourist Police told the Phuket Express that the victim checked out from the hotel on December 20th. He told the Phuket Tourist Assistance Center at the airport that he had no money to go back to his home. He said he suffered from depression. After Tourist Assistance Officials left from the area where they were meeting him witnesses nearby saw the victim jumped from the third floor of the terminal.”

If you or someone you know is feeling depressed please reach out for help. The Phuket Express suggests the Samaritans of Thailand which can be reached here:https://www.facebook.com/Samaritans.Thailand/