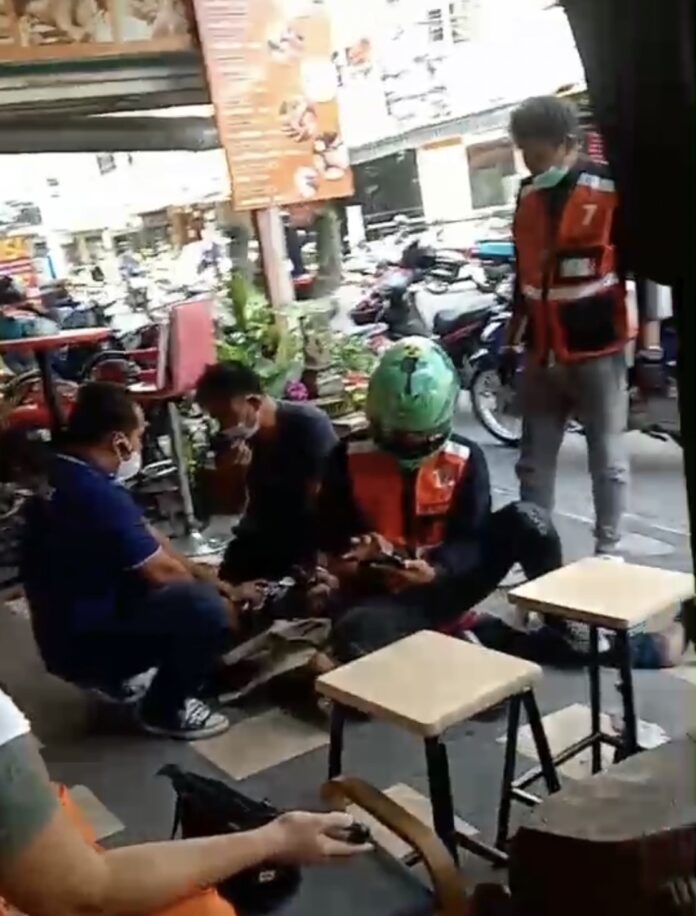 Police officers in the Smart Safety Zone program along with a group of motorcycle taxi riders captured the suspect as he walked past a massage parlor in Soi Buakhao, South Pattaya at 2 PM yesterday.

One of the riders, Mr. Watchara Wichitrapap, 45, told the Pattaya News the suspect, Mr. Nattawut Saengdit, 41, allegedly stole two smartphones, 10,000 baht cash, and an ATM card from his rental room in Pattaya on December 23rd. Watchara reviewed his CCTV camera and found Nattawut entering the building at 1 AM. He then fled using a different motorcycle taxi service.

The suspect was recognized and captured by the victim because the victim remembered his outfit and was wearing the same clothes. He was then taken to the Pattaya police station where police also detected an undisclosed illegal substance in his system.

Nattawut still objected to every allegation, but police said the suspect was a prolific criminal, having brunt down his wife’s house in Ratchaburi province and stolen multiple motorbikes.