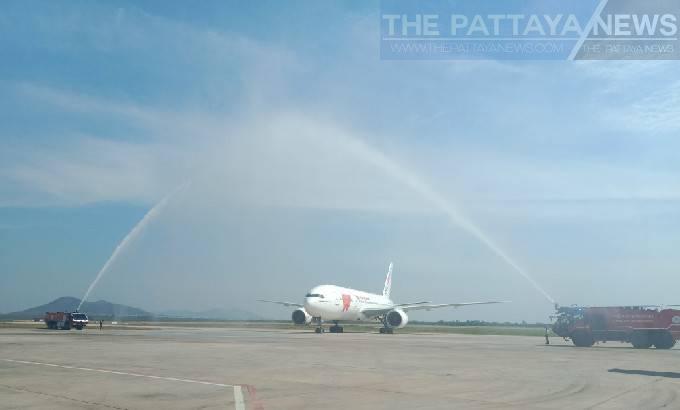 U-Tapao International Airport partnered with the Tourism Authority of Thailand (TAT) to welcome a flight of as many as 400 Russian tourists on Wednesday, December 28th.

The Red Wings charter flight carrying Russian tourists was grandly welcomed with a water cannon salute as soon as the carrier touched the ground in Rayong province of Thailand.

TAT and U-Tapao officials along with performers from Nongnooch Garden in Pattaya greeted the tourists coming from Moscow and gave them flower garlands to wear around their necks as a gift and blessing for their time in Thailand. 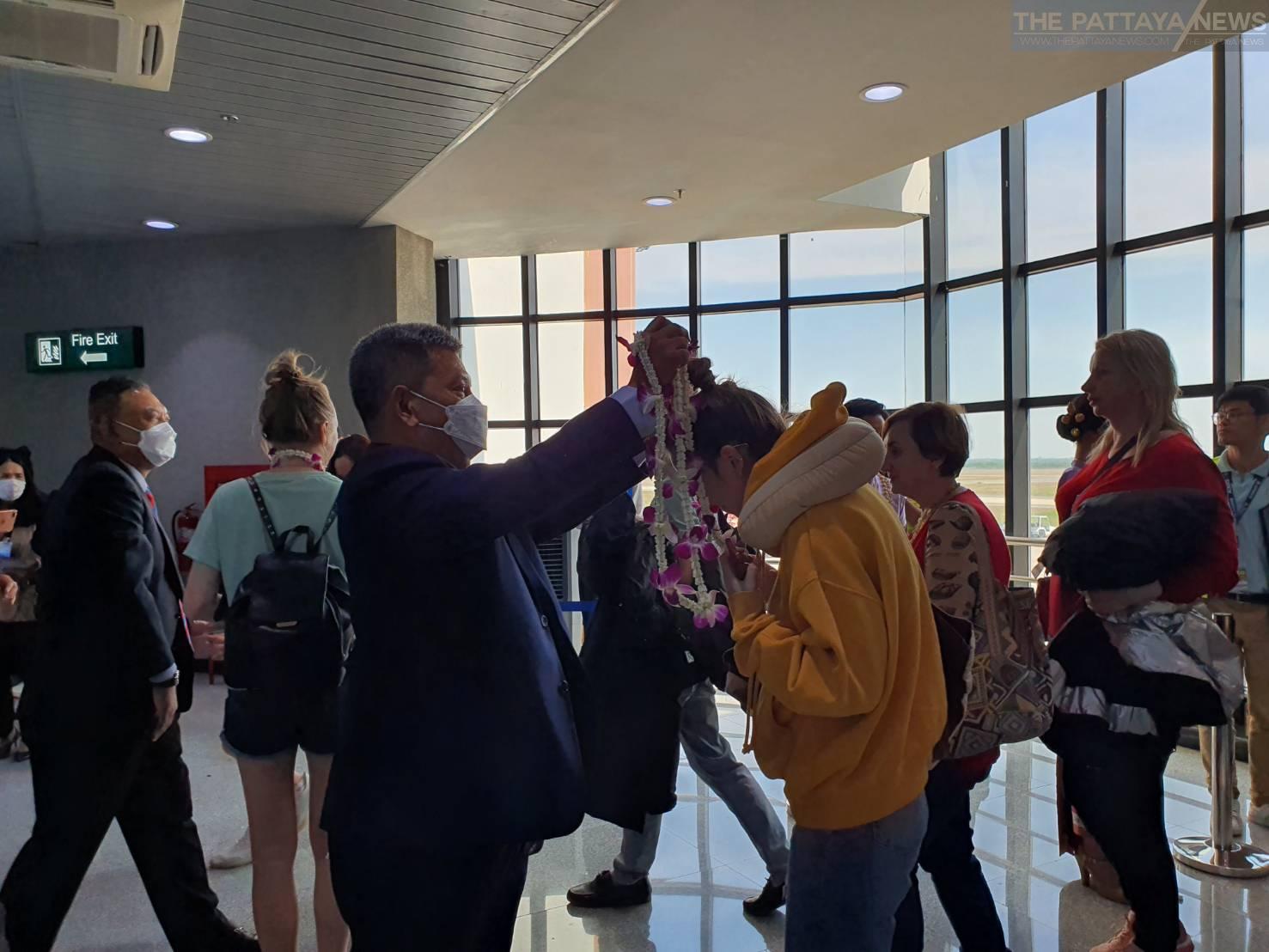 Red Wings Airlines is a regional airline in Russia whose Boeing 777 aircraft with a capacity of 410 seats has been chartered by Anex Tour. The flight will take tourists from Moscow, Russia, directly to U-Tapao International Airport (Rayong-Pattaya). The flights will be available until the end of April 2023, with two flights per week on Wednesdays and Saturdays, or a total of 820 seats per week.
-=-=-=-=-=-=-=-=-===-=-=-=–=–=–=–==-