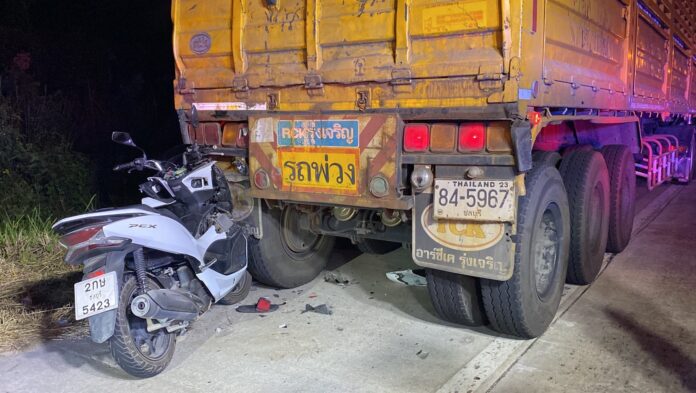 A 30-year-old motorcyclist sustained injuries and lost consciousness after rear-ending a parked 18-wheeler in Pattaya.

Sawang Boriboon rescuers rushed to help the victim, Mr. Pitchayapa Sombatha, at 01:30 AM today, December 29th, after he crashed his motorbike into the back of a truck. The accident occurred on a quiet road in the Nong Pla Lai subdistrict of Banglamung District, Chonburi.

Rescuers said they found Mr. Pitchayapa in a pool of blood. He also passed out from the impact. The rescuers transferred him to Banglamung Hospital for urgent medical assistance. The victim’s white Honda PCX was found jammed into the rear of the truck. 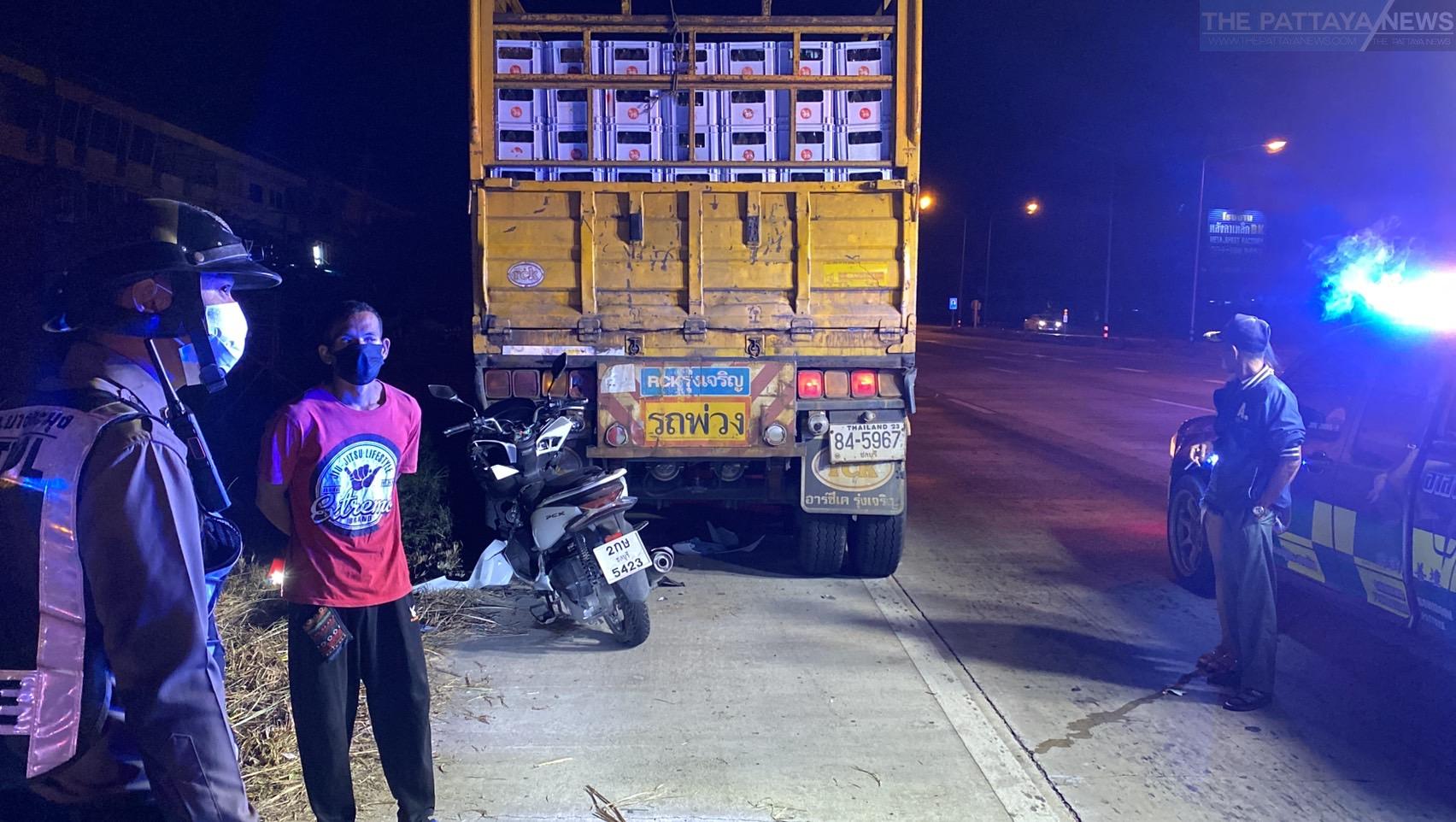