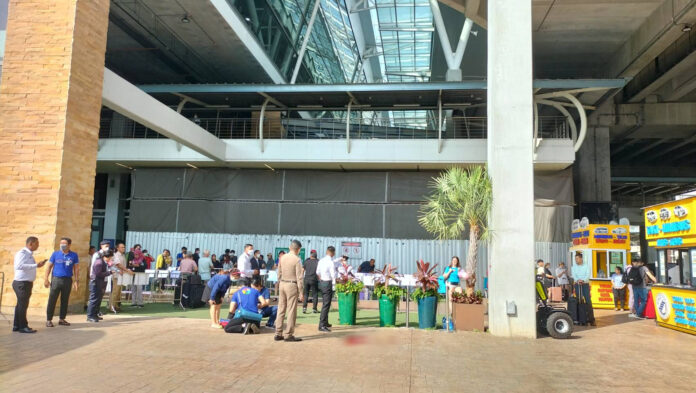 A foreign man has sustained severe injuries after he fell from a third floor at the Phuket International Airport.

The Phuket International Airport has issued a press release at 4:00 P.M. this afternoon regarding the incident (December 28th). They stated a male foreign passenger ‘jumped’ from the third floor at the departure platform of the International Terminal.

However, investigators have not firmly stated the cause of the fall as of press time. 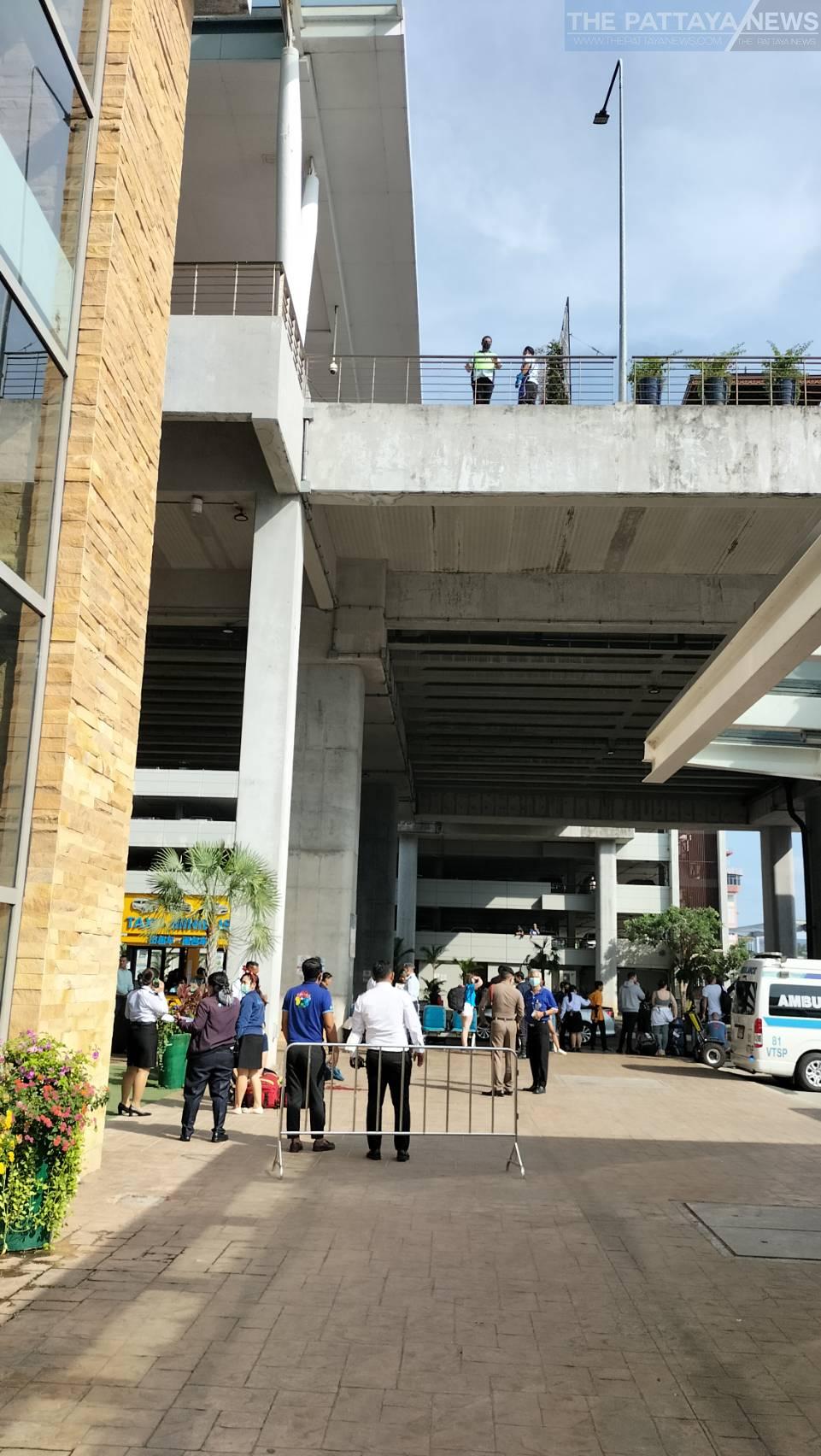 He had sustained severe injuries and at 3:08 P.M. he was taken to the nearby hospital. The Sakoo Police are continuing their investigation.

The name and nationality of the passenger were withheld. 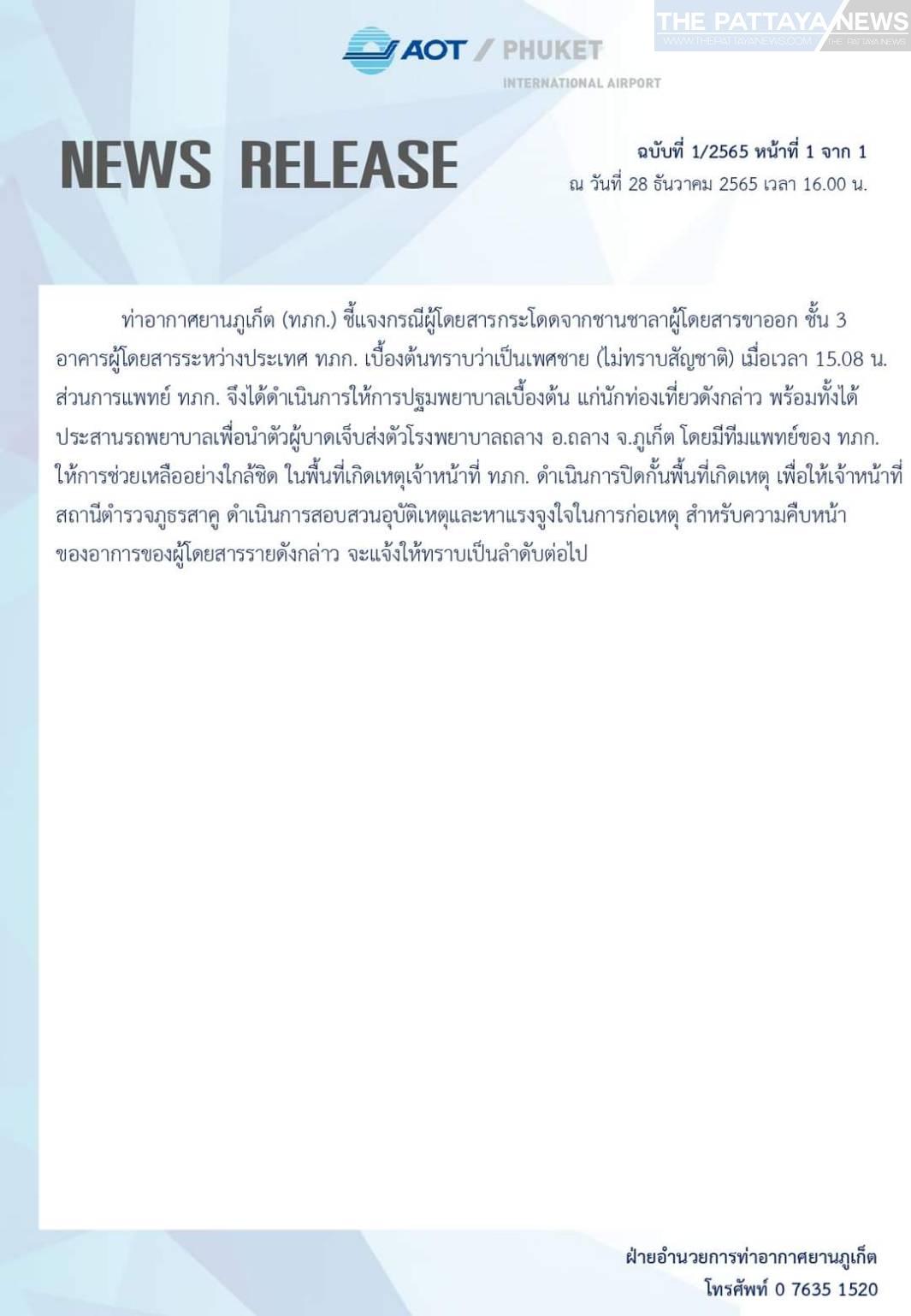