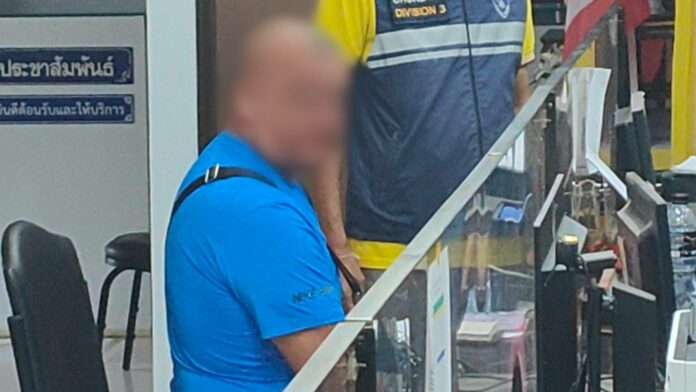 A foreign man who was accused of flashing his genitalia at kids in Pattaya was nabbed by police and immigration while attempting to flee Thailand.

Prateep told The Pattaya News he recorded the indecent scene via his phone. The video clearly showed the suspect grabbing and flashing his genitalia while riding a motorbike after Prateep’s truck. Five children including his four girls and young son were on his truck’s bed, unaware of the raunchy suspect, the father stated. The suspect drove away after finishing. 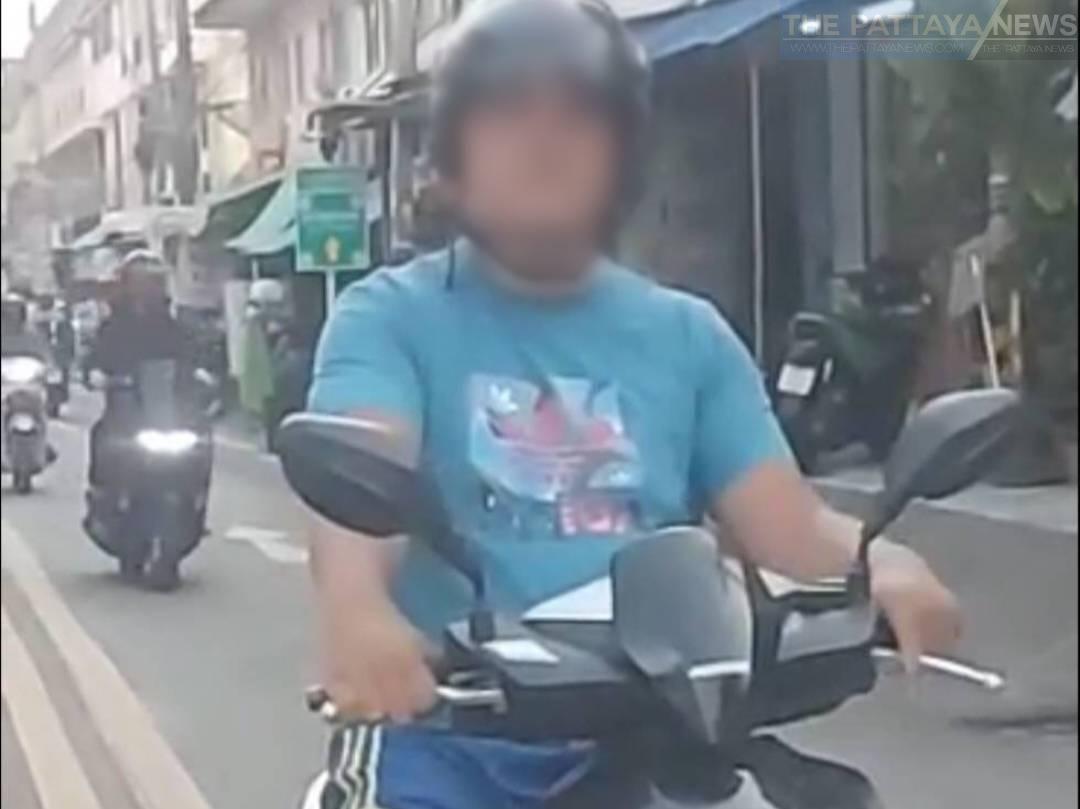 The victim decided to file a report at the Banglamung police station on December 24th. He asked the police to arrest the suspect to set an example for society.

And according to the latest report, Chonburi immigration and police were able to quickly apprehend the suspect while he was trying to board an outbound flight from Thailand at Suvarnabhumi Airport at 12:30 PM on December 25th. The suspect was taken to the Banglamung police station.

Having stayed in Thailand since September 29th, 2022, on a non-immigrant visa, the 49-year-old suspect rented an apartment in the Nongprue subdistrict near Raiwanasin Market, according to police. The suspect admitted to the allegation of acting indecently in public and paid a fine of 3,000 baht before being released. The police told The Pattaya News they would document the suspect and revoke his visa if he re-entered the country and committed the same act again.