A woman claimed to the Pattaya police she was slapped in the back of the head by a transgender suspect who she said might be mentally ill and dangerous. The victim filed a police report today, December 23rd, at 10 AM.

Ms. Patcharaphisut Poshyanon, 29, told The Pattaya News that an unidentified suspect who she described as a transgender person suddenly slapped her in the head for unknown reasons on December 20th while she was trying to park her motorbike.

The victim was assaulted on Pattaya Third Road in the Banglamung district of Chonburi. Not only was she slapped, the victim was also threatened by the suspect aged around 30 years old, according to the victim. The suspect wore a black shirt, jeans, and sandals. The force of the suspect’s slap knocked the victim’s motorcycle helmet off her head, the victim claimed.

“She seemed mentally ill. She pointed at my face and cursed at me in front of many tourists,” Patcharaphisut told The Pattaya News. 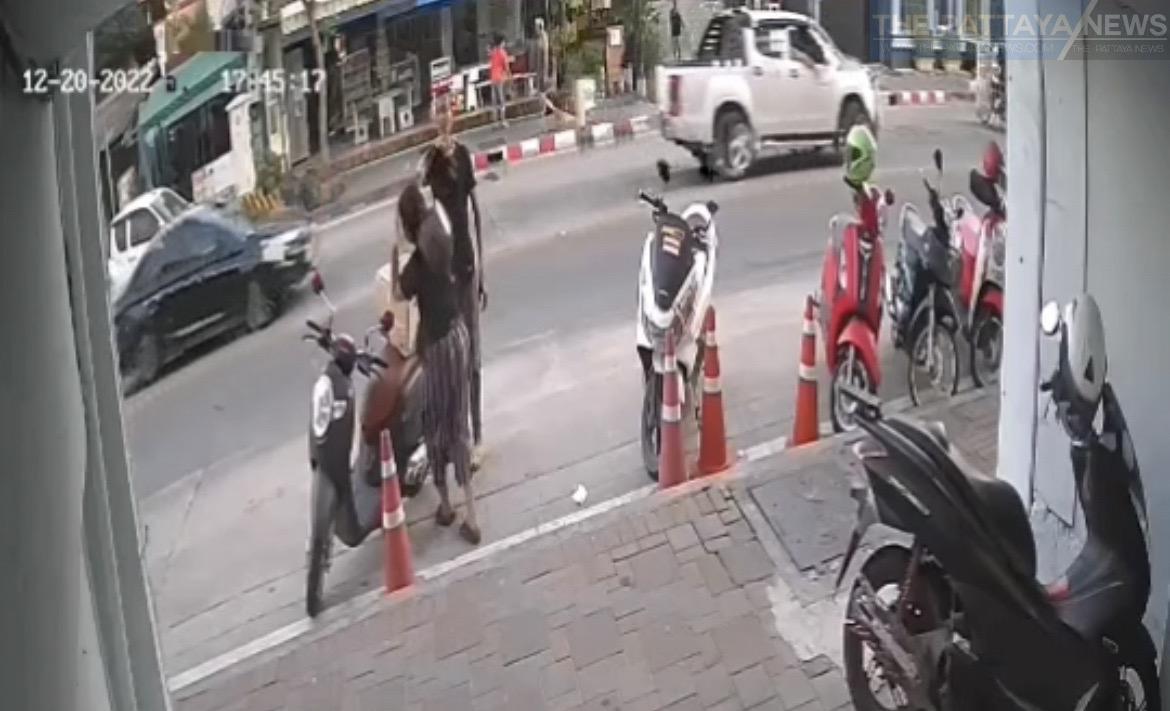 The victim was aided by an unnamed shop owner. She hid in the shop until the suspect fled the scene. The victim affirmed she never had any problems with the suspect. The incident still terrified her. The victim also claimed that locals told her the transgender suspect had previously attacked another woman in the area until she fell unconscious.

Patcharaphisut hoped the suspect would be caught soon, adding the incident had ruined the reputation of Pattaya. She also wished Pattaya authorities would take action about the growing homeless population in the city.
-=-=-=-=-=-=-=-=-===-=-=-=–=–=–=–==-