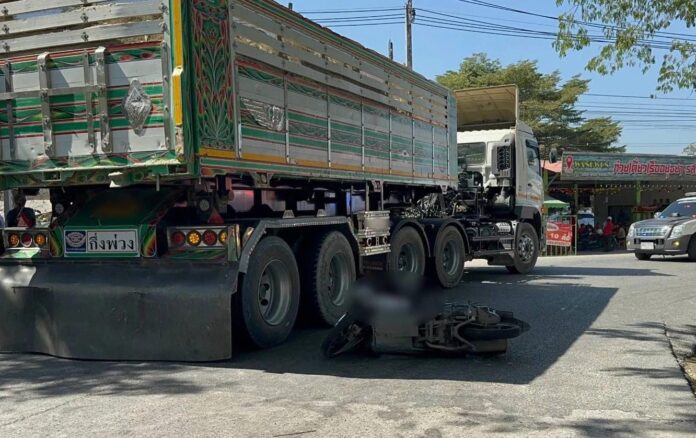 A 20-year-old motorcyclist was crushed to death by an 18-wheeler while heading back home from work in Chonburi’s Mueang district.

The accident happened yesterday, December 22nd, 2022, on a road beneath a motorway in the Don Hua Lor sub-district. The victim, 20-year-old Mr. Phatthames Sriraksa, was found dead with several bone fractures. Phatthames, a Sisaket province native, was taken to a local hospital for funeral arrangements by first responders.

His motorbike, a black and yellow Yamaha Mio registered in Chonburi, was found under a white 18-wheeler driven by 43-year-old Mr. Yan Leabloy. The driver claimed to the police that the victim drove at high speed while navigating a curve, lost control, and slid under his truck. Yan said he was driving normally and could not brake so the victim was run over. 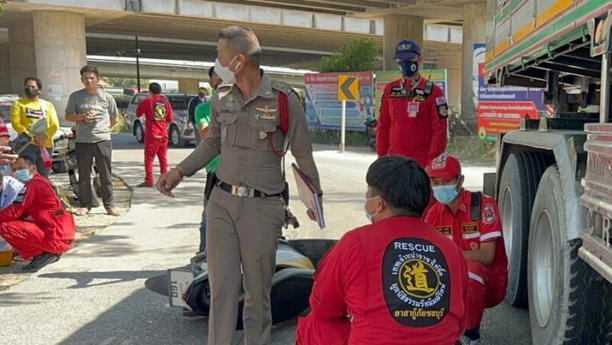 The truck driver was interrogated by the Chonburi police. It was unclear if any legal charges would be filed against the driver.

Earlier this week, a female factory worker was also crushed to death while returning home in Chonburi by a truck.