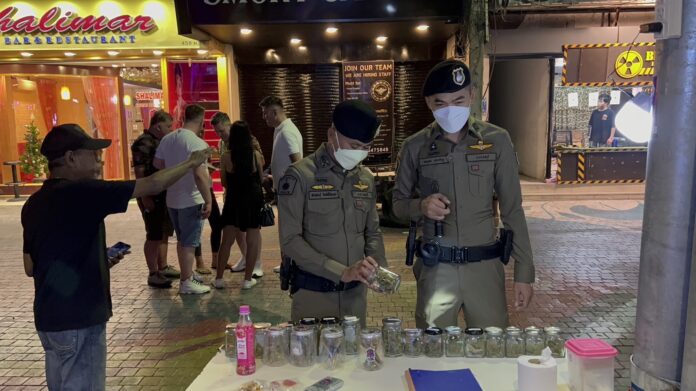 A cannabis vendor who sold cannabis buds fled his stall on Pattaya Walking Street after being asked to produce his license required to sell cannabis, according to Pattaya police.

Pol. Col. Chakraphan Kittisiripornkul, chief of Chonburi Provincial Police, led a patrol troop to maintain peace and order around 3 AM, December 22nd, throughout Pattaya as usual when he stumbled upon a cannabis stall selling cannabis flowers on Walking Street.

The stall was operated by a lone, unidentified man according to Pol. Col. Chakraphan. When the police asked the man if he had a license to sell cannabis, he said he was only an employee, and that he would go and fetch a license from his employer. Unexpectedly, neither the man nor his employer returned. The Pattaya News notes that licenses for cannabis, which was decriminalized in June but remain a political flashpoint, can only be issued for businesses with physical addresses, not booths, trucks, carts, etc. 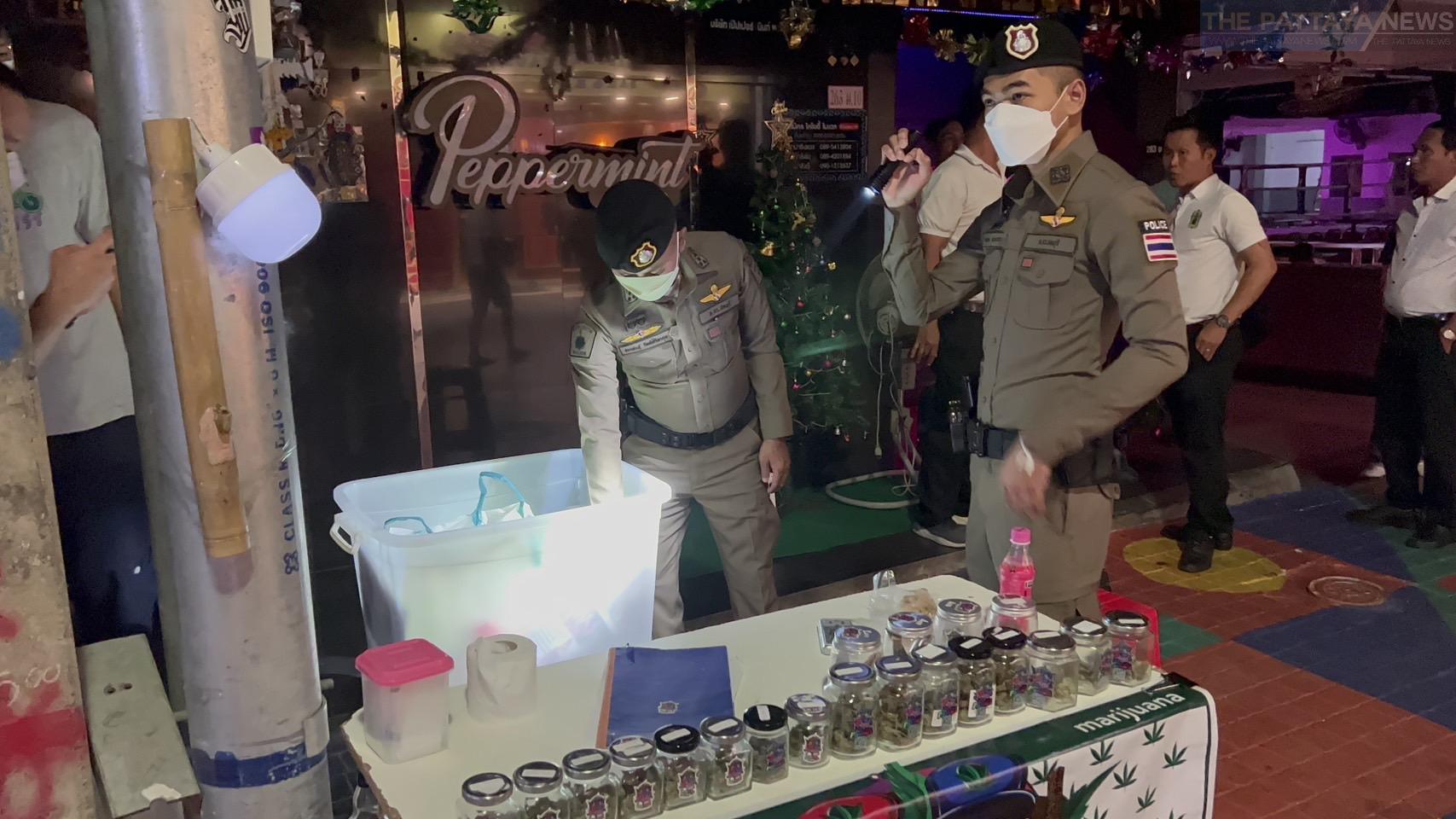 Pol. Col. Chakraphan examined the stall and confiscated every cannabis product under suspicion that whoever owned the booth did not have a license. The runaway employee and his employer whose identity was still in question would be hunted down by police, stated Pol. Col. Chakraphan.