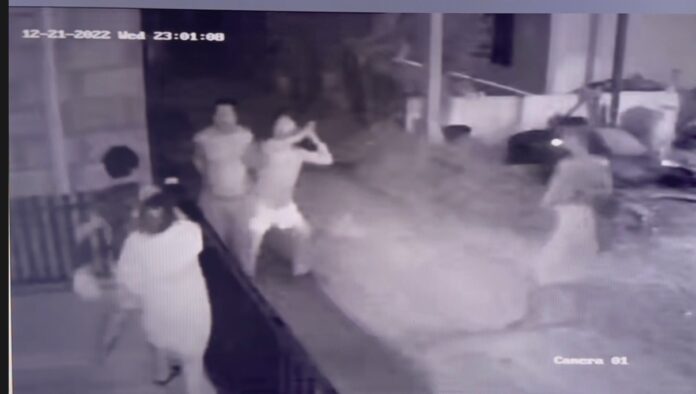 Two men were shot and injured by an ex-conscript over a land sale dispute in Chonburi’s Banglamung district, an eyewitness said. One sustained a gunshot to his head and was in a life-or-death situation.

The incident occurred at a house in Soi Khao Makok 8 in the Huay Yai subdistrict. The first eyewitness, only identified as Tukkhata, told The Pattaya News the suspect was an ex-conscript, and he had run away after shooting the two victims. Before the shooting, the suspect had a verbal altercation with the victims before picking up a gun and spraying shots at them. Tukkhata said she ran away and did not get hit. 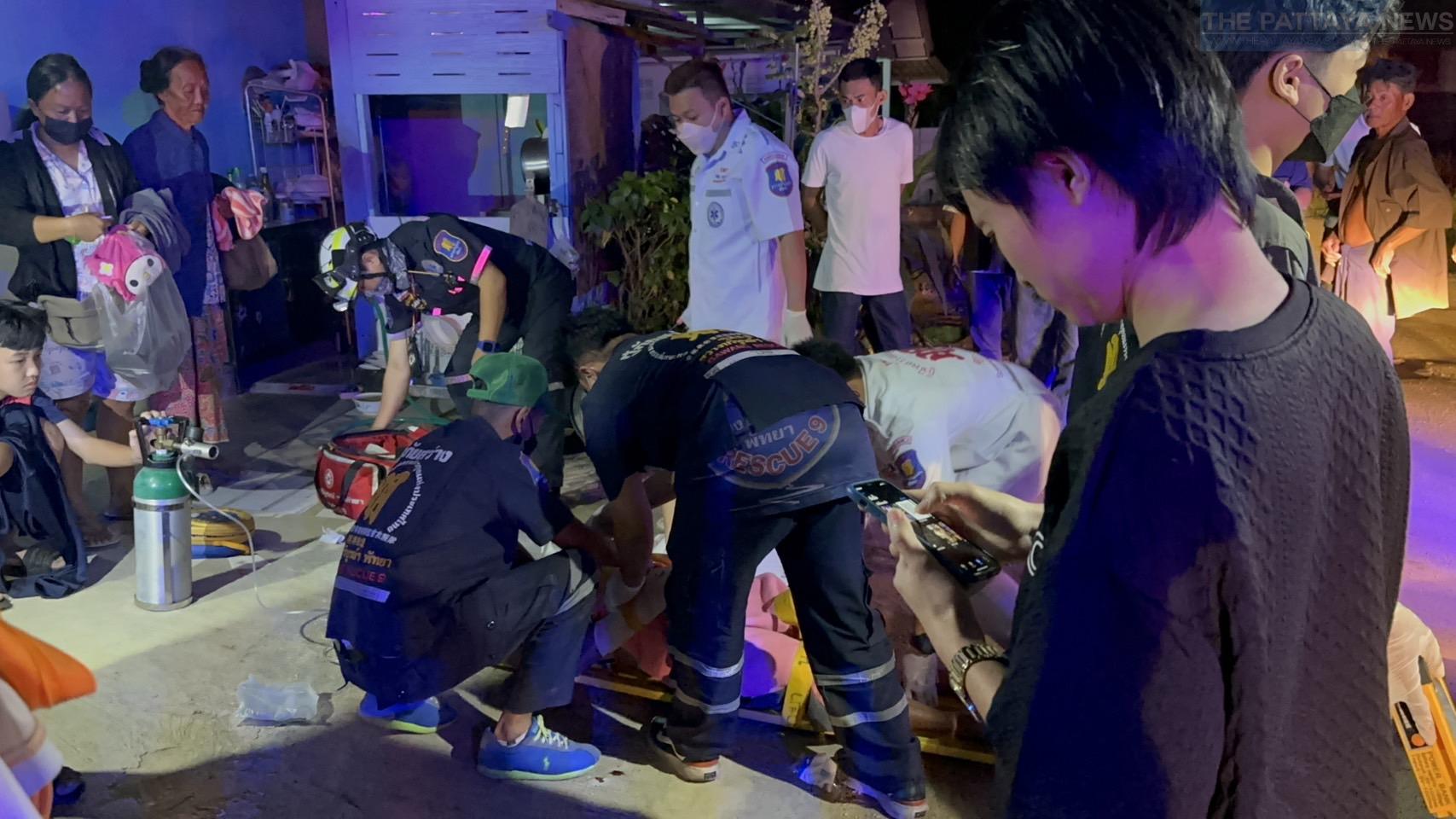 Another eyewitness, 54-year-old Mr. Sanong Hok-on, claimed to the Pattaya News the suspect, Akanee Sakaeo, had a dispute with Sanae about a land sale. The victims allegedly ganged up on Akanee and tried to beat him with sticks. Akanee then ran to grab his pistol to shoot them. He was also intoxicated at that moment, according to Sanong.

Banglamung police confirmed after seeing CCTV footage that the victims rushed at the suspect to attack him first. They were all hospitalized at Banglamung Hospital. Police are convincing the suspect’s wife to ask her husband to surrender.