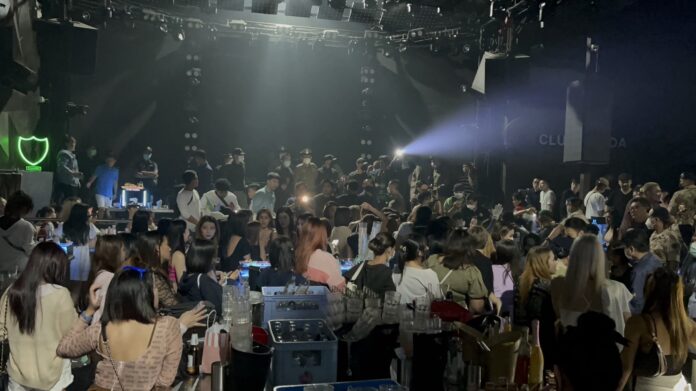 Cannabis cannot be used as part of New Year celebrations, warned the Department of Thai Traditional and Alternative Medicine (DTAM).

DTAM director-general Thongchai Lertwilairattanapong said yesterday, December 20th, that cannabis parties during New Year festivals are not allowed and that they will dispatch their staff to inspect any venues that are reported to be organizing such parties immediately. Thongchai reminded the public that cannabis should only be for medical use with the aid of a doctor and not used for parties or events.

Thongchai said vendors must be granted a permit to sell cannabis. If they fail to do so or throw cannabis parties, legal consequences will surely follow.

When reporters asked him if authorities will be inspecting suspicious parties that may be associated with cannabis, Thongchai responded police will be tied up with monitoring other New Year activities such as drinking that will increase the risk of road accidents.

However, police will still randomly inspect cannabis shops to ensure that they comply with cannabis control regulations. The DTAM officials will accompany the police as well, said Thongchai.

As for people who smoke cannabis in their dwellings and disturb others, they will be charged with breaching the Public Health Ministry’s announcement for causing a nuisance to others, but this requires an offended individual to file a formal police complaint.

During the New Year’s period, there is expected to be intense control over drinking after the Public Health Ministry and law enforcement launched a campaign named “Don’t drink and drive, don’t drive and drink.”

The ministry said more than half of the drivers who were involved in accidents last New Year’s had been drinking.

Repeated offenders will be documented and face more severe legal action. Shops that sell alcohol to minors will also face the same fate, said the deputy.