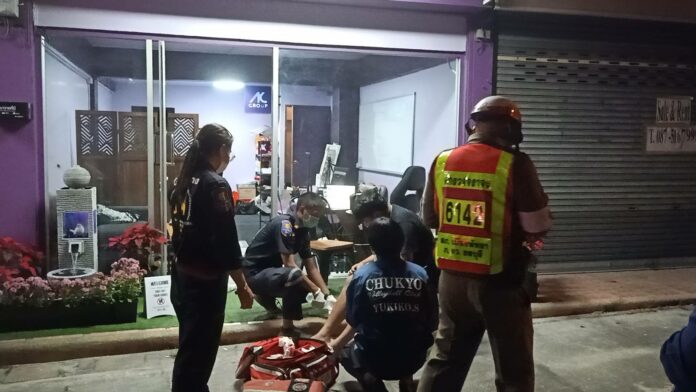 A 25-year-old motorcycle taxi rider crashed into a dog and killed it in Pattaya. The man reportedly admitted he was traveling at high speed.

Sawang Boriboon rescuers received notification of a motorcycle accident involving a collision with a dog, resulting in injuries and a fatality, around 1 AM today, December 18th. The rider, Mr. Kritphan Koomsaard, sustained minor injuries, but the male dog, aged 3-5 years old, was found dead on Thappraya Road near the rider’s damaged white Yamaha NMAX motorbike.

Kritphan was taken to a local hospital. He was a motorcycle taxi rider working in Chonburi’s Banglamung district, according to his statement. Kritphan reportedly told rescuers that the dog ran in front of his bike while he was traveling at high speed. He was unable to brake and crash head-on into a dog, he said.