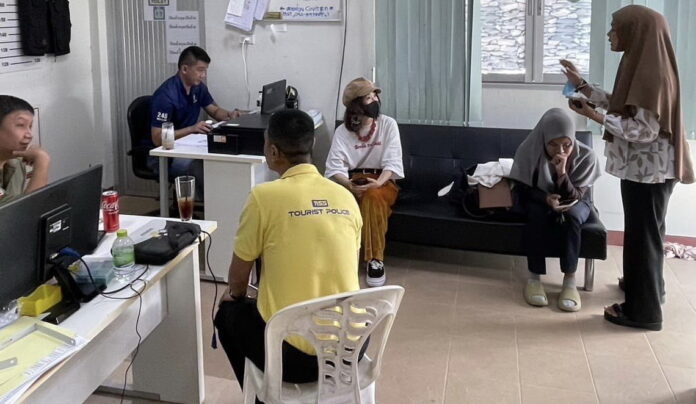 A Chinese woman who is on a 1,316 day visa overstay was arrested after social media shared her story of asking for money from mostly foreigners many times at a gas station in Phuket.

A story of a foreign woman asking for money from mostly foreigners inside a gas station four times over several days on Bypass Road in Rassada went viral in social media earlier this week.

The Phuket Provincial Commander Major General Sermpan Sirikong told The Phuket Express yesterday (December 16th) about the incident. They have tracked down and found Ms. Fan Yang, 47, Chinese national. She was staying at a budget hotel in Kamala.

She admitted to police that she was the person in the social media story and said she did not have money to pay for her gasoline. She said she also asked foreigners for their bank accounts claiming she intended to pay them back later. Some foreigners wanted money back but some didn’t want anything according to her.

Police also found that she was on a 1,316 day overstay of her visa, her legal permission to stay in Thailand. She was taken to the Kamala Police station to face charges of overstaying and eventual deportation and blacklisting.