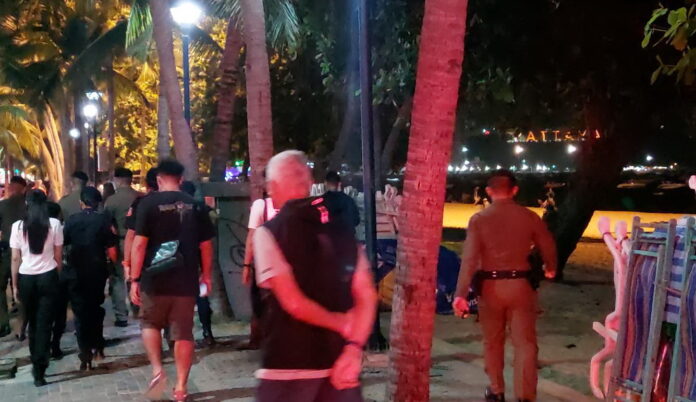 Colonel Somchai Teerapatpaisarn of the Tourist Police told the Pattaya News that transgender individuals who are found on Pattaya Beach at night are being registered. Any transgender people who were standing on the beach propositioning prostitution were also fined and asked not to solicit prostitution on the beach. If a suspect is caught a second time and believed to be soliciting prostitution, the fine will be increased. The exact amount of the fines was not revealed.

Pattaya City Deputy Chief Lieutenant Colonel Kruekrit Saiwanna told the Pattaya News that more foreign tourists are coming to Pattaya in the coming New Year festival and that police don’t want them to be annoyed or assaulted.

The Pattaya News notes that police did not mention similar fines or registration for suspected female prostitutes. Prostitution is illegal in Thailand, however, is widespread nationwide, especially in Pattaya. Officially, Pattaya City officials have even stated in the past that there was no prostitution in Pattaya, leading to widespread ridicule online. More recent comments, such as the current registration campaign, appear to admit that there is, indeed, prostitution in Pattaya although authorities continue to remind the public it is illegal.

The registration campaign follows multiple stories of pickpocketing on the beach, primarily involving transgender individuals, according to Pattaya police, preying on intoxicated tourists.

Meanwhile, The Pattaya News adds that the Sisters Foundation has also cautioned against the stereotyping of transgender people earlier this year and asked Pattaya police not to consider all transgender people as thieves or troublemakers.