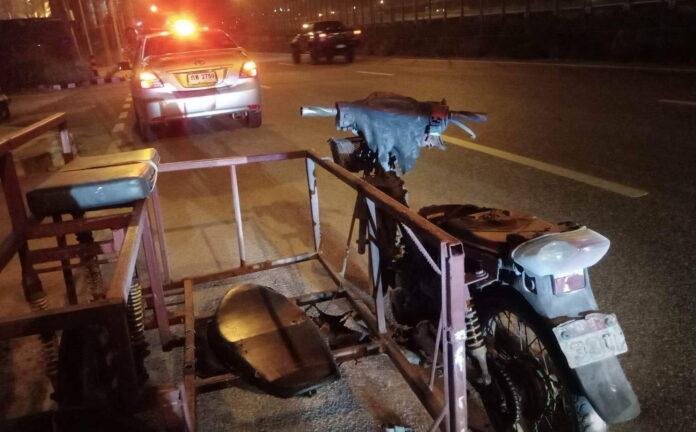 A motorbike sidecar caught fire while a driver was turning into a gas station in Pattaya.

Emergency responders were notified of the accident Tuesday night (December 13th) in front of a gas station in Baan Nawang, Banglamung.

Firefighters, emergency responders, and the Pattaya News team arrived at the scene to find an injured man, Mr. Chockchai Chaipinit, 25, who had sustained burn injuries on his right arm while fleeing the burning vehicle. He was rushed to a local hospital for medical assistance.

Mr. Chockchai told Pattaya News reporters while being taken to a hospital, “I was going into a gas station to fill my gas tank. Suddenly, some gas leaked out from my motorbike sidecar before the fire started.”

Nearby, emergency responders found the heavily burnt motorbike sidecar. Staffers at the gas station had already put out the fire with fire extinguishers before firefighters arrived. 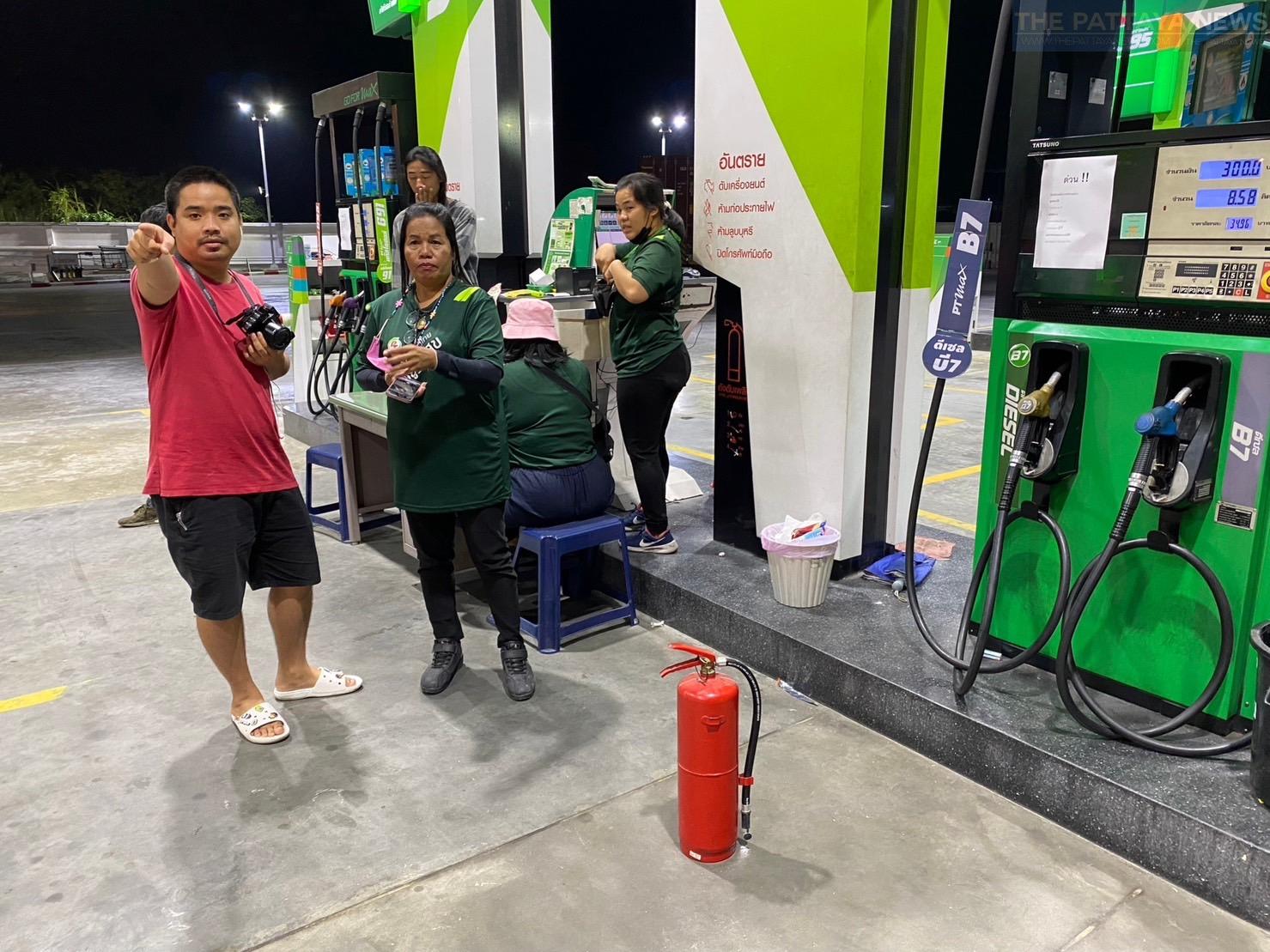