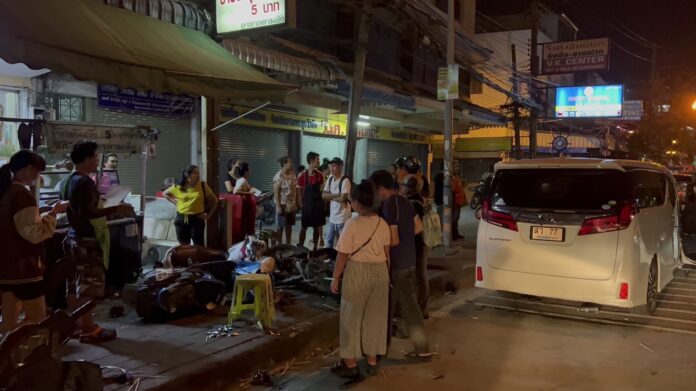 Two cars and six motorbikes were damaged after a minivan spun out of control into a large group of parked vehicles in Pattaya.

The Pattaya City Police were notified of the accident on Pattaya Third Road in Nongprue after midnight today (December 11th). They and The Pattaya News arrived at the scene to find the damaged minivan on the road.

The driver was Ms. Kamonwan Suthinpueak, 34. She is a daughter of a former actor who is now a Member of the Thai House of Representatives. Two cars and six motorbikes nearby were damaged, as well as property damage to a street restaurant. No injuries were reported.

Kamonwan did not immediately release a statement to the media.

The restaurant owner, Mr. Sin Putthong, 49, told the Pattaya News that the minivan driver was driving at high speed before losing control and crashing into many parked vehicles.

The driver had an alcohol breath test conducted by Pattaya Police but showed zero and was not intoxicated. However, she is facing charges of reckless driving causing property damage. 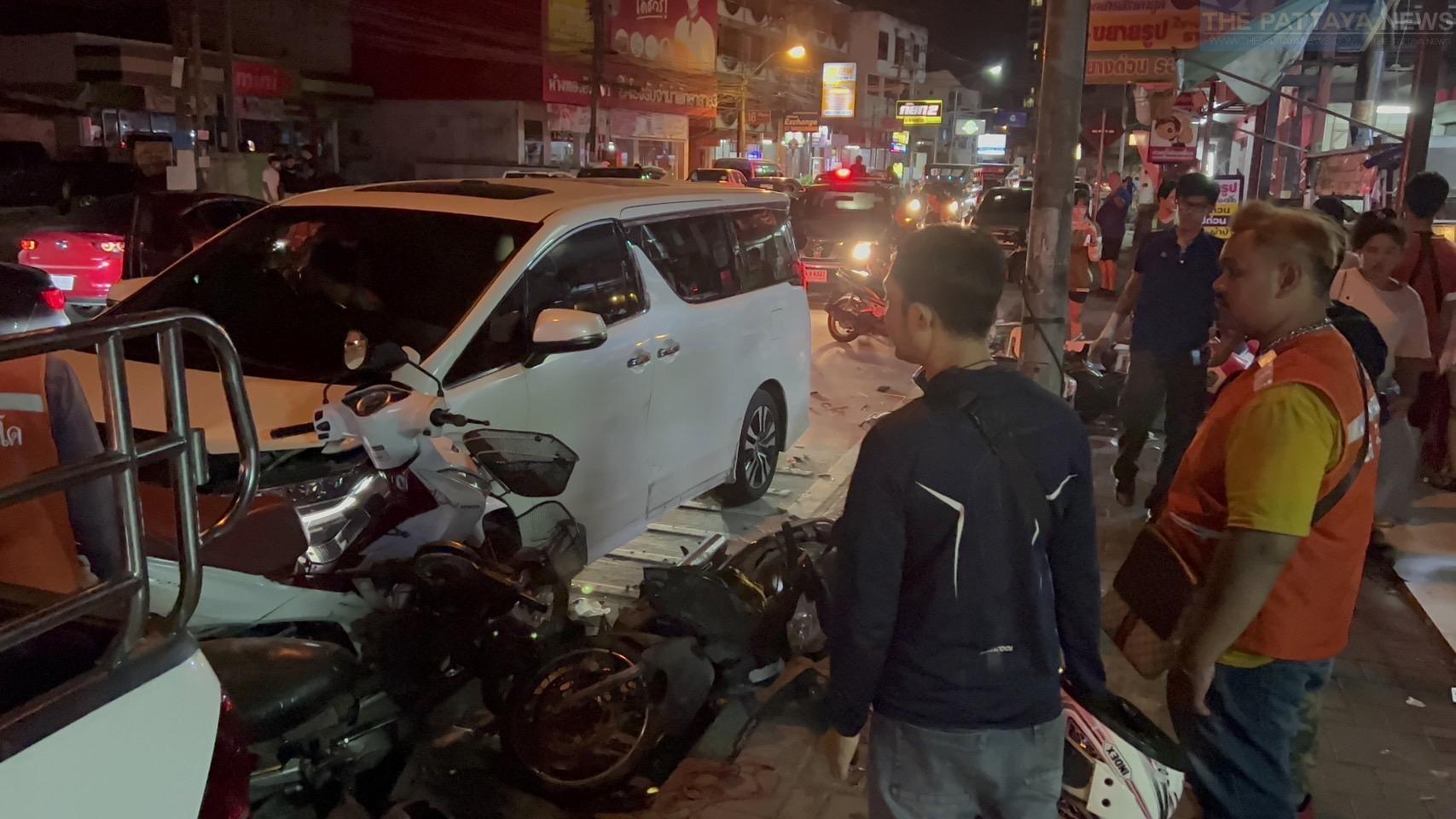