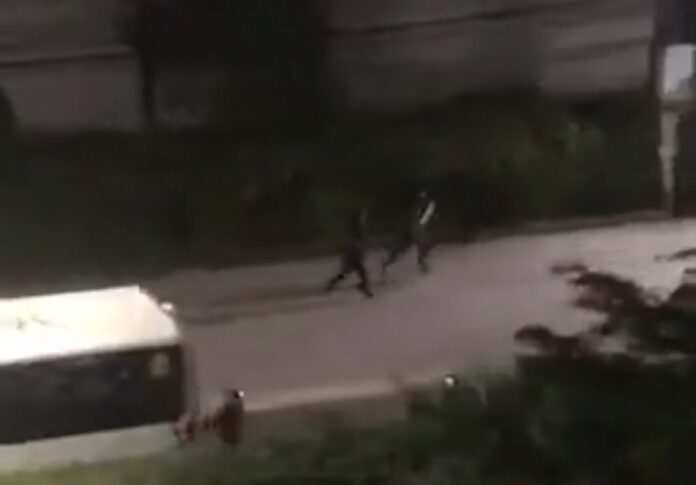 A 49-year-old Thai woman who a Cambodian assault and torture victim in Pattaya claimed had threatened her over the phone prior to her horrific torture by two Polish men in Pattaya has strongly denied all accusations and promised legal action against anyone who claimed she was involved.

First, get caught up on the assault and torture of the Cambodian woman in Pattaya by tapping or clicking here for our prior story.

Katanyuta Oche, 49, of Muang district in Nakhon Ratchasima, told the associated Thai press yesterday, December 10th, that she was shocked by what she called defamatory and false accusations of involvement in the torture and assault case in Pattaya.

Katanyuta stated that she had never met and did not know the two Polish men accused of torturing the Cambodian victim at an abandoned house in Naklua with hammers, acid, and wire.

Katanyuta also vehemently denied ever calling and threatening the victim as alleged and stated that she was willing to fully cooperate with police and prove that she was not involved whatsoever.

Katanyuta also promised legal action against those who she said had falsely accused her, stating it had affected her personally and professionally and ruined her reputation.

Katanyuta is the ex-wife of a foreign man, identified only as an Australian national, who reportedly is the employer of the Cambodian victim. Katanyuta also stated to the Thai press she has had no contact with her ex-husband, whose divorce case filed last year is actually still in court, other than formal legal proceedings and legal arrangements for the care of her son from her marriage with the foreign man.

Meanwhile, the case has now got Thailand’s most well known policeman, Surachate Hakparn, or Big Joke, involved. Big Joke, who is the deputy national police chief, is working with Interpol to track down the two Polish men who are believed to have fled to the Philippines. The two men were positively identified by CCTV footage and evidence found at the scene of the crime in Naklua.