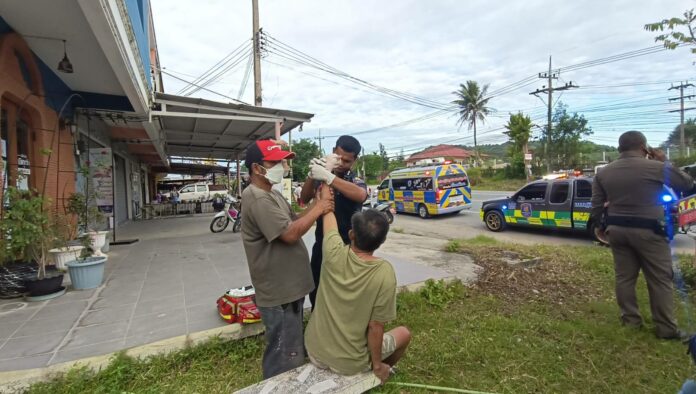 A 66-year-old man had one finger amputated when he rear-ended a sedan on Thursday, December 8th.

The victim, Sun Phoprasarn, was aided by Sawang Boriboon emergency responders at 7:30 AM. The rescuers found him beside his black and blue Yamaha Nouvo motorbike on Chaiyaphonwithi Road in Pattaya’s Khao Mai Kaew subdistrict, Banglamung district, Chonburi.

Sun’s pinky finger on his left hand was cut off, according to rescuers. He was rushed to a local hospital for emergency medical treatment. 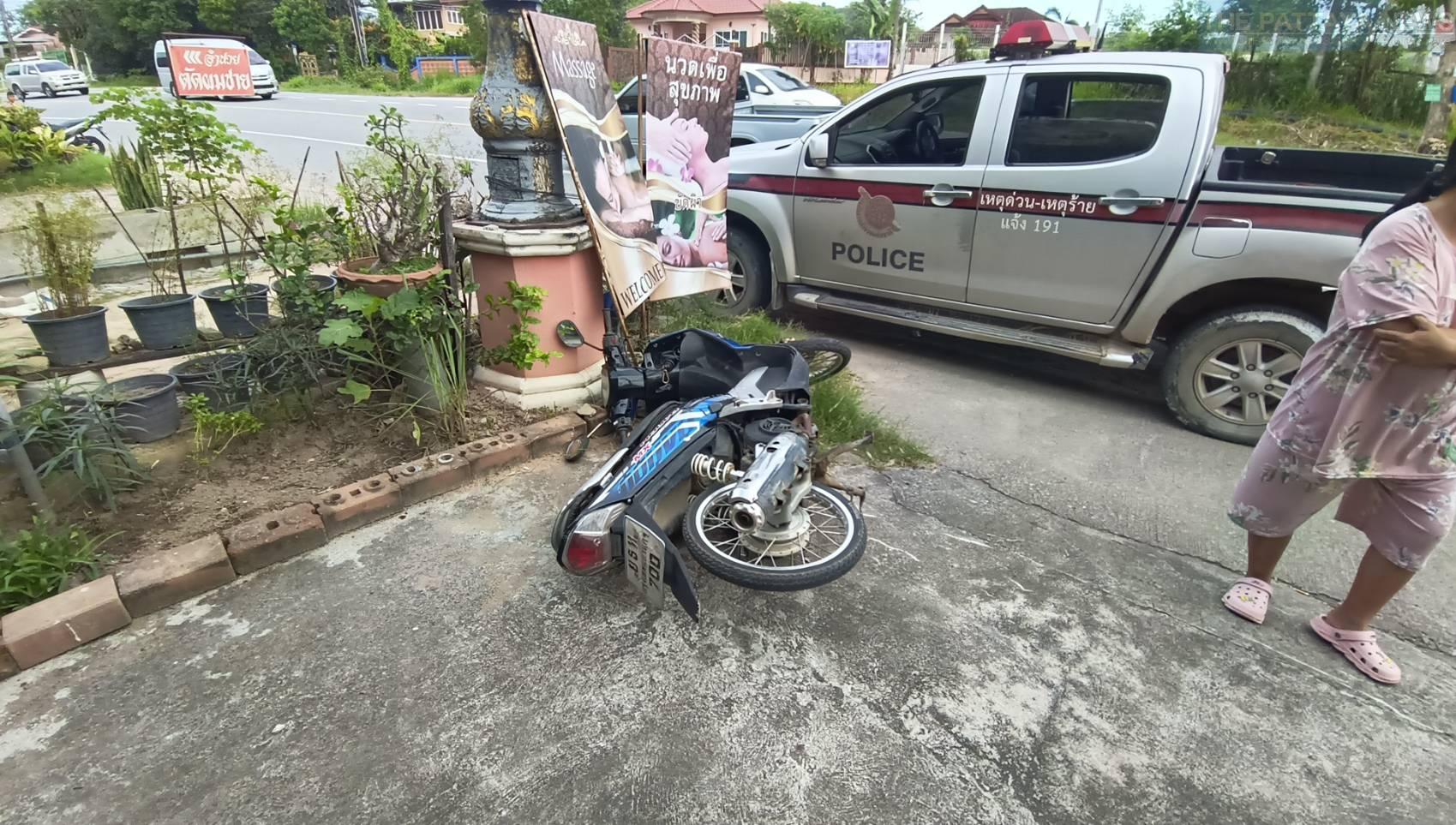 Another party, Chanathip Phochu, a 37-year-old sedan driver, was waiting at the scene to give his statement. He alleged that he was driving normally when the victim rear-ended him for unknown reasons. Chanathip insisted he did not do anything wrong, but Pattaya police said they would question the injured victim to be fair for both sides.