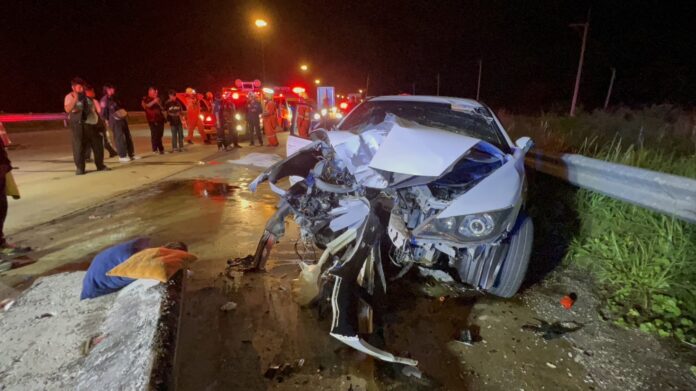 A sedan driver was killed after ramming his vehicle into a street barrier in Pattaya. His passenger, a 38-year-old woman, survived with non-life-threatening injuries.

The surviving victim, Ms. Kiatpan Chimthuam, was rescued from the car wreckage by Sawang Boriboon rescuers today, December 8th. Kiatpan sustained minor head injuries and bleeding, so the first responders administered first aid and took her to a hospital.

The wreckage was discovered on Motorway Route 7 in the Huai Yai subdistrict, Bang Lamung district at 5:30 AM. The sedan had rammed into a street barrier. Another victim, Mr. Badin Soianusorn, who was the driver, succumbed to his wounds inside the car. He was 41 years old, according to rescuers. 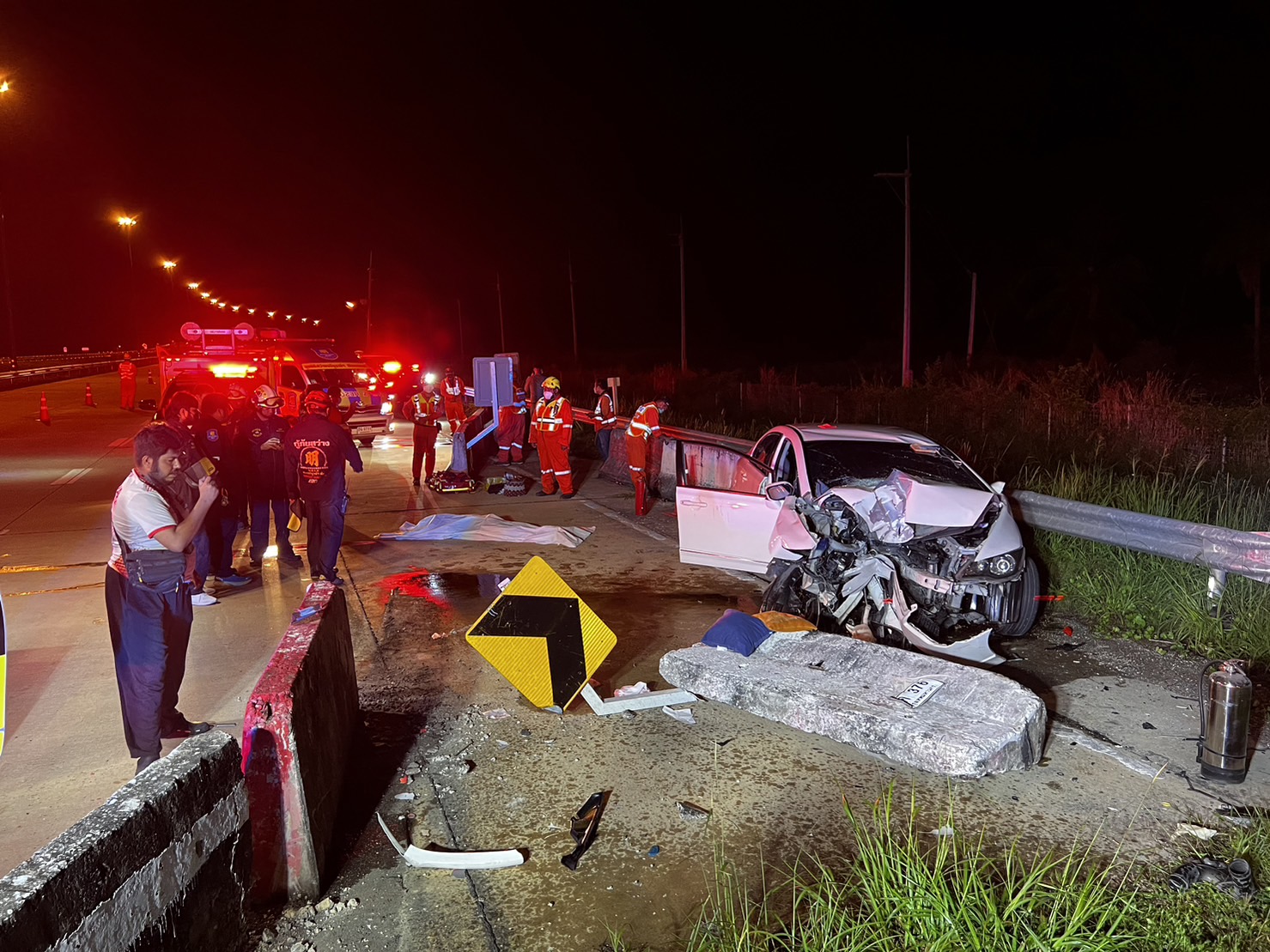 There was no eyewitness to the accident, stated Pattaya police. The officers suspected that the driver might have been unfamiliar with the road. However, CCTV cameras would be reviewed to establish the exact cause of the accident.
-=-=-=-=-=-=-=-=-===-=-=-=–=–=–=–==-