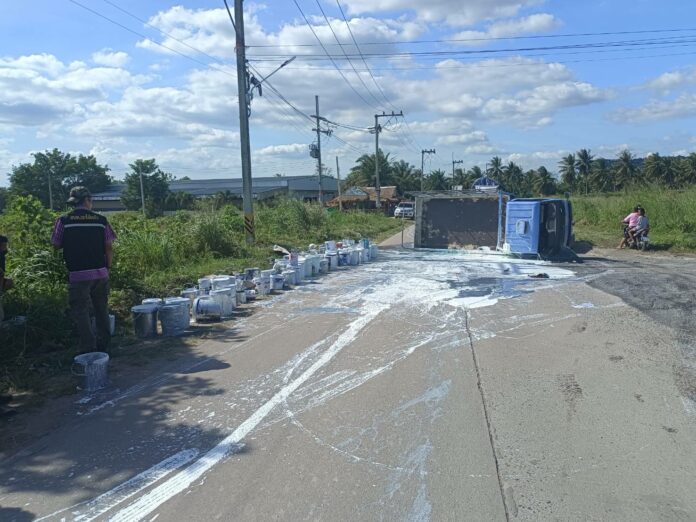 A truck carrying paint overturned and spilled paint across a road in the Banglamung district, stalling traffic for three hours.

The messy accident took place on Ban Thung Sa Kaew Road in the Khao Mai Kaew subdistrict in Chonburi on Tuesday, December 6th. Sawang Boriboon rescuers traveled to the scene around 4 PM to find one truck lying on its side across the road.

The overturned truck spilled dozens of paint buckets on the road and caused a one-km-long traffic jam for three hours. The truck driver, 38-year-old Apirak Liangwong, was covered in bright paint and suffered minor injuries. Another truck driver, Wichit Chantaeng, was also found at the scene with no injuries. 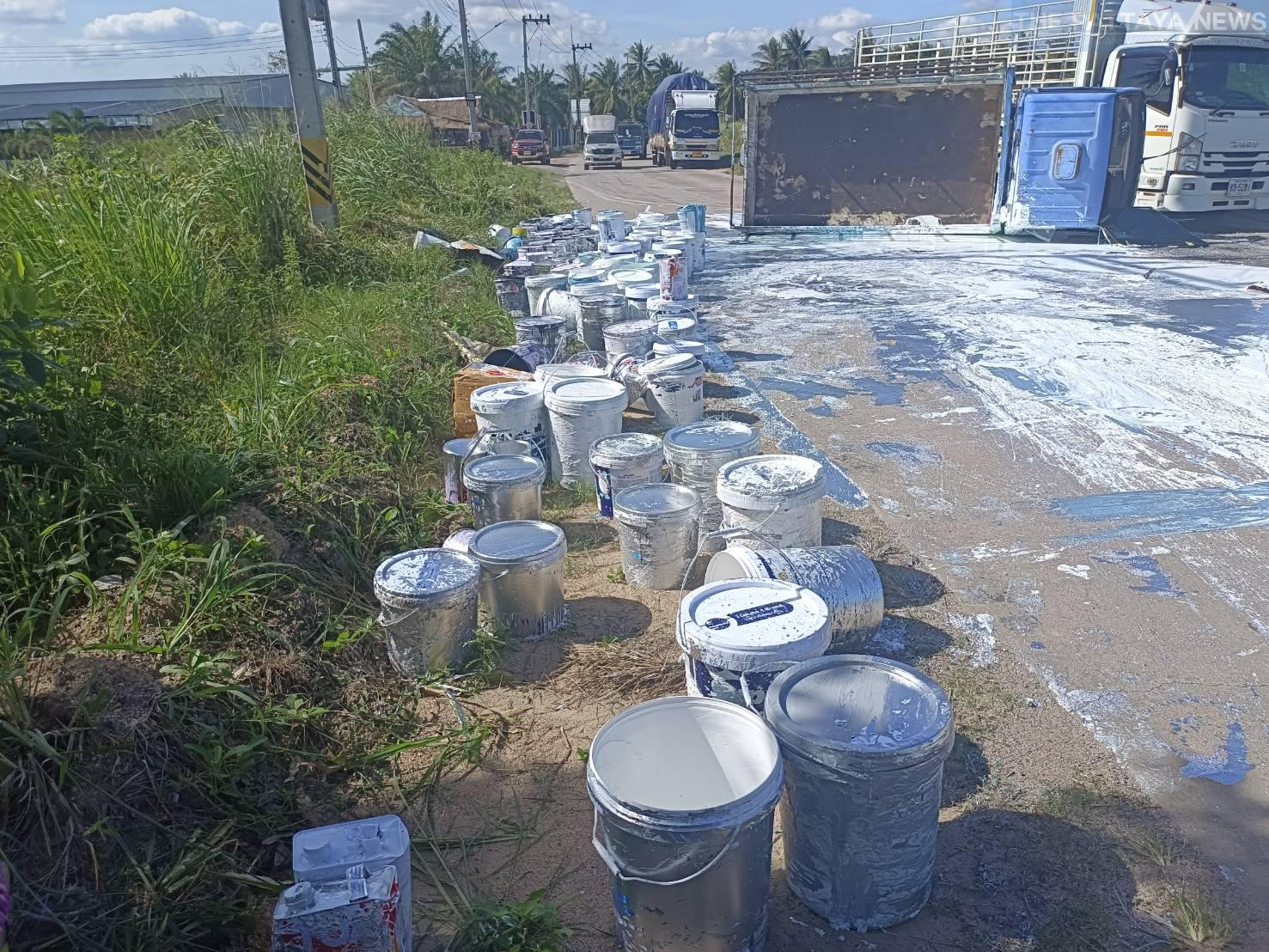 Apirak told the rescuers that he was carrying paint from Bang Saen to the Amata City industrial estate in Rayong province. He then lost control of his truck and overturned after trying to avoid Wichit’s truck that was emerging from the side street.

Both truck drivers and rescuers were later seen washing the paint off the road. 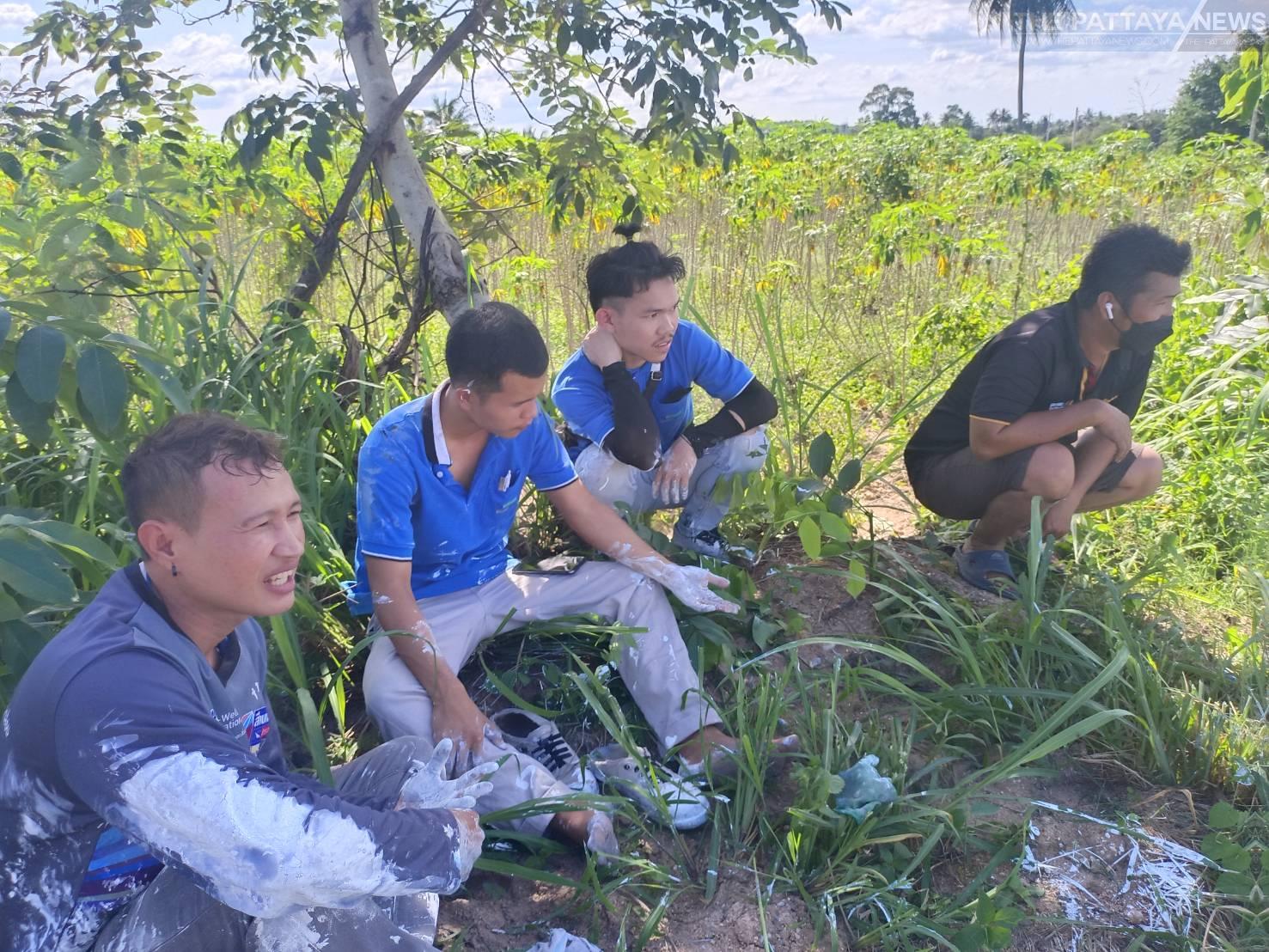