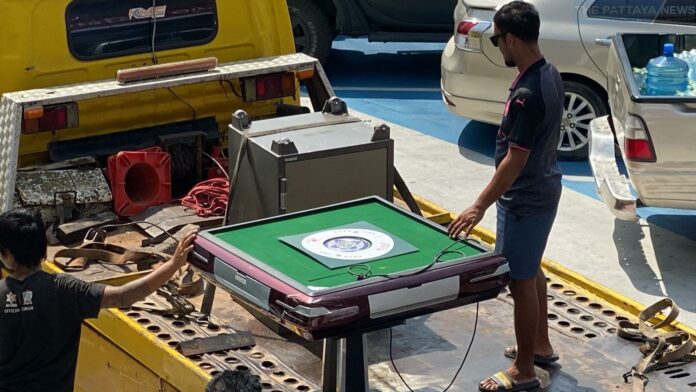 40 assets including illegal guns and ammunition in the possession of the Chinese owner of Club One Pattaya are set to be confiscated, according to Pattaya police.

An alleged Chinese kingpin owner of Club One, where hundreds of patrons fled police inspection and sachets of drugs were found, was arrested for using a fake Thai ID to conceal his real nationality.

The Chinese suspect dubbed “Ku Aew” was arrested in November after a police probe found that he had been using another man’s Thai ID to camouflage his real nationality to operate an entertainment venue in Thailand.

Police found a woman, 35-year-old Suwanna Tham-an, inside the condo. Suwanna was suspected to be Ku Aew’s girlfriend.

Pattaya police stated that the suspect’s assets would be kept as evidence and that his girlfriend would be charged with illegal possession of firearms.