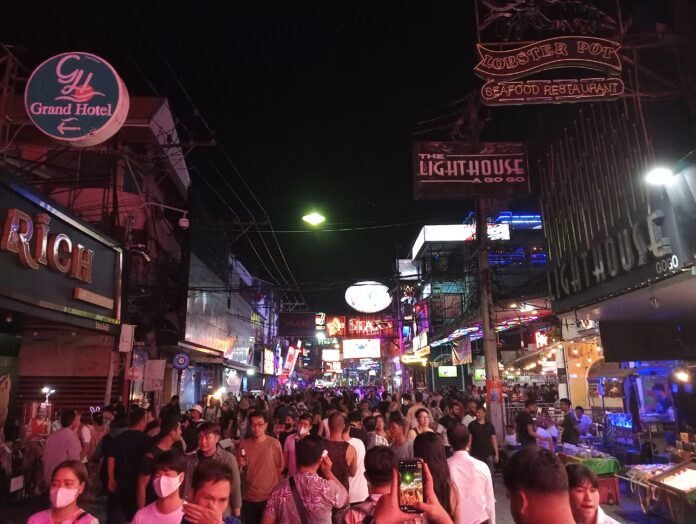 The Royal Thai Immigration has been currently conducting an overstaying crackdown across Thailand dubbed Operation X-ray in some areas and Pattaya is not exempt.

TPN media has reported of multiple overstay arrests and actions taking place across Thailand over the past few days from small overstays like this, to much longer overstays caught like this one.

The campaign is officially running from December 1st to December 10th and is aimed at ensuring safety for the upcoming Christmas and New Year’s holidays. Royal Thai Immigration has also recently warned this was coming, essentially telling those on overstay that if they came in to speak with them and sort the situation out in person they would avoid being arrested and being on the news.

That being said, based on daily reports of arrests of those on overstay it seems many were hoping to lay low or avoid Immigration, yet are still being found. Not only is Royal Thai Immigration using records of those known to be on overstay and still in the country but documentation checks are also taking place.

For example, last night, December 5th, many TPN readers reported Immigration agents in the popular Treetown entertainment complex during the World Cup games asking patrons to provide proof of their legal status in the country. Copies of one’s passport and stamp, even on a phone, were being accepted but for those unlucky enough to not have any proof on them they were subject to further actions and checks.

Meanwhile, near daily raids on bars and nightclubs in Pattaya have also taken place with patrons being asked to produce their passport and stamp or a copy.

For now, the overstay crackdown is continuing and Immigration has reminded all tourists and expats to have proof of their legal status in the Kingdom at all times. As stated, copies are accepted.