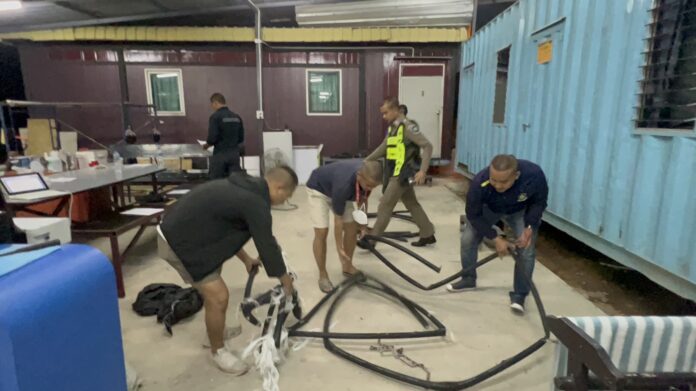 Two men were arrested for allegedly stealing cables worth more than three million baht from the Chonburi highway department.

Highway department officials apprehended the two suspects, Nikhom Nonkaew, 40, and Chaimongkol Aranthong, 30, along with a large amount of fiber optic cables in their possession.

The two suspects were nabbed red-handed while coming back to retrieve the cables on a motorway road in the Huai Yai subdistrict of Banglamung, Chonburi. The cables were hidden in the roadside woods with their Honda Wave 100 motorcycle and cutting tools. 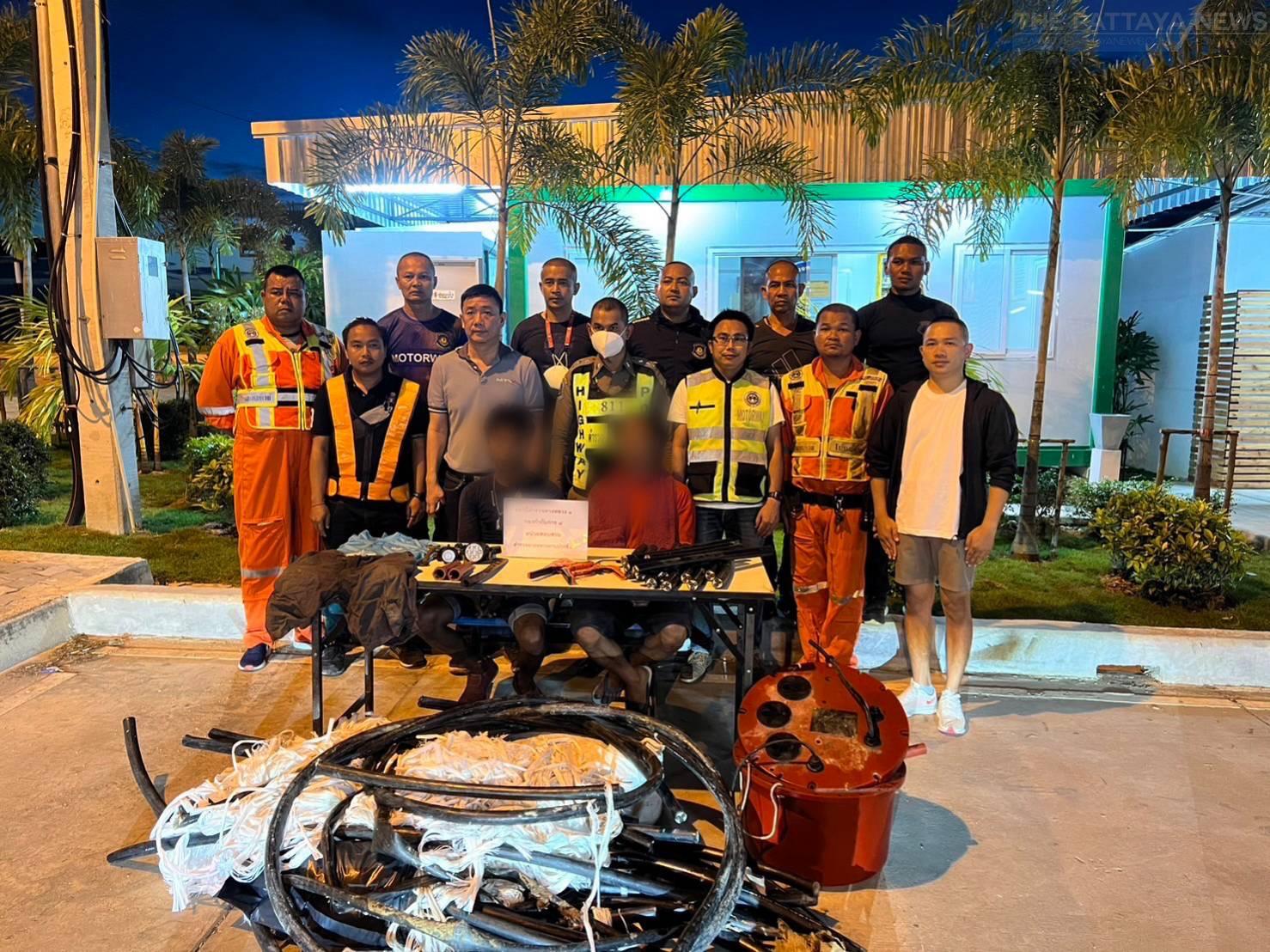 The arrest came after the highway department officials found that many cables on the roadside had been stolen on December 3rd. The officials then reviewed CCTV footage and saw that the thieves concealed their equipment in the woods, so the officials hid in the woods to ambush the suspects when they came back.

The officials said the two thieves had caused more than three million baht in damage. 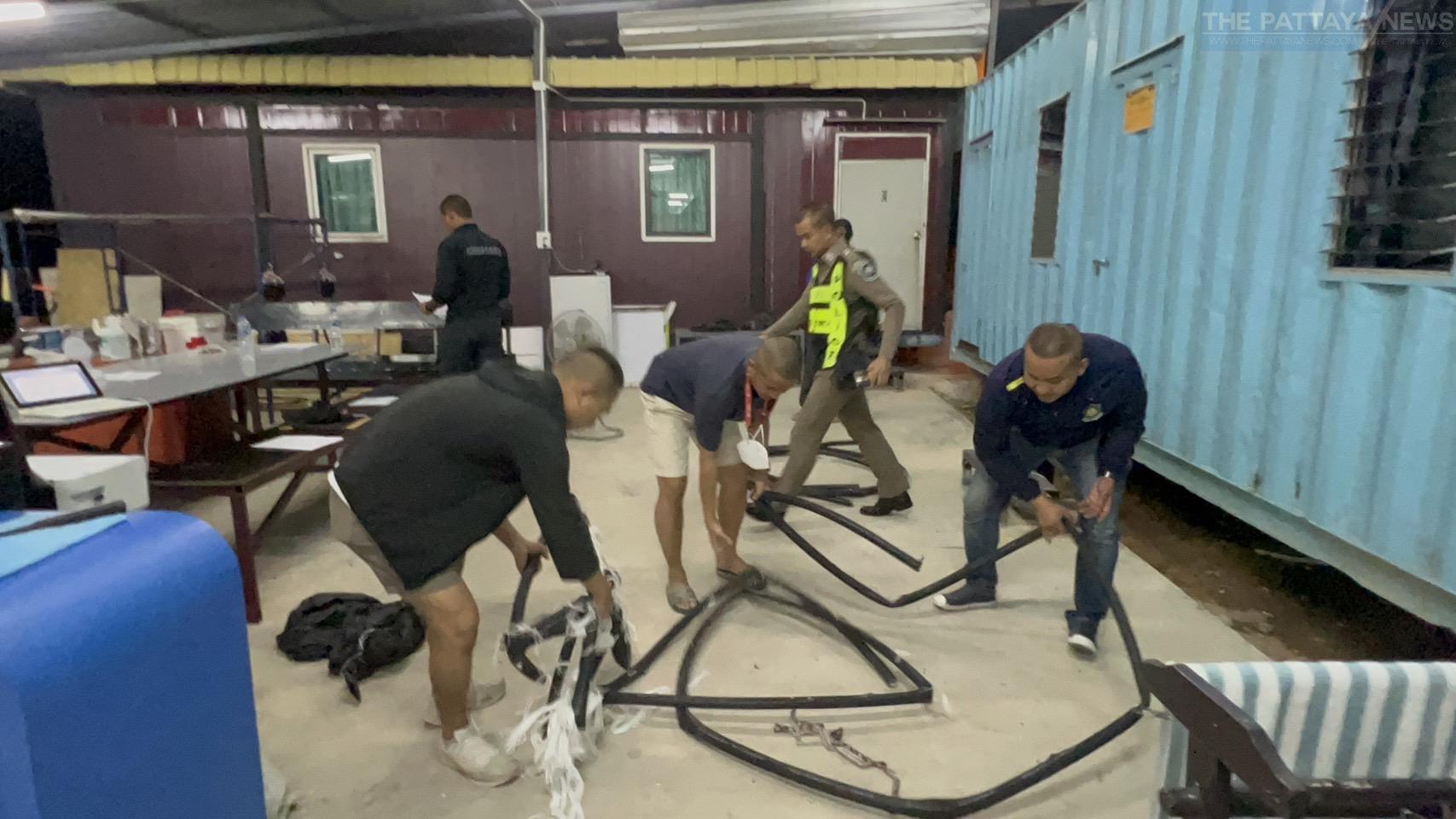 During the interrogation, Nikhom and Chaimongkol confessed to the theft allegations and said they were relatives, according to the officials. The two also admitted that they intended to sell the cables to use the proceeds to buy illegal drugs.

The suspects were transferred to the police station and holding cells to proceed with legal action.