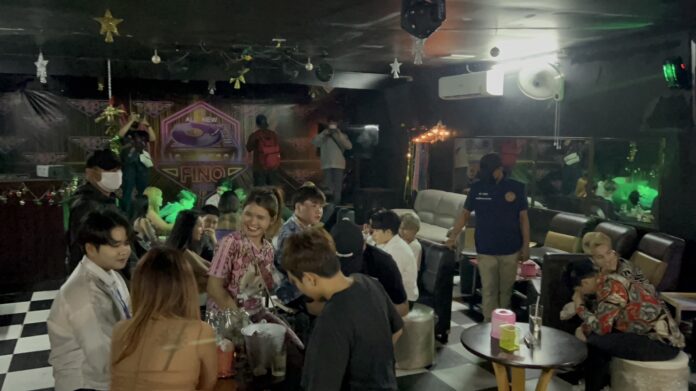 The Thai Tourism Minister, Phiphat Ratchakitprakarn, who is also in charge of sports, stated today to the Thai media that the Thai Cabinet will discuss a proposal to extend legal nightlife closing in tourism areas on December 6th, Tuesday.

The Minister did not say why the proposal was not addressed last week as he originally told the media the matter would be. The matter has been in flux for many weeks now even as some areas like Pattaya hard enforces nightly raids in tourism zones at 2 AM, leading to many complaints from tourists on social media.

Phiphat even called the proposal a New Year’s gift to Thais and tourists. If approved, which is by no means guaranteed as many anti-alcohol organizations have opposed the measure, tourist areas like Bangkok, Phuket, Krabi, Phang Nga, Chonburi (Pattaya), Prachuap Khiri Khan (Hua Hin) and Surat Thani (Samui) will be legally allowed to open entertainment venues until 4am in tourism areas. It will also need approval from local leaders and governors if the Thai Cabinet approves the measure.

Phiphat also plans to propose another round of We Travel Together, a domestic travel discount campaign primarily aimed at domestic tourists. TPN media will keep you updated on these proposals throughout the week.