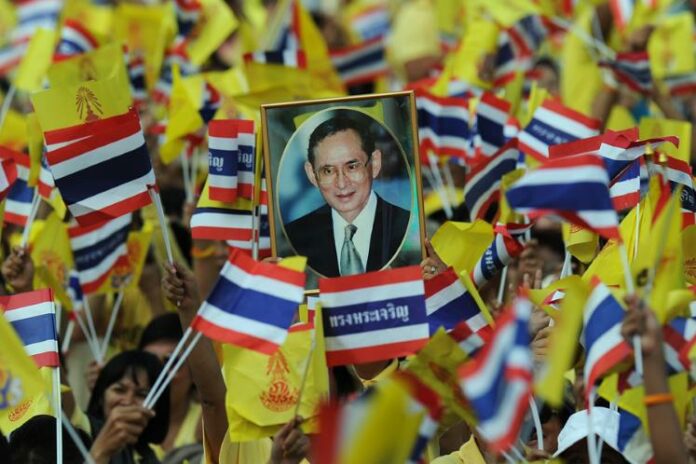 Tomorrow (December 5th) is the birthday of the late, great King Bhumibol Adulyadej, which has been marked as Father’s Day in Thailand for decades.

Despite his passing on October 13th, 2016, December 5th still acts as a remembrance of His Royal Majesty The Great King Bhumibol’s birthday and is still a celebration day and a public holiday for Thai people.

Being the father of the current ruling King, Maha Vajiralongkorn, and the symbolic father to many Thais, King Bhumibol’s birthday on December 5th is celebrated annually as father’s day nationwide.

The occasion offers Thais a chance to visit and pay respect to their fathers often by giving them a canna flower known in Thai as dok phuttha raksa. People also wear yellow shirts, the color that represents Monday, the king’s birthday, to honor the late king and express gratitude for his life’s work.

Throughout his seven-decade reign, King Bhumibol had averted numerous national disasters through his intelligence, fortitude, and compassion since his royal coronation in 1949. Hundreds of his royal projects and his self-sufficiency philosophy, which has been praised globally, continue to improve Thai people’s lives till these days.

The Pattaya News team is thankful for his works, and we hope tomorrow will be an amazing day for every father and their families in the country.