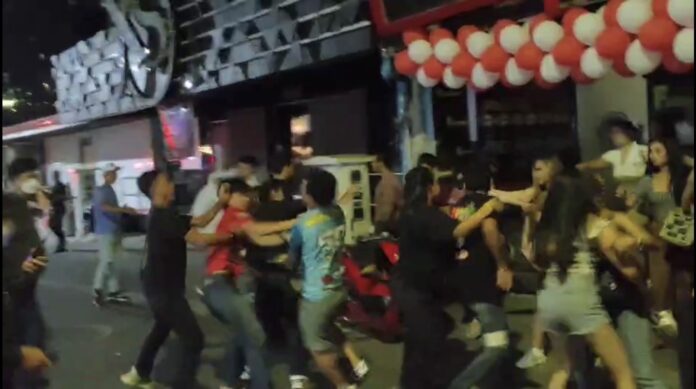 Female go-go staffers on Pattaya Walking Street reportedly broke into a streetfight this morning after a verbal altercation that escalated to a physical conflict and spread to a wider group of people and bystanders, including boyfriends of those present and security guards.

One unidentified person was stabbed and injured during the incident and the suspect in the stabbing has since turned himself into Pattaya police claiming self-defense.

The Pattaya City Police was notified of the incident at 2:30 A.M. early this morning (December 3rd). They and the Pattaya News arrived at the scene at the entrance of a gogo near the Beach Road end of Walking Street. The name of the gogo was withheld by Pattaya police pending a further review of the incident.

Witnesses at the scene, who asked to be anonymous, told the Pattaya News that two female go-go staffers named ‘Pum’ and ‘Fon’ were arguing and fighting in the street in front of the gogo after closure. Pum called her boyfriend to assist her with the issue before he arrived at the scene. The exact nature of the dispute was unclear and the parties involved did not discuss it at length with the press or law enforcement.

Pum’s boyfriend then argued with male gogo staffers about the situation before a physical confrontation erupted, with both sides accusing the other of starting the fight. Several parties ran into Soi 15 and one person was reportedly stabbed. This person, whose identity was withheld by police, sought medical treatment later.

The scene was described by law enforcement present as “chaotic” and descriptions of the instigators and those responsible varied from witness to witness. Pattaya police reviewed CCTV to identify the aggravators in the fight but the suspect in the stabbing turned himself in later this afternoon, December 3rd. 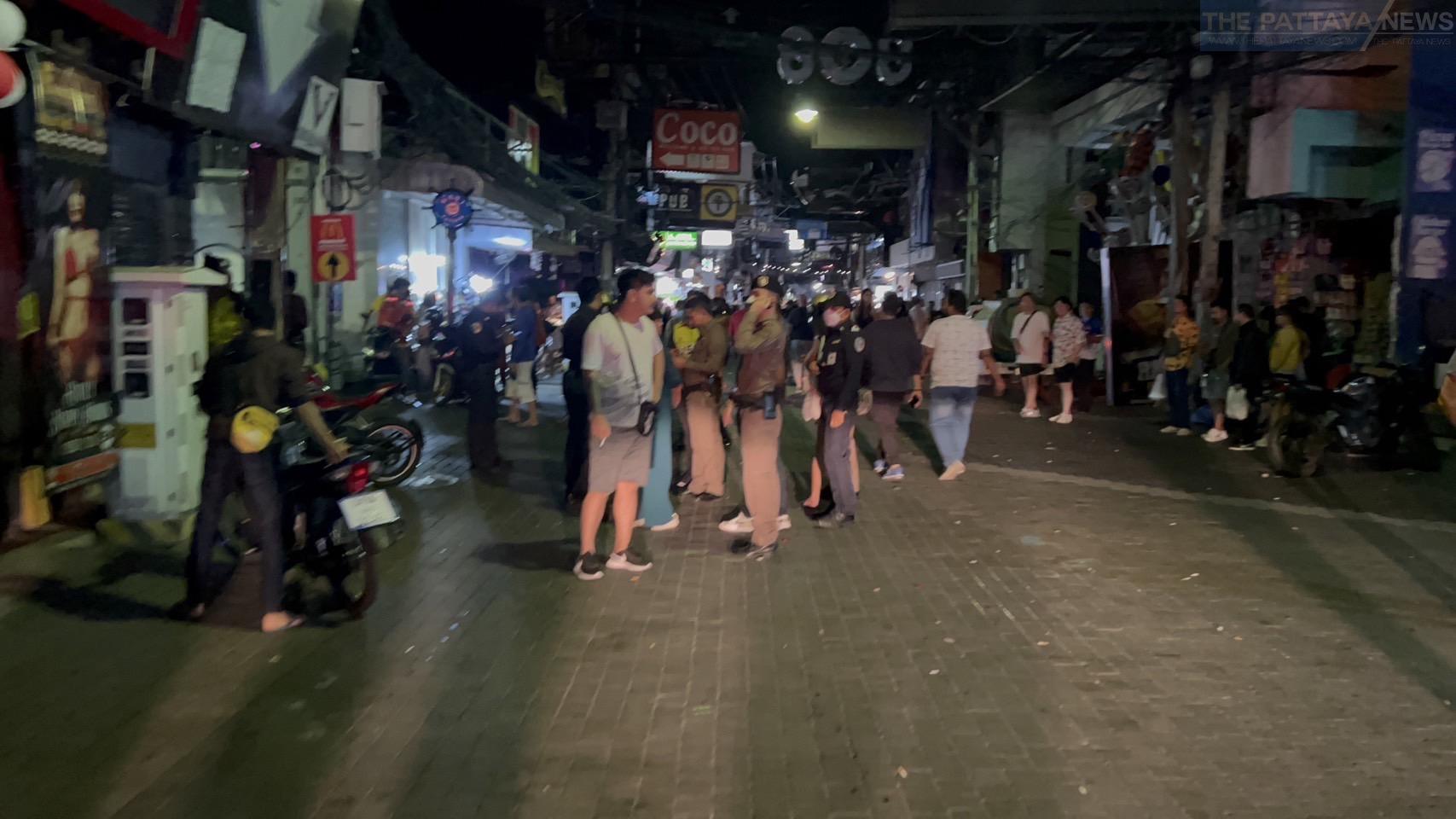 Mr. Warayut told the police, “I was waiting for my girlfriend to finish work to bring her home near the gogo. My girlfriend is a colleague of Pum’s and Fon but was not an instigator in the fight. She tried to stop those who were fighting and de-escalate the situation but my girlfriend was then attacked by a group of men in the chaos. I tried to help her escape from the chaos but those men attacked and chased after me instead.”

“I grabbed a kitchen knife that someone has dropped on the street nearby. I stabbed someone randomly to protect myself before I ran away from them. I presented myself to the police as I want to prove that this was self-defense. I don’t want to hurt anyone, I was merely trying to protect myself and my girlfriend and the situation got out of hand.”

Police are continuing their investigation for further legal action and are summoning those involved for interviews and legal charges. More review of CCTV and discussion with gogo staff and management is ongoing to determine the sequence of events that led to the fight and stabbing. 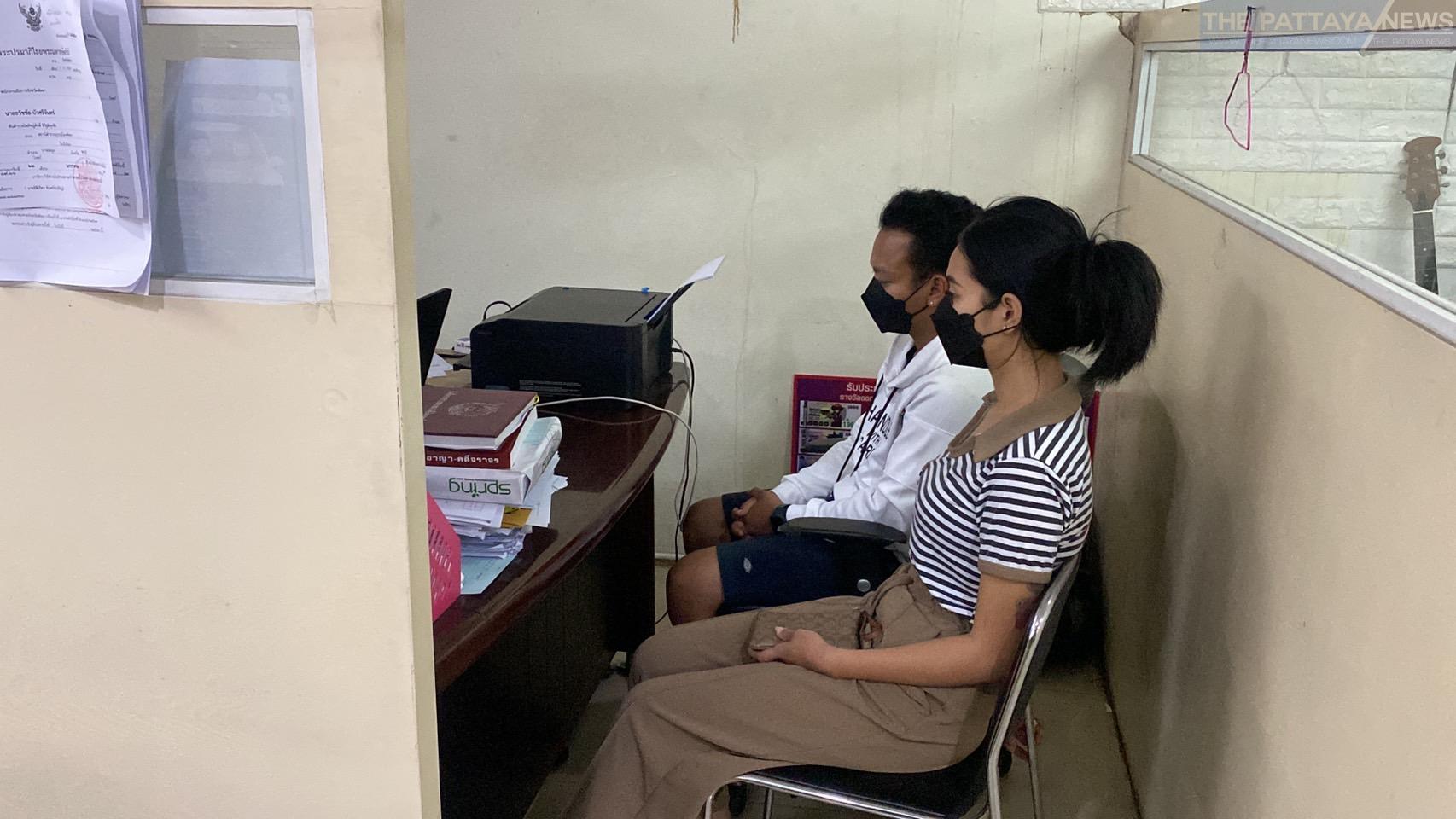