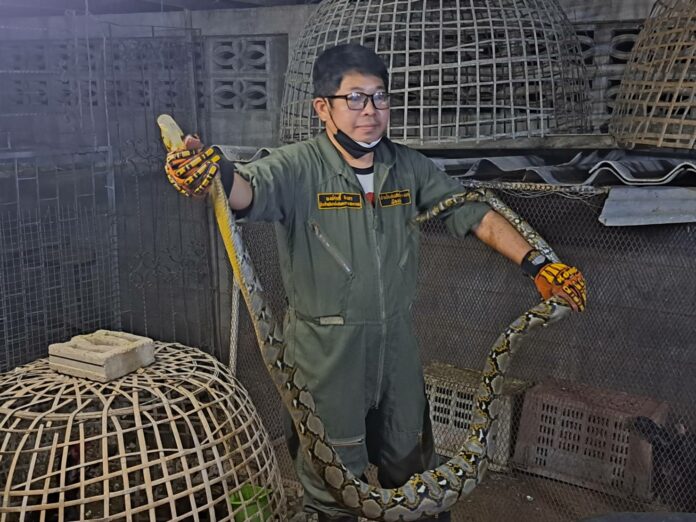 A 2-meter-long python was caught after gulping down two chickens at a Pattaya residence.

Emergency responders were called by a shocked house owner, Jai Kakphet, at 2:30 AM to catch a massive phyton curling in his chicken coop yesterday, December 2nd.

The 49-year-old told the responders he heard his chickens squeaking, so he rushed to the chicken coop only to find the python already devouring his two chickens. 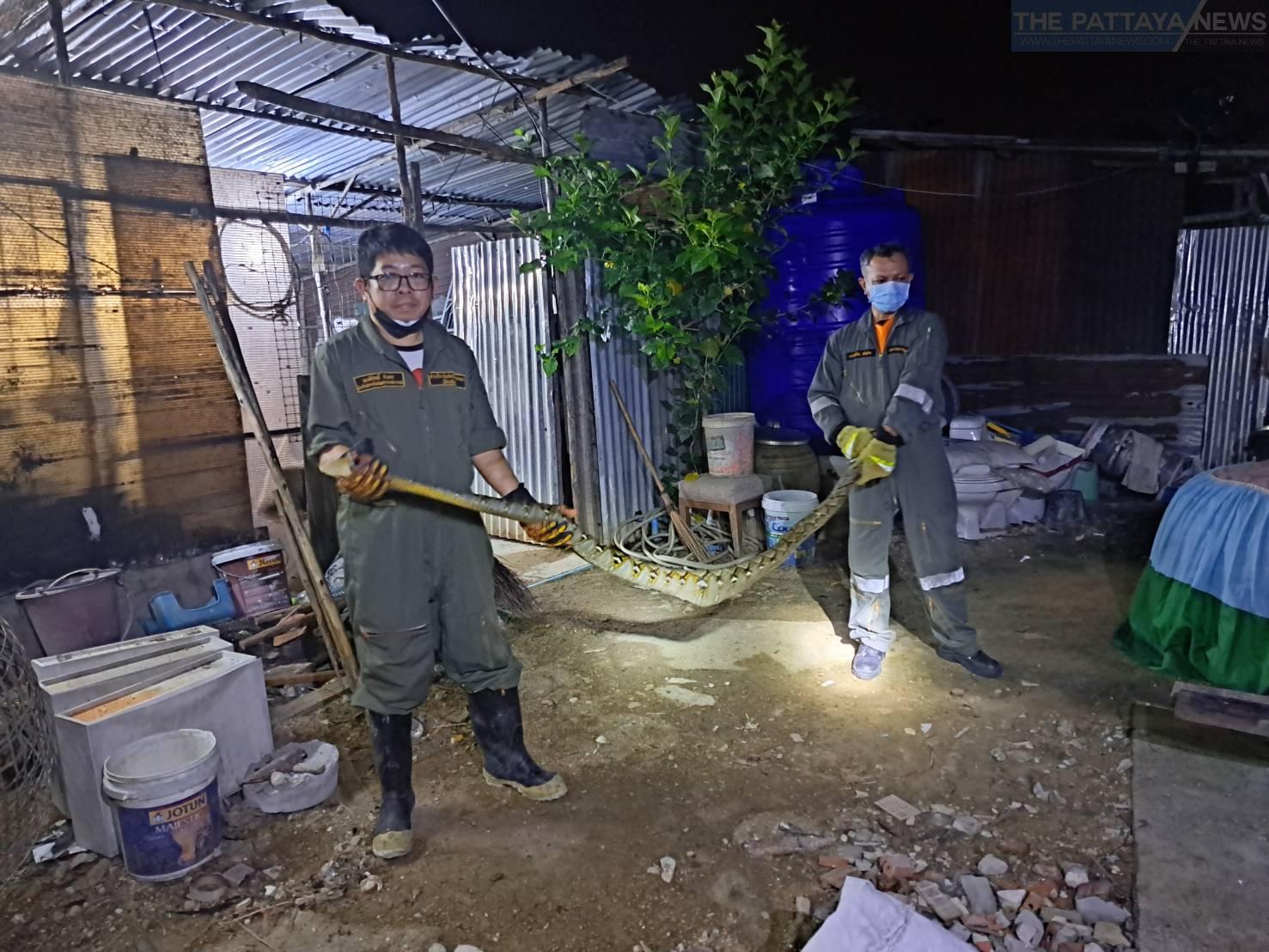 The responders told The Pattaya News the python was about two meters long. The creature could not slither away because it was full after eating the chickens. The python was safely caught and would be released in the woods far away from the residential area. 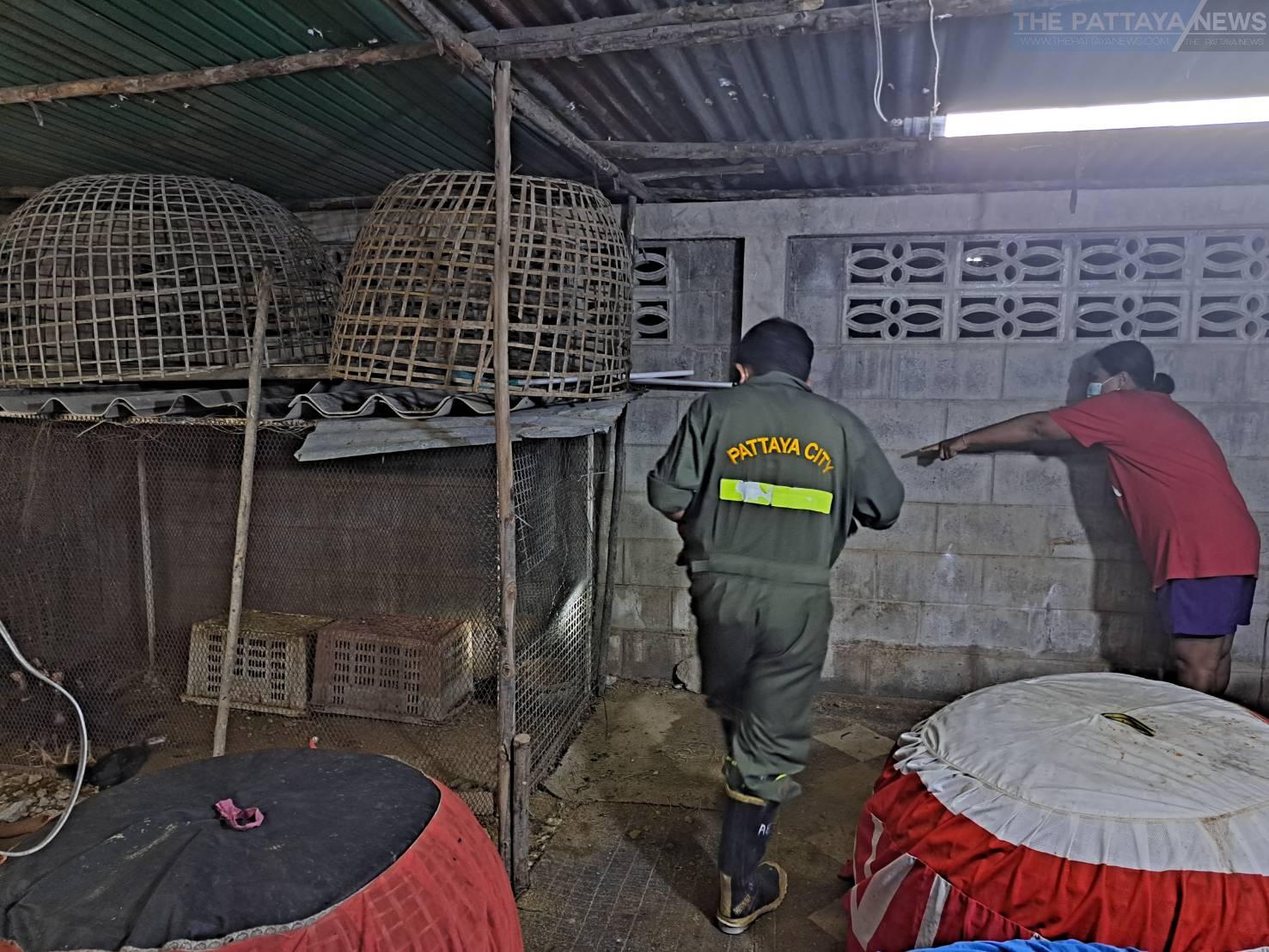