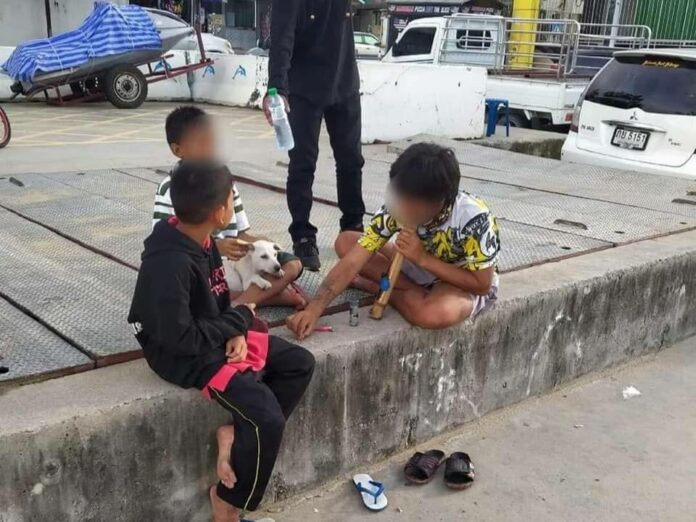 The Thai Public Health Minister and the main proponent of marijuana decriminalization Anutin Charnvirakul said he was set up after a picture of 9-10-year-old kids smoking cannabis on Pattaya Beach went viral on Thai social media.

The picture of a group of young kids smoking cannabis from a bamboo bong made headlines today, December 2nd after it was posted on Facebook by a concerned citizen, 35- year-old Krittiwat Matrong, who walked by the group on Pattaya Beach.

The kids were 9 and 10 years old, according to Krittiwat, and they were homeless and had no parents. An unidentified 25-year-old man was with them, chopping cannabis and handing it over to the kids to conveniently smoke from a bamboo bong, Krittiwat stated.

On his Facebook, Krittiwat wrote, “Look how far we have come, 9 and 10 years old kids are smoking cannabis nowadays. What is happening to our society? What are the authorities doing?…”

Netizens are concerned about the kids’ well-being because smoking cannabis at such young ages could be harmful. The incident also fueled calls for cannabis re-criminalization from opposition politicians.

In response, Anutin Charnvirakul, Public Health Minister, who was visiting Phrae province, stated that whoever provided cannabis to the kids had broken the regulations about not selling to those under the age of twenty and must be arrested. The regulations clearly stipulated that cannabis was banned for kids.

However, Anutin was doubtful about the incident, saying it might have been set up to undermine him for unknown reasons. The minister stressed cannabis was never meant for recreational reasons in the first place. 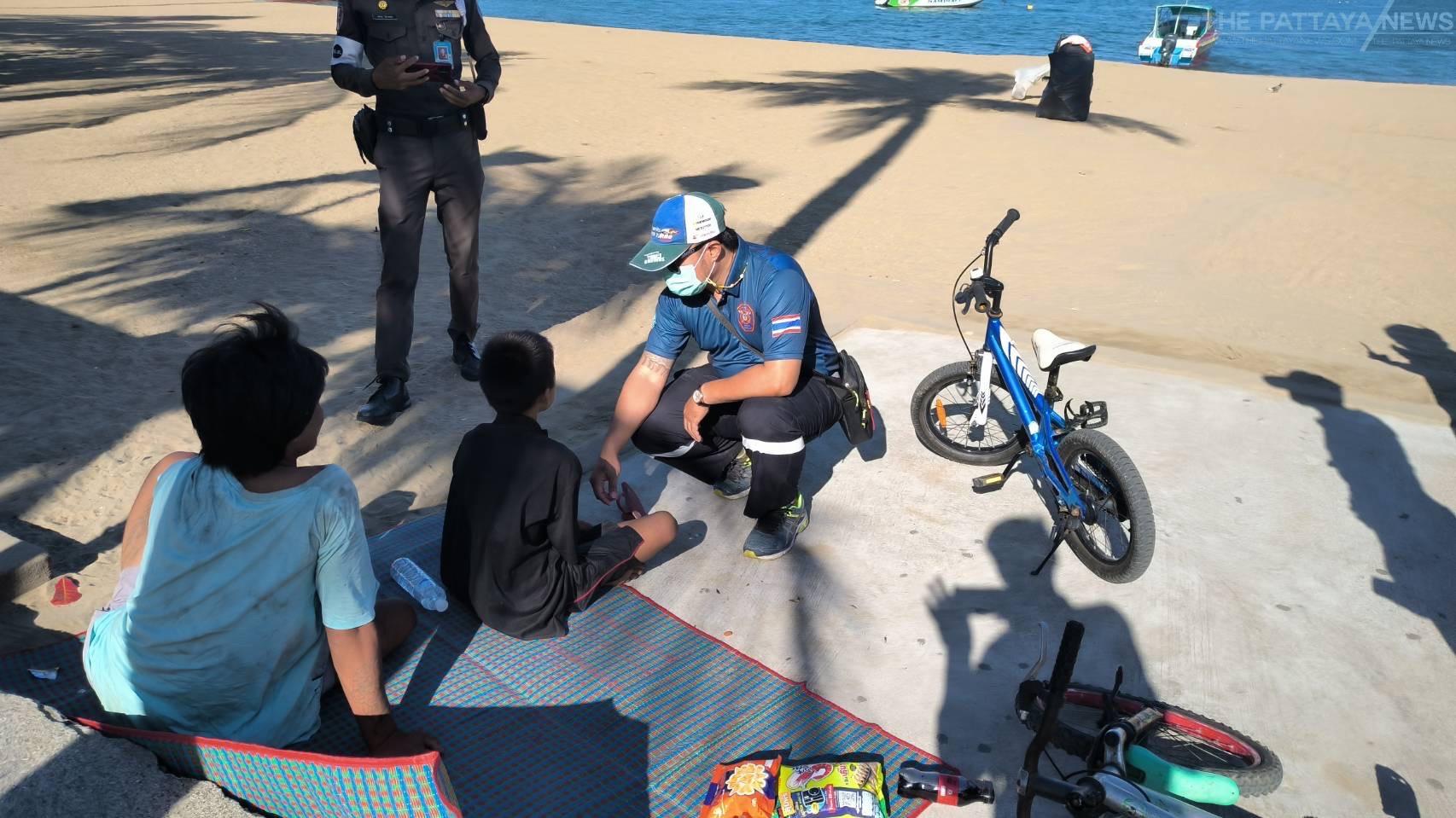 Meanwhile, according to the latest update, Pattaya police found the kids sleeping on the beach around noon today, December 2nd, and took them to Banglamung Hospital. Police revealed the kids ran away from the homeless children’s center.

The two kids would be transferred back to the center again, but this time relevant officials would closely monitor them. Natthamon Kijdamrongkul, head of the Chonburi children center, said the kids escaped from the center because of their behaviors. She tried to ask where they received the cannabis from but they refused to tell.

The kids also had a pet dog, which seemed to be their best friend, TPN notes. The dog was allowed to go with them. 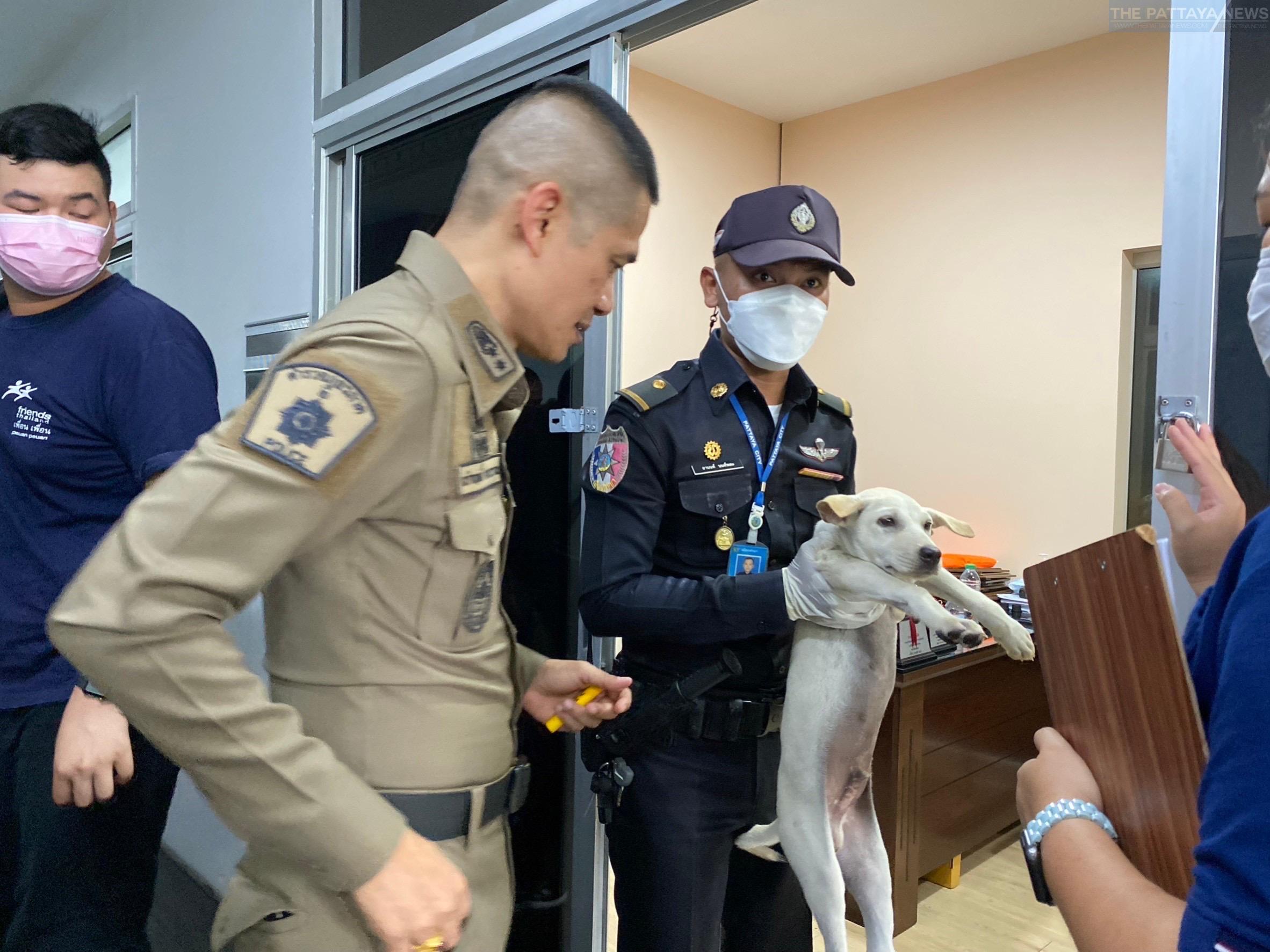