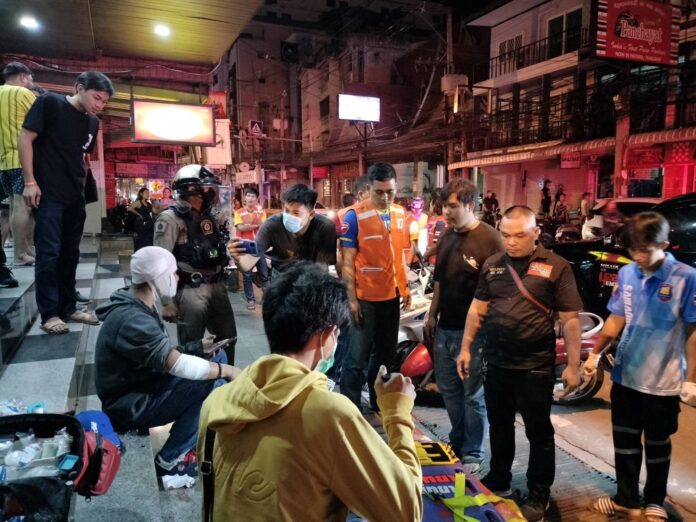 Two men were shot and injured after an argument in Pattaya turned into a violent brawl.

Legal officers and rescuers rushed to stop a street fight that broke out behind Mueang Pattaya Eight School on Pattaya Second Road today, just a few meters from Walking Street, December 1st. At 3:46 AM, the officers arrived to find two men, Mr. Tontrakarn Phasuk, 22, and Mr. Disorn Tokhan, 24, lying on Second Road in front of a hotel and Indian restaurant, bleeding heavily.

Multiple witnesses, including several Indian tourists, were nearby shocked over the incident in a major tourism area. 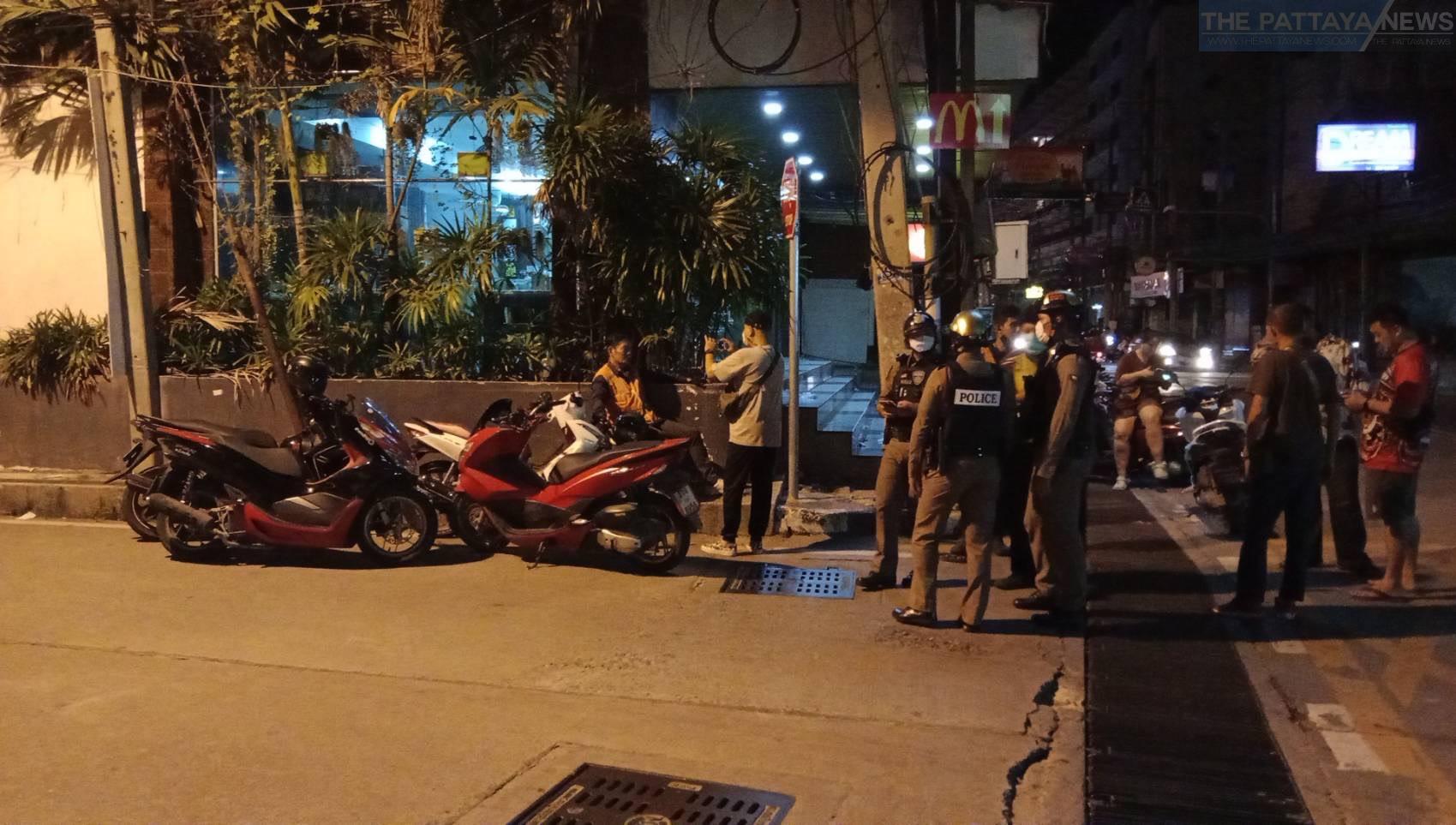 Tontrakarn told police he had an altercation with a second group of men earlier at an unnamed pub over giving him a “wrong look” and had challenged to meet them here to settle the dispute. Tontrakarn and Disorn came alone, but the suspects unexpectedly arrived in a gang of four men, armed with a knife and a pistol.

Without saying any words, according to Tontrakarn, the suspects charged at the two men and reportedly struck Tontrakarn’s head with a knife and shot him and his friend, and then left. 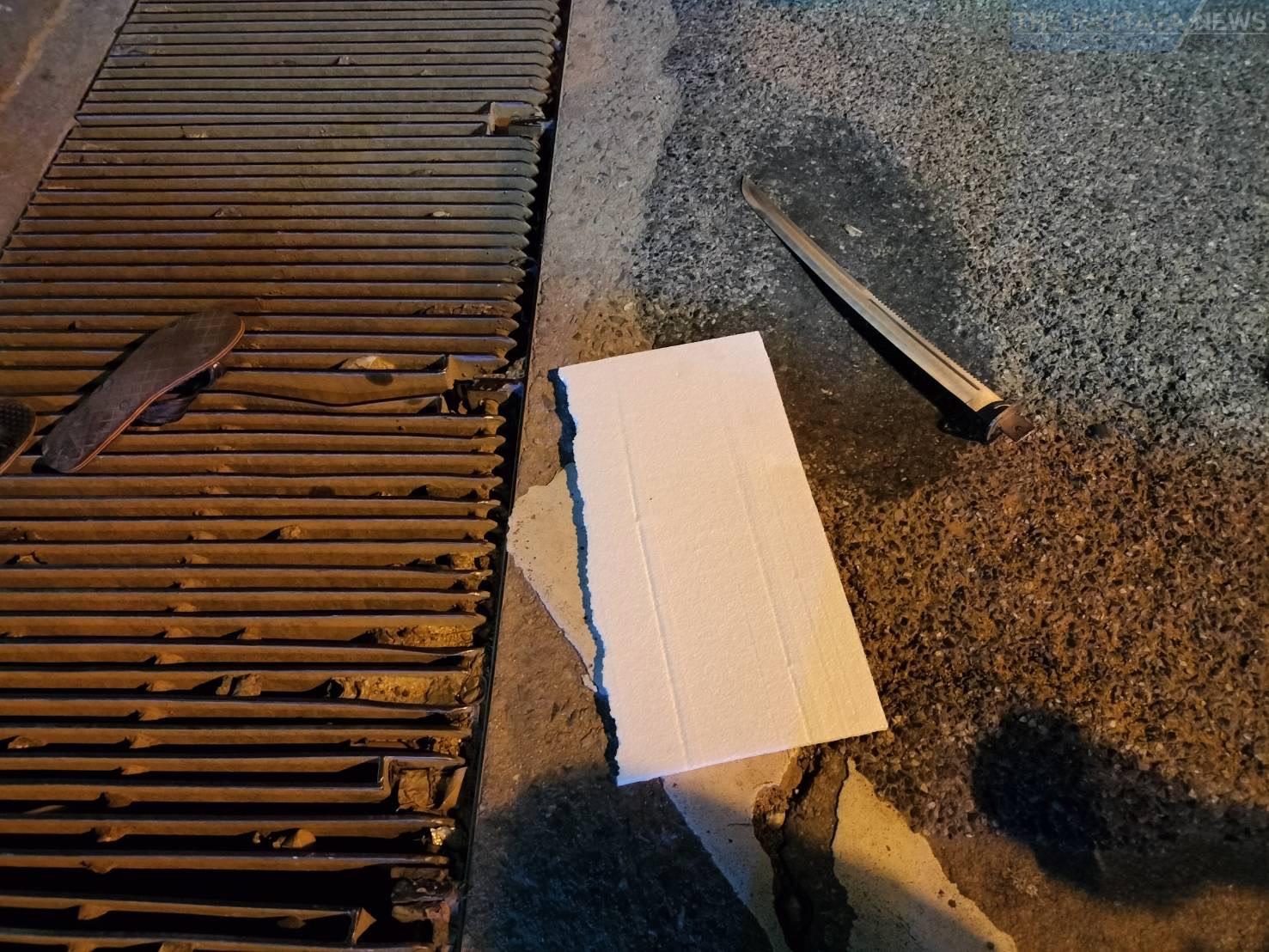 An unidentified eyewitness to the incident told police he recorded the situation with his phone and would give it to the police. The footage was not released to the media at this time pending the police investigation.

The victims were transported to a nearby hospital. Legal officers had already been dispatched to search for the four suspects.