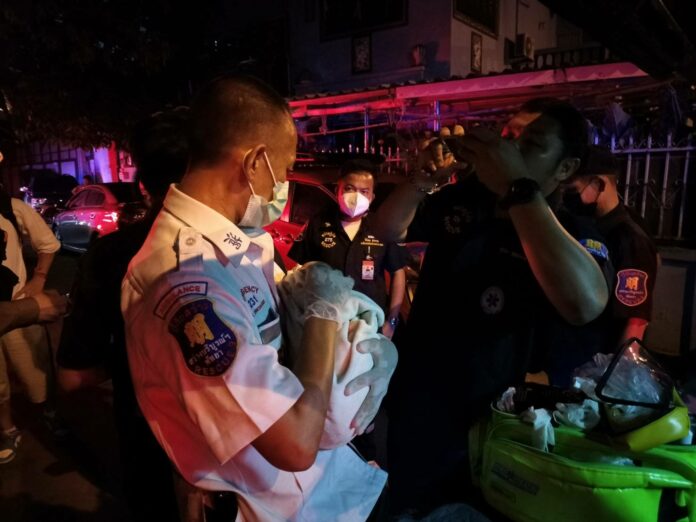 A newborn baby was found alive and rescued from a pile of garbage in Pattaya reportedly after being abandoned by a teenage mother.

The baby was discovered by a 54-year-old good Samaritan, Mr. Surachai Kaewpha, at 6 AM today, November 27th. Surachai told The Pattaya News he heard a faint cry from a roadside pile of garbage and decided to rummage through the pile until he found the baby stuffed inside a plastic bag.

The incident scene was in Soi Phothisan 1/1 in the Naklua subdistrict of Banglamung, Chonburi. 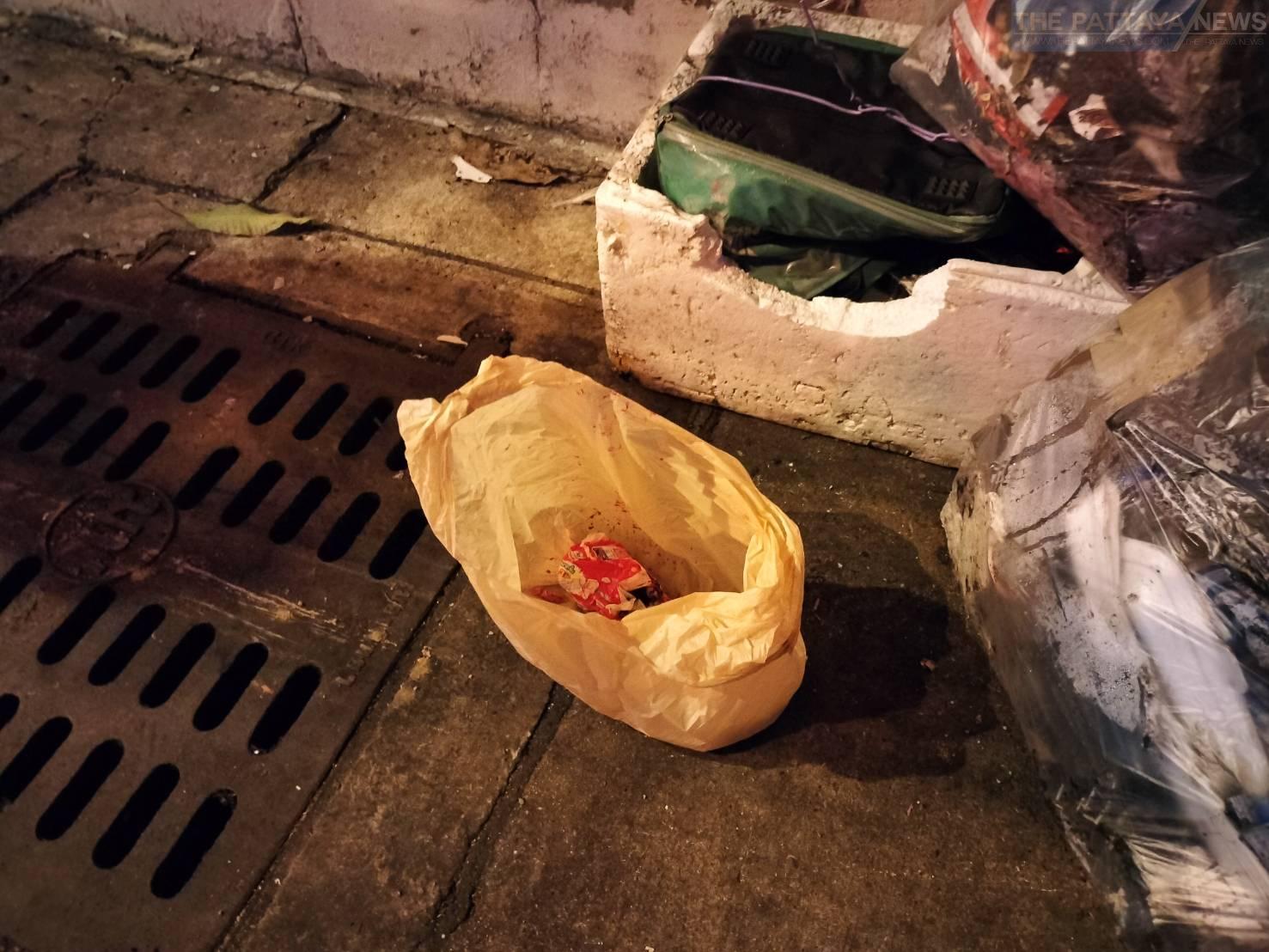 A group of onlookers left their houses to look at the newborn baby, reportedly criticizing its careless mother. The baby was male and wrapped in bloody tissue paper, according to Sawang Boriboon rescuers. He was safely transported to Banglamung Hospital to be taken care of by medical staff.

One of the rescuers, Mr. Thanapong Okun, told The Pattaya News he received a report about an injured female teenager aged around 17-years-old one hour before the baby was found. The teenager was reportedly bleeding heavily and leaving a trail of blood at the stairs and the floor of her rental apartment building. 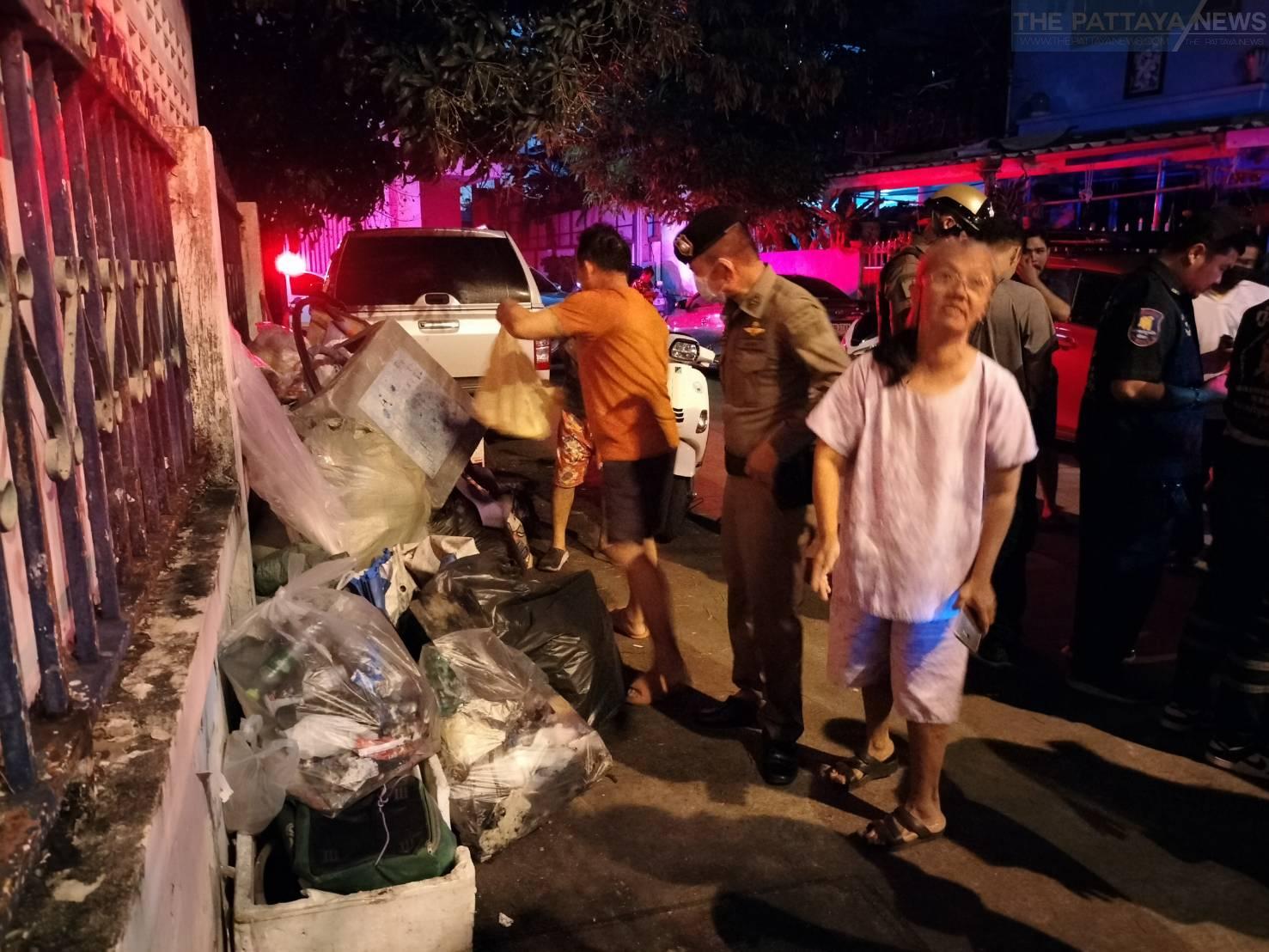 The unidentified teenager was rushed to a local hospital. Thanapong said the teenager told him she was only on her period. CCTV footage, however, showed that the teenager was carrying a plastic bag as she exited her apartment building and came back without it.

Pol. Lt. Col. Nattawat Ploenchit, an investigation officer from the Pattaya police station, said the infant weighed 3.7 kg and was in good health. He was receiving necessary care at Banglamung Hospital. The officer would question the woman appearing in the footage later to identify if she was the mother.