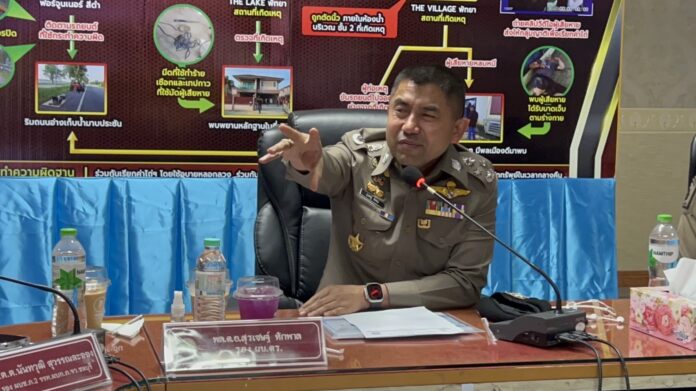 Chinese suspects along with the victim whose finger was amputated for a 37-million-baht ransom were set to be deported from Thailand and blacklisted from entering the country for illegally staying in the kingdom on student visas.

Deputy National Police Chief Surachate “Big Joke” Hakparn announced the close of the abduction case involving Chinese kidnappers who abducted their own former friend from Walking Street and chopped off his finger for a ransom in October.

The two kidnappers, Mr. Zhang “Tatao” Delong, 30, and Mr. Zhang Wenjia, 25, were arrested in Bangkok and charged with colluding in extortion, detention, physical assault, and stealing at night. An investigation also discovered that the two suspects and the victim illegally stayed in Thailand on student visas, so all three of them would be deported and blacklisted, according to Big Joke.

The Thai immigration officials who granted student visas to the Chinese suspects were undergoing disciplinary punishment.

Big Joke revealed the suspects crossed from Cambodia to Thailand to escape an intense crackdown on illegal migrants in Cambodia driven by the Chinese government.