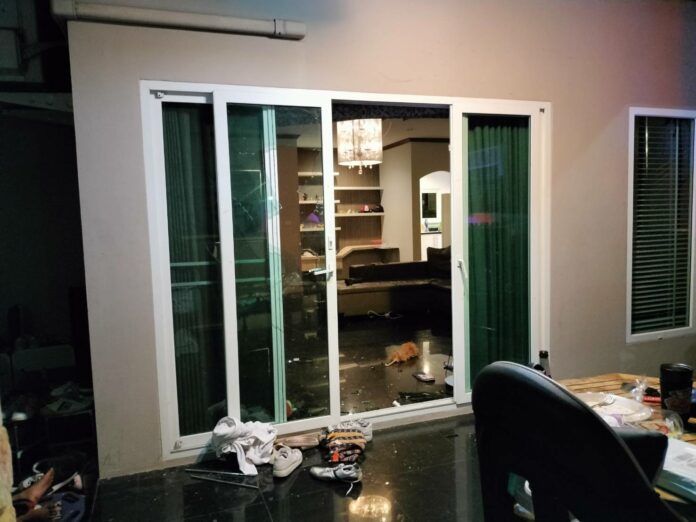 The incident took place at a residence in the Eakmongkol 8 Village in Banglamung’s Nongprue subdistrict, Chonburi. Sawang Boriboon rescuers received a call from an unidentified Good Samaritan to help a domestic violence victim and rushed to the scene at 4:30 AM.

The victim, Ms. J (name withheld to protect her privacy), 20, was found lying on the ground crying in pain on the front porch of her house. Rescuers administered first aid to the bruises around her body and rushed her to a hospital. Sawang Boriboon rescuers encountered an unidentified Caucasian male foreigner believed to be in his thirties in an intoxicated state at the house. The man was suspected to have beaten the young woman. He was reportedly aggressive as he kept shouting, broke his own property, and proclaimed nonchalantly in English that he was backed up by police, according to rescuers.

After some time, the foreign man calmed down and allowed rescuers to treat the nail scratches on his body. 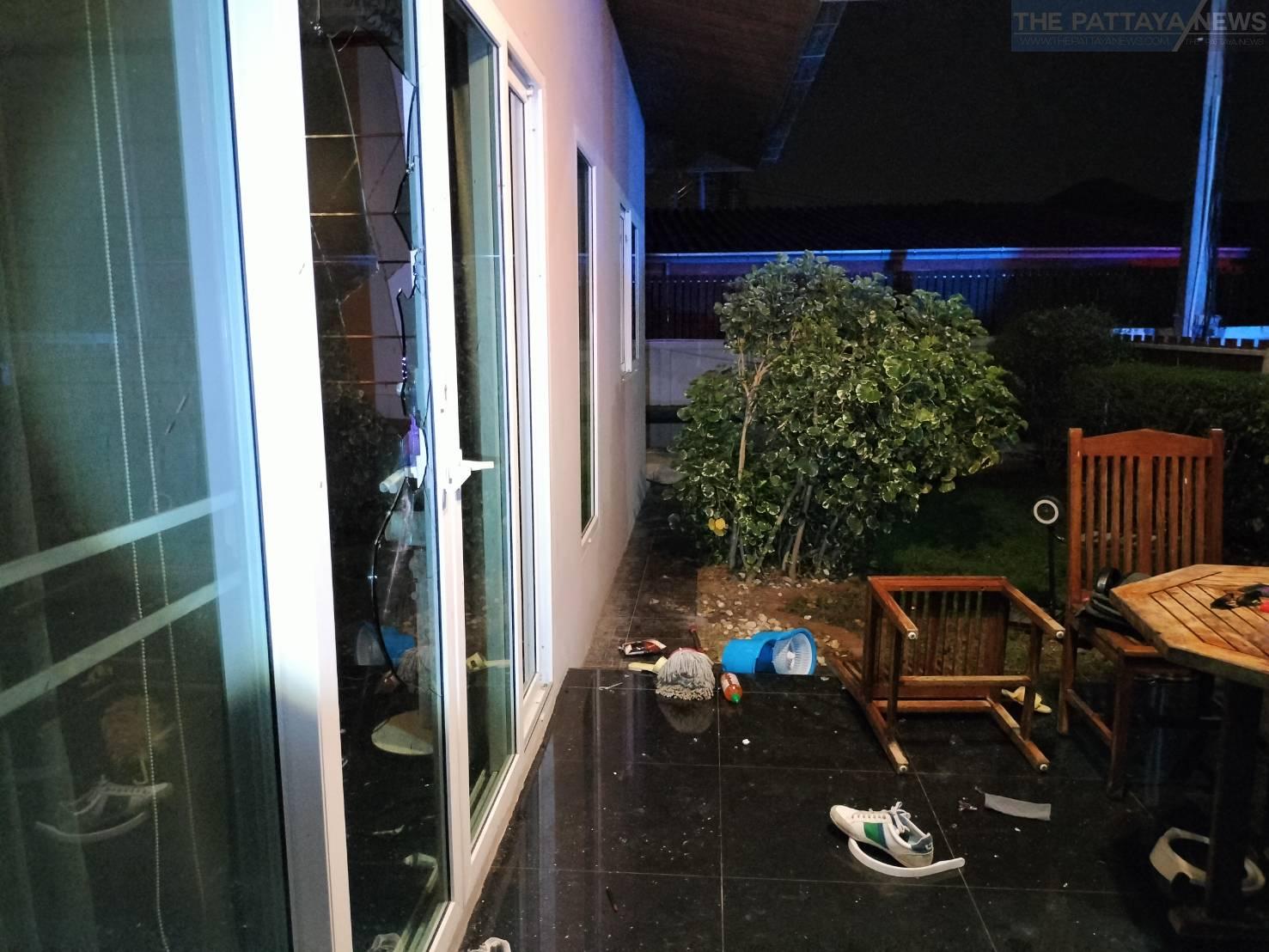 The female victim later told The Pattaya News that she was the girlfriend of the foreigner for 4 months. She said her boyfriend who was in the bar business repeatedly beat her to the point that she did not want to live with him anymore.

The victim stated as she was packing her belongings that a verbal argument broke out between her and her boyfriend, which later escalated into a domestic abuse incident. She added she clawed her boyfriend in self-defense.

Meanwhile, the foreign man, whose identity was withheld pending further investigation, stated the following day to The Pattaya News that he did not attack the woman and that she attacked him first, and continued to attack him with objects. The damaged glass door and her injuries were caused by her, according to the foreign man, who firmly denies raising a hand against her. He states her statements made to reporters and rescue workers were false.