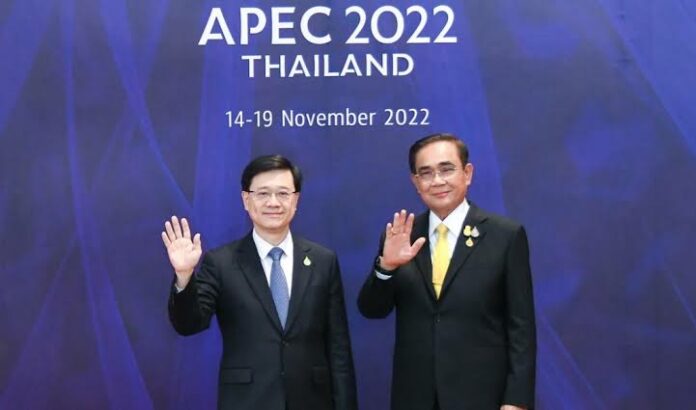 Hong Kong leader and Chief Executive John Lee, 64, tested positive for Covid-19 upon arrival at the Hong Kong airport where he was returning from the APEC summit in Bangkok.

Hong Kong still has fairly strict Covid protocols, although not as stringent as nearby mainland China. All travelers must still take a PCR test upon arrival at the Hong Kong airport and follow various regulations for several days before being given full freedom of movement.

Mr. Lee had tested negative for Covid while conducting daily rapid tests in Bangkok at the APEC conference, or Asian Pacific Economic Cooperation, and was reportedly asymptomatic.

Statements were not immediately made by most world leaders on their covid test results or if they intended to quarantine or self-isolate following the announcement from Hong Kong. Many eyes on specifically on Xi Jinpeng, whose strict Covid curbs and isolation rules for contacts are still the most restrictive in the world.