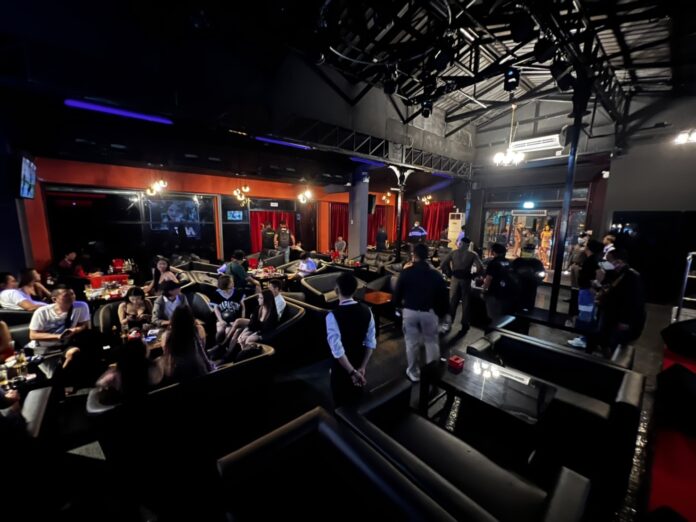 Region 2 Police are using seven rules to clean up and crackdown on Pattaya entertainment venues, including strict enforcement of legal closing times. Major General Nantawut told the Pattaya News that they first inspected ‘New Season’ on Pattaya Third Road where lots of Thais and foreigners were drinking. Some of the foreigners were unable to present their passports and they were taken to the Pattaya Police Station for questioning.

Major General Nantawut reminded foreign tourists that random passport inspections were legal and tourists should have at least a copy of their passport with their current valid stamp at all times. This was due to a campaign focused on searching for overstaying foreigners. Officer then inspected ‘Panda Club’ on the Pattaya Walking Street. More than 200 Thais and foreigners were enjoying loud music. Drug tests were conducted, including on foreign tourists (which is legal in Thailand) Four patrons tested positive for the urine drug test but their names and nationality were not immediately released to the press.

Both managers of the two venues were taken to the Pattaya Police Station for further legal action relating to allowing patrons into their venues under the influence of illegal drugs. The patrons who tested positive for illegal drugs were also brought to the police station.