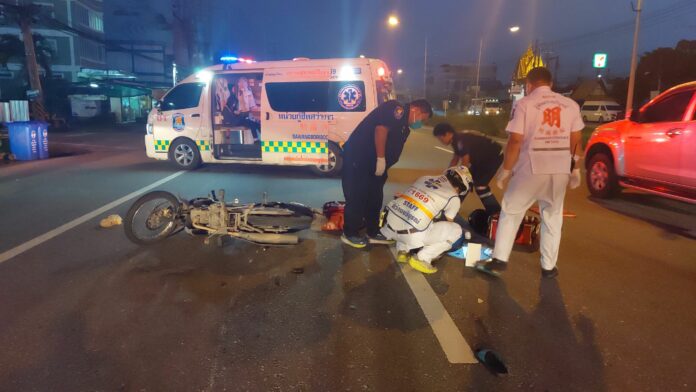 A 20-year-old female motorcyclist lost three fingers and suffered multiple injuries after crashing into a truck that was reportedly exiting a gas station without looking, according to Pattaya police.

The terrible accident unfolded on Wednesday, November 17th, in front of a gas station on Sukhumvit Road leading to Laem Chabang in Banglamung, Chonburi.

Sawang Boriboon rescuers rushed to aid 20-year-old female motorcyclist Ms. Suthida Homkajon at 6:00 PM. The victim was found unconscious on the road with bleeding and amputated middle, ring, and pinky fingers on her left hand and various other minor injuries. 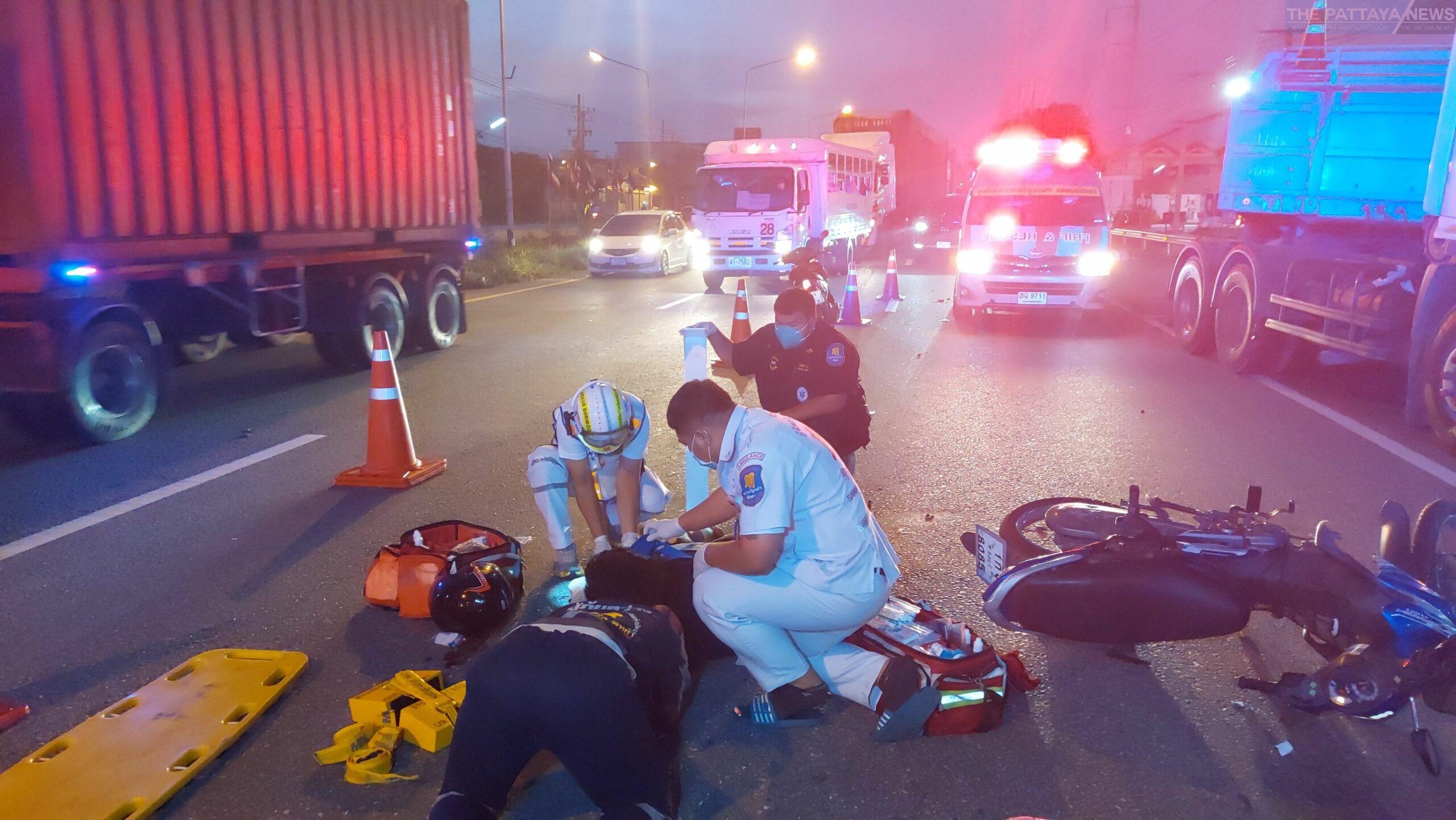 According to Pattaya police, Suthida crashed her black and blue Honda Wave motorbike into a truck. The young victim was taken to Banglamung Hospital for emergency hand treatment. However, Sawang Boriboon rescuers said they could not find the victim’s cut-off fingers and would not be recovered.

The truck driver, Mr. Narong Chusak, 47, reportedly waited in a panic to give his statement to the police. He said he had just finished filling his truck’s fuel and was exiting the gas station when the woman suddenly crashed into him from the right. 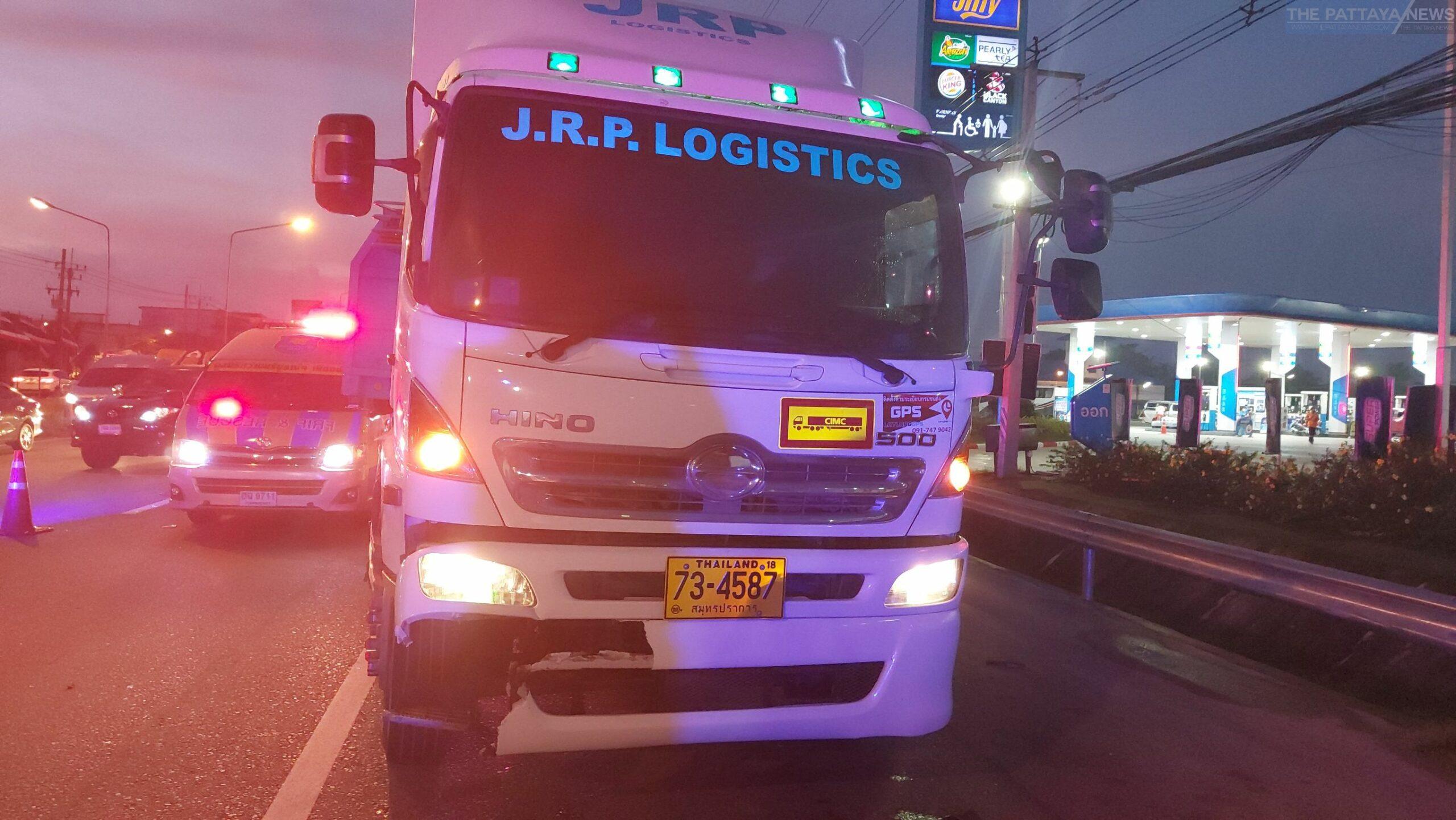 Narong reportedly admitted he failed to notice the approaching woman while leaving the gas station. Pattaya police charged the driver with reckless driving and causing injuries to others.
-=-=-=-=-=-=-=-=-===-=-=-=–=–=–=–==-