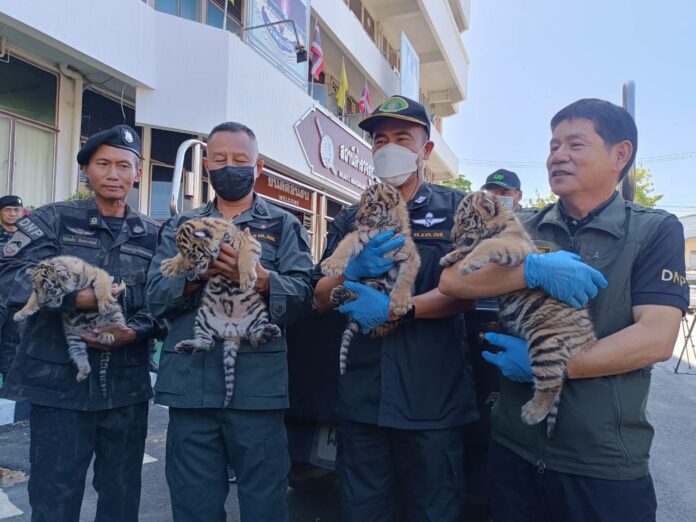 Officers from the Natural Resources and Environmental Crime Suppression Division Police told the press that they received a tip-off that a suspect was selling wild animals and transferring them between Thailand and neighboring countries.

The suspect met with officers at a gas station in Mukdahan in the early morning yesterday (November 15th). The suspect arrived with four tiger babies estimated at two-months-old. The suspect was arrested and he admitted that he bought the tiger babies from locals in Laos. He was taken to the Mueang Mukdahan Police station for further legal action.

The tiger babies were safely taken to the Chulabhorn Wildlife Breeding Station in Si Sa Ket. Tigers are listed in an endangered species and a Protected Animal of Thailand.