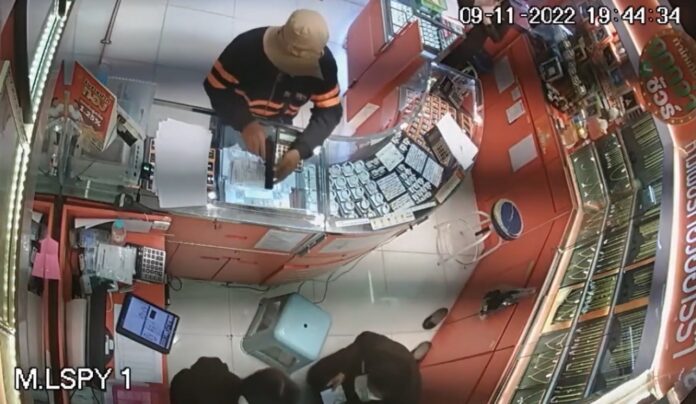 A gun-wielding robber robbed a Pattaya gold shop and swept around one million baht worth of gold jewelry before fleeing.

The terrifying moment was caught on CCTV footage yesterday, November 9th, when the suspect walked into the Aurora Gold Shop in Tesco Lotus in South Pattaya and threatened shop staff at gunpoint to put gold necklaces in his backpack. 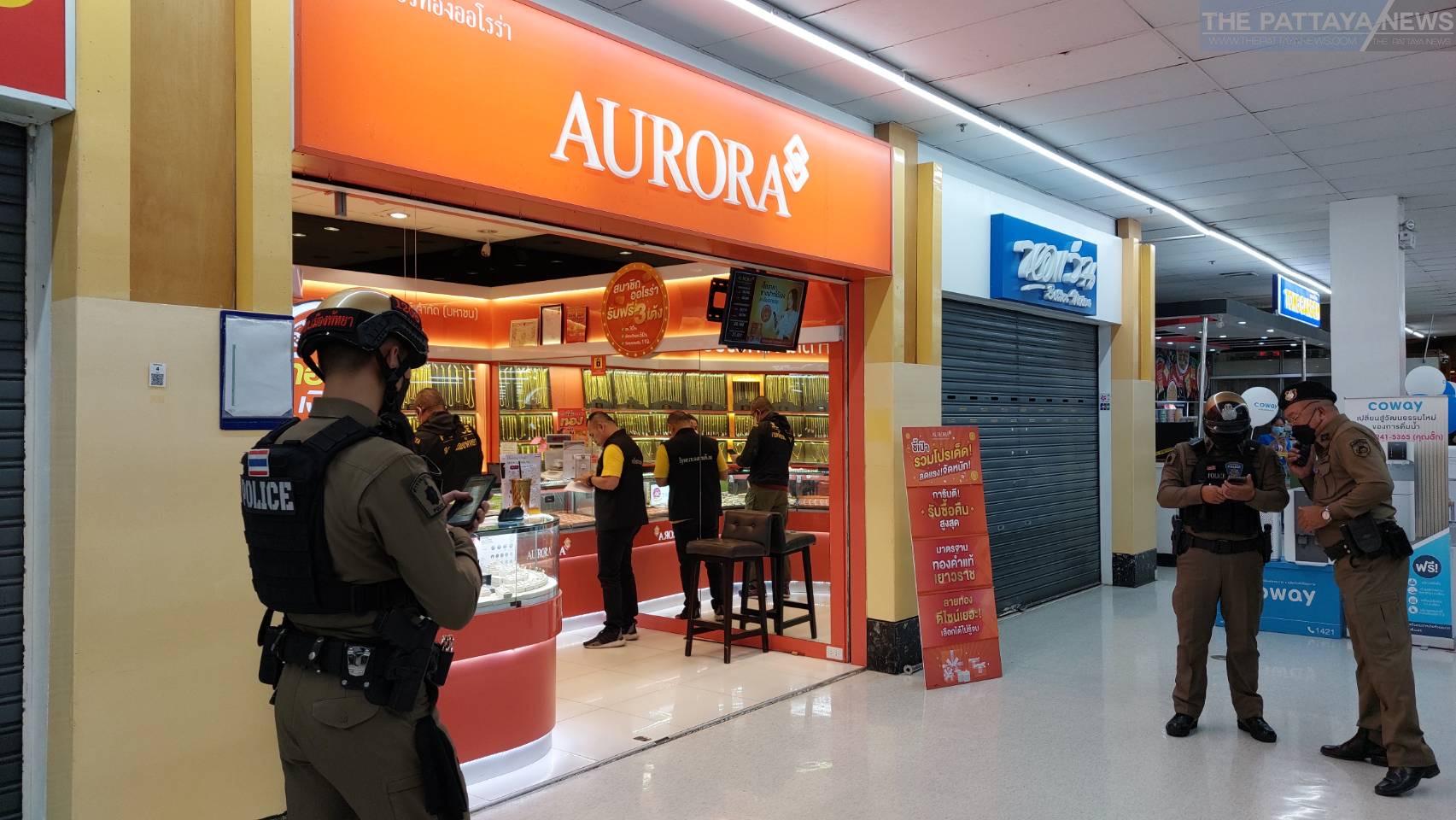 The suspect stood about 160–170 cm and wore a hat, long black trousers, and a black long-sleeved shirt with bright orange lines, according to CCTV footage.

He showed a sheet of paper scribbled with his demand to the female staff; however, the staff were hesitant, so he walked behind the counter, swept two trays of gold jewelry, and fled from the shop. Fortunately, nobody was hurt, according to the staff. 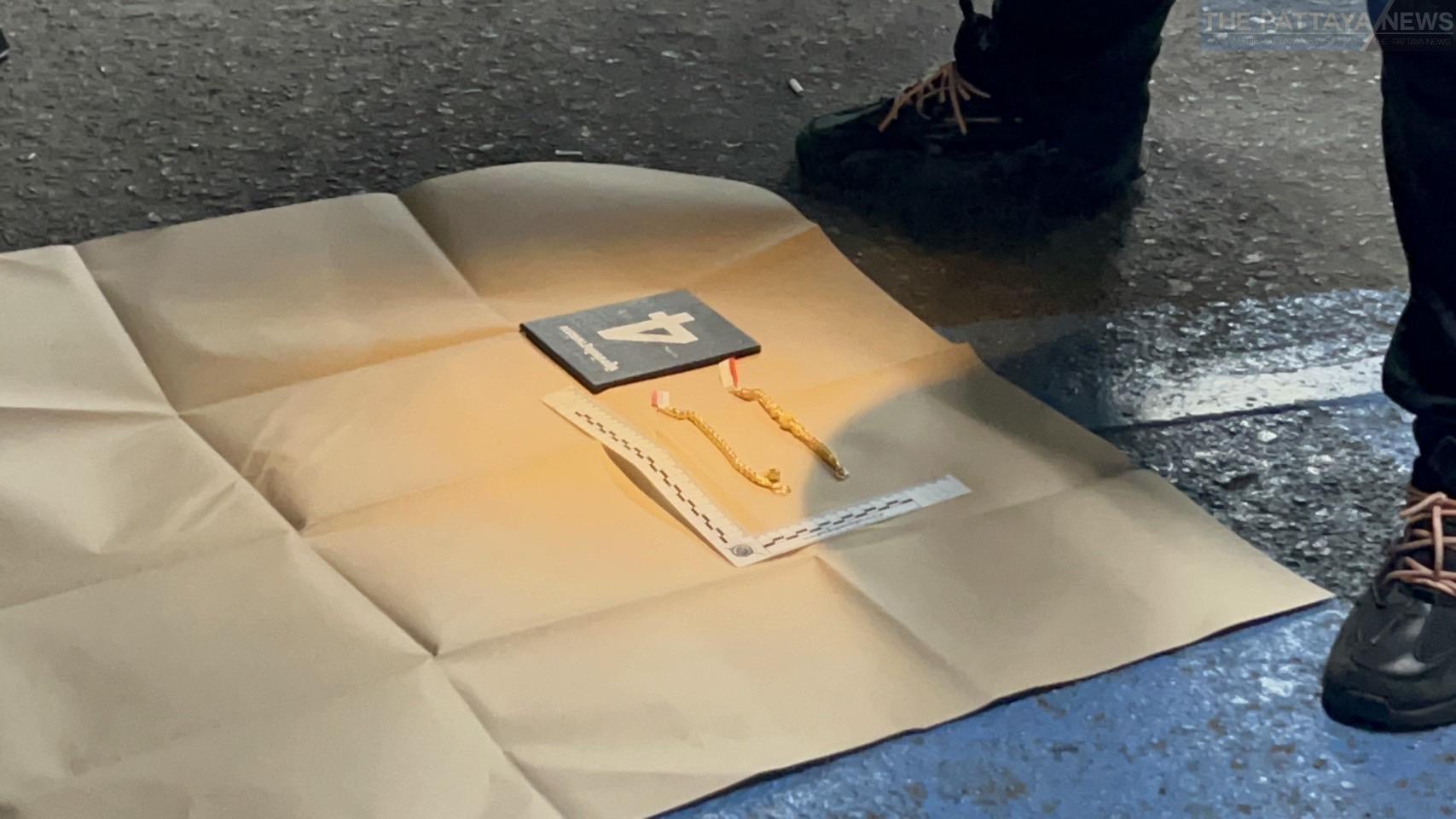 The suspect hopped onto his black Honda Wave motorcycle and escaped, Pol. Lt. Gen. Itthipol Ittisarn-ronnachai said. He had instructed relevant officers to examine CCTV footage, collect the suspect’s fingerprints, and check criminal records in the area to identify the suspect.

The shop staff told police that the suspect wrote on his paper, “I am in trouble. My mother is very sick.” The staff also noticed the suspect pacing in front of the shop before committing the robbery, but they did not expect the suspect was a robber. The shop employees are being interrogated at the Pattaya police station, while law enforcement is hunting for the suspect.