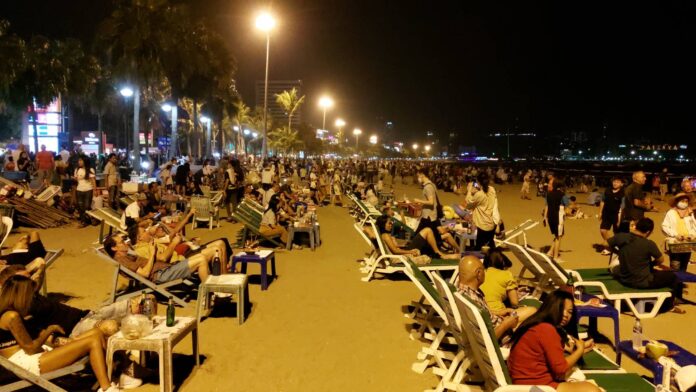 Pattaya Beach was crowded with residents and tourists, both domestic and foreign, who came to attend the Loy Krathong festival last night, on November 8th, and watch the total lunar eclipse.

Pattaya Beach is one of the more crowded Loy Krathong sites in Thailand, as thousands of tourists and residents came to float their Krathongs (lotus-shaped like rafts) onto the water of the sea at night yesterday. 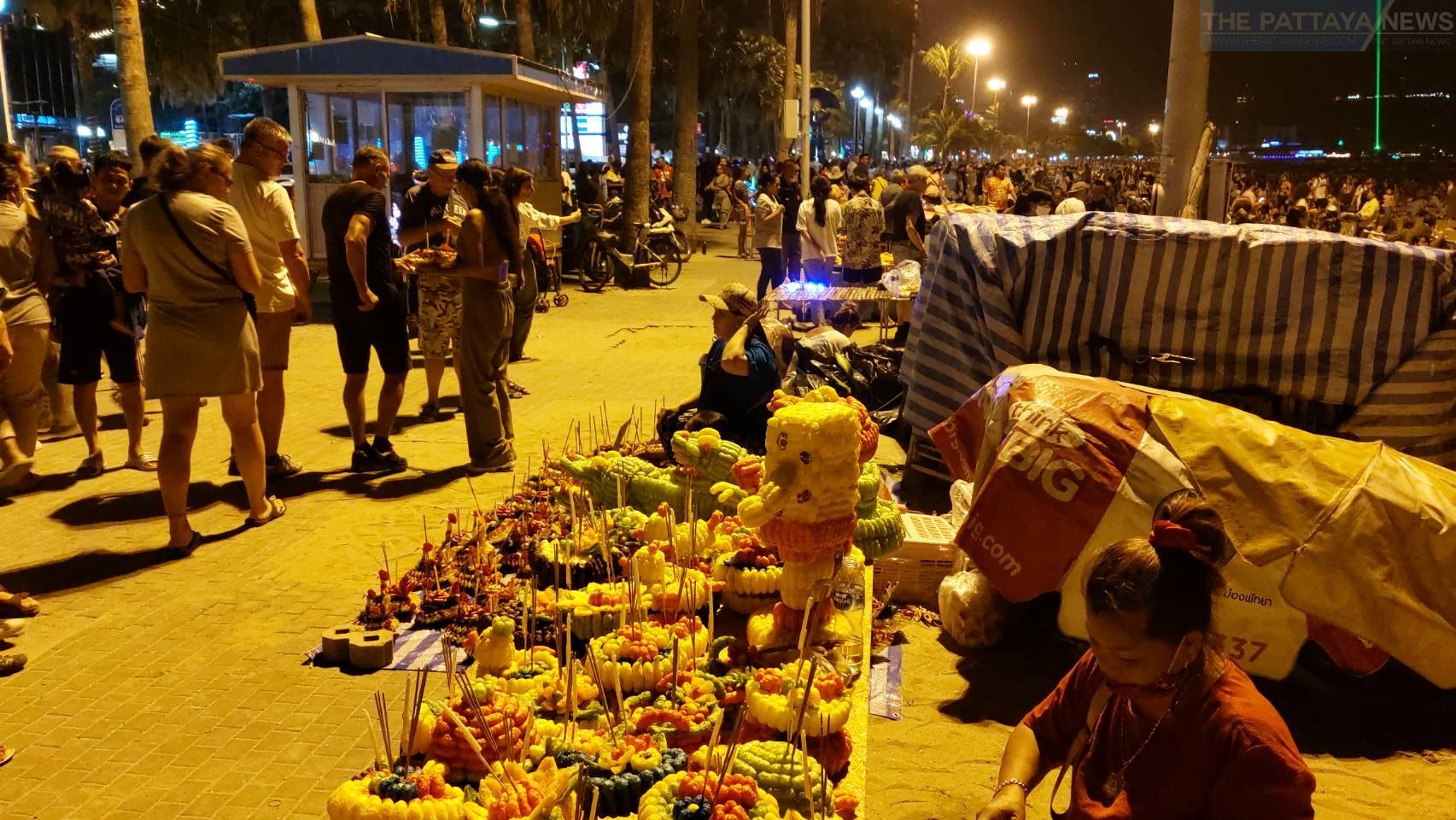 The festival is celebrated annually on the night of the full moon in the 12th month of the Thai Lunar calendar. Yesterday’s event was chaired by Pattaya mayor Poramase Ngampiches who visited the beach to lead the opening ceremony and float his Krathong.

The Pattaya Loy Krathong spot stretched about three kilometers and held over 100 stalls of various goods such as street food, beverages, sweets, snacks, and Krathongs made of biodegradable materials. There was also a concert stage featuring cultural dancers and Whal and Dolph. Poramase encouraged everyone not to use styrofoam Krathongs because they would pollute the sea and were difficult to eliminate. Apart from floating Krathongs, people also got to witness the total lunar eclipse on a mostly cloudless night, which was another highlight of this year’s Loy Krathong Day. The city expanded the operating hours for beach bench vendors so that everyone could watch the incredible phenomenon in comfort. All Krathongs, according to the mayor, will be cleaned and recovered this morning to save the environment.