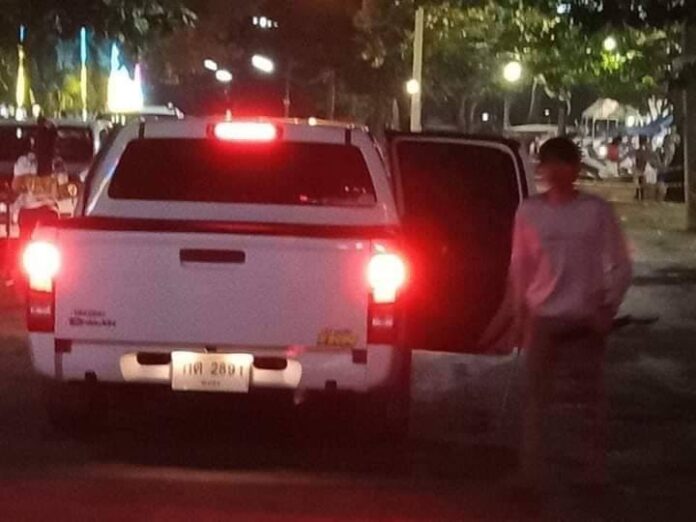 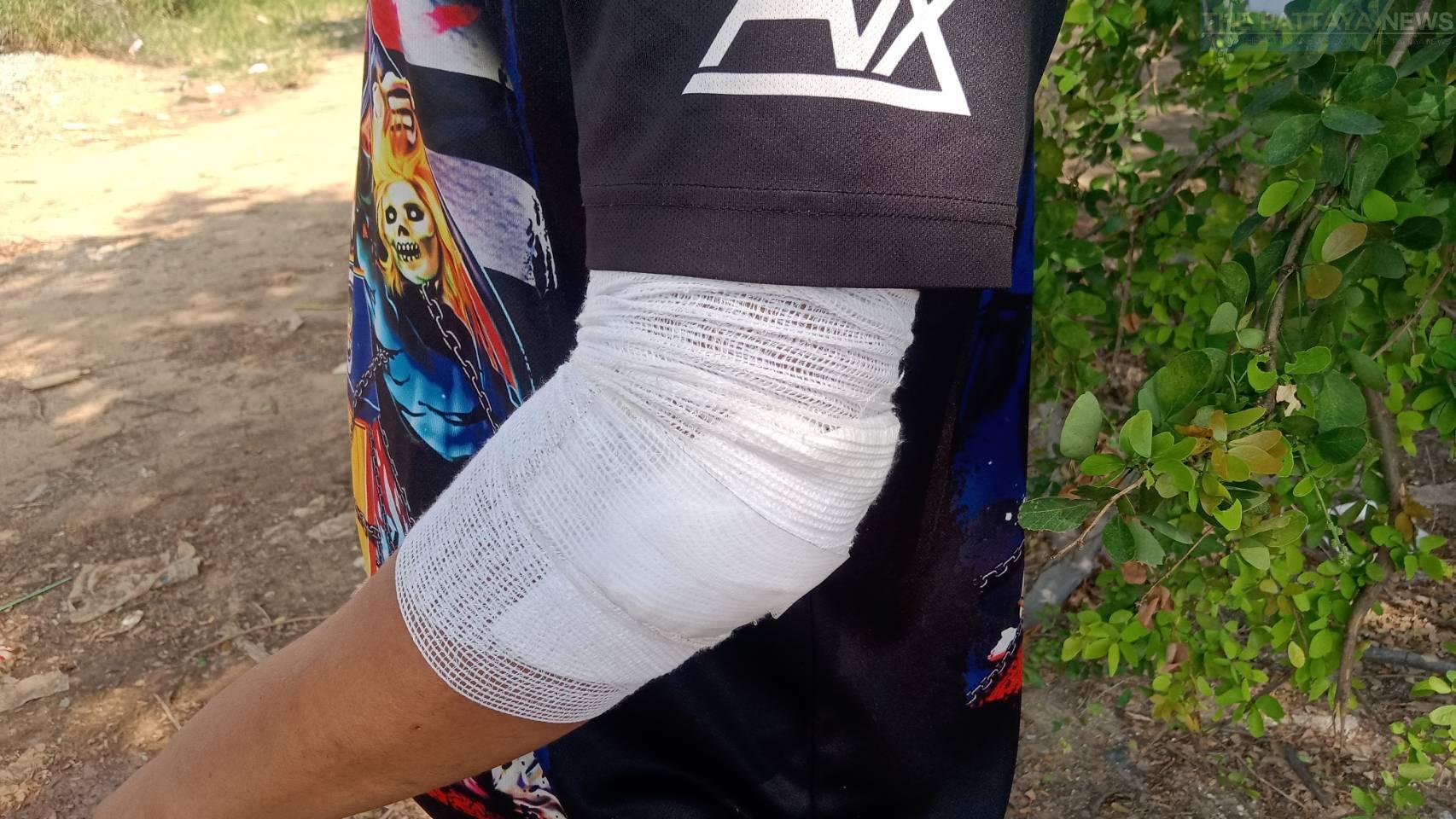 The male victim who asked to keep his confidentiality told The Pattaya News that he was attacked by a male pickup truck driver while hanging out with his friends on the beach.

The attacker was a Thai national driving a white pickup truck, the victim said. After pulling up his truck, the driver suddenly jumped onto the victim and cut his right elbow with a knife for unknown reasons.

The victim said he had never met his assailant nor known him. The suspect, after slashing the victim’s elbow, escaped in his pickup truck and hit multiple pedestrians.

The victim filed a police report at the Laem Chabang police station. Law enforcement is tracking the suspect’s license plate.