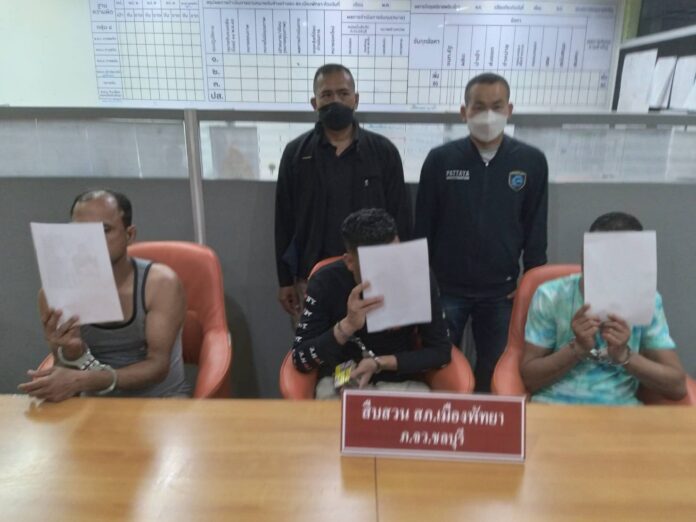 A group of foreigners seemingly working together allegedly stole two mobile phones from a guesthouse in Pattaya. 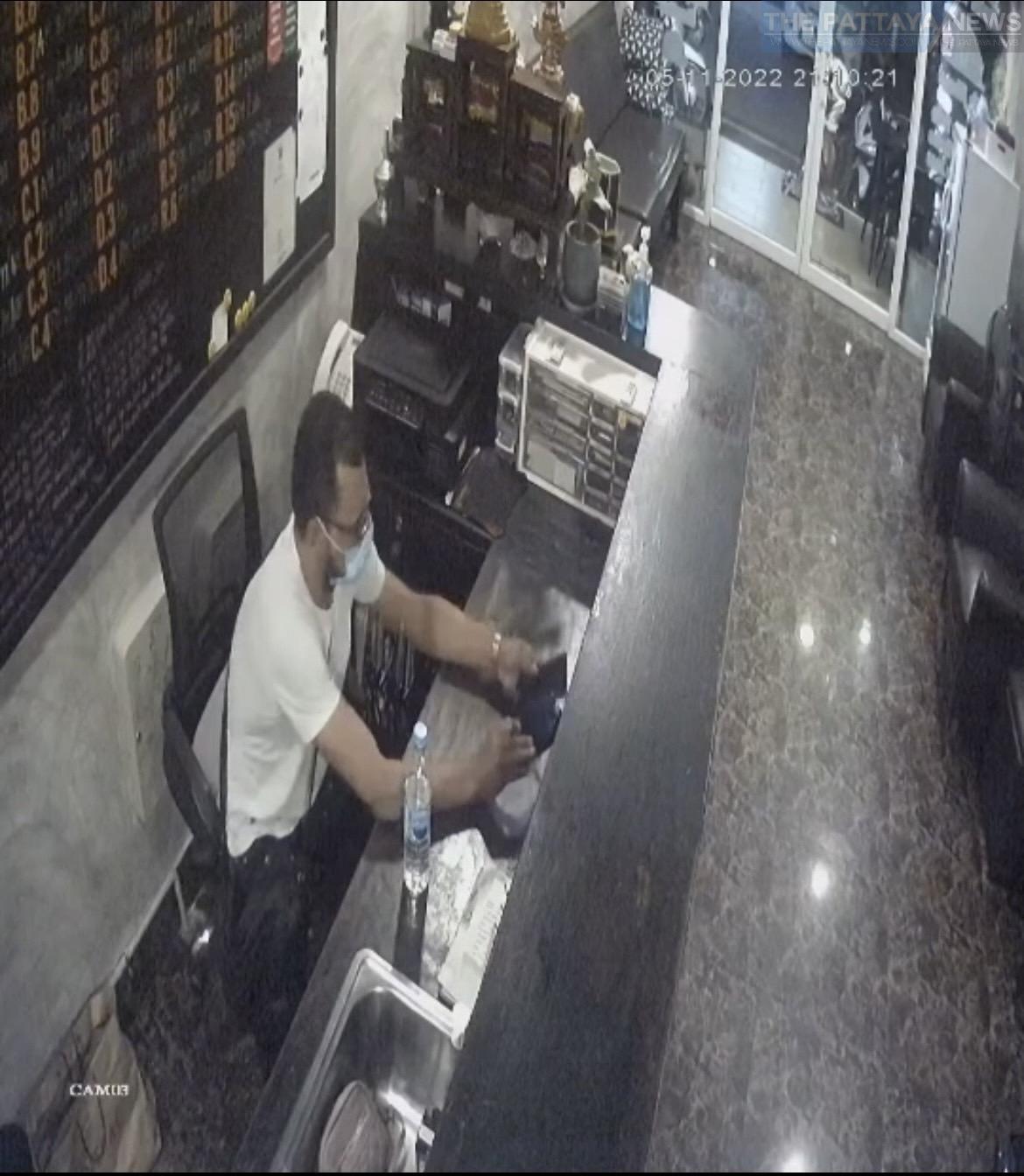 The three were arrested around 10.23 PM yesterday and were charged with a collaborative burglary at the Pattaya police station. CCTV footage showed the second and third suspects walking down Pattaya Second Road at 9.10 PM on November 5th. Additional footage inside the guest house showed the third suspect leaving the guest house after the alleged theft and taking a baht bus to escape.

The first and second suspects were also seen heading down Pattaya Second Road to Pattaya Central Road after leaving the guest house. 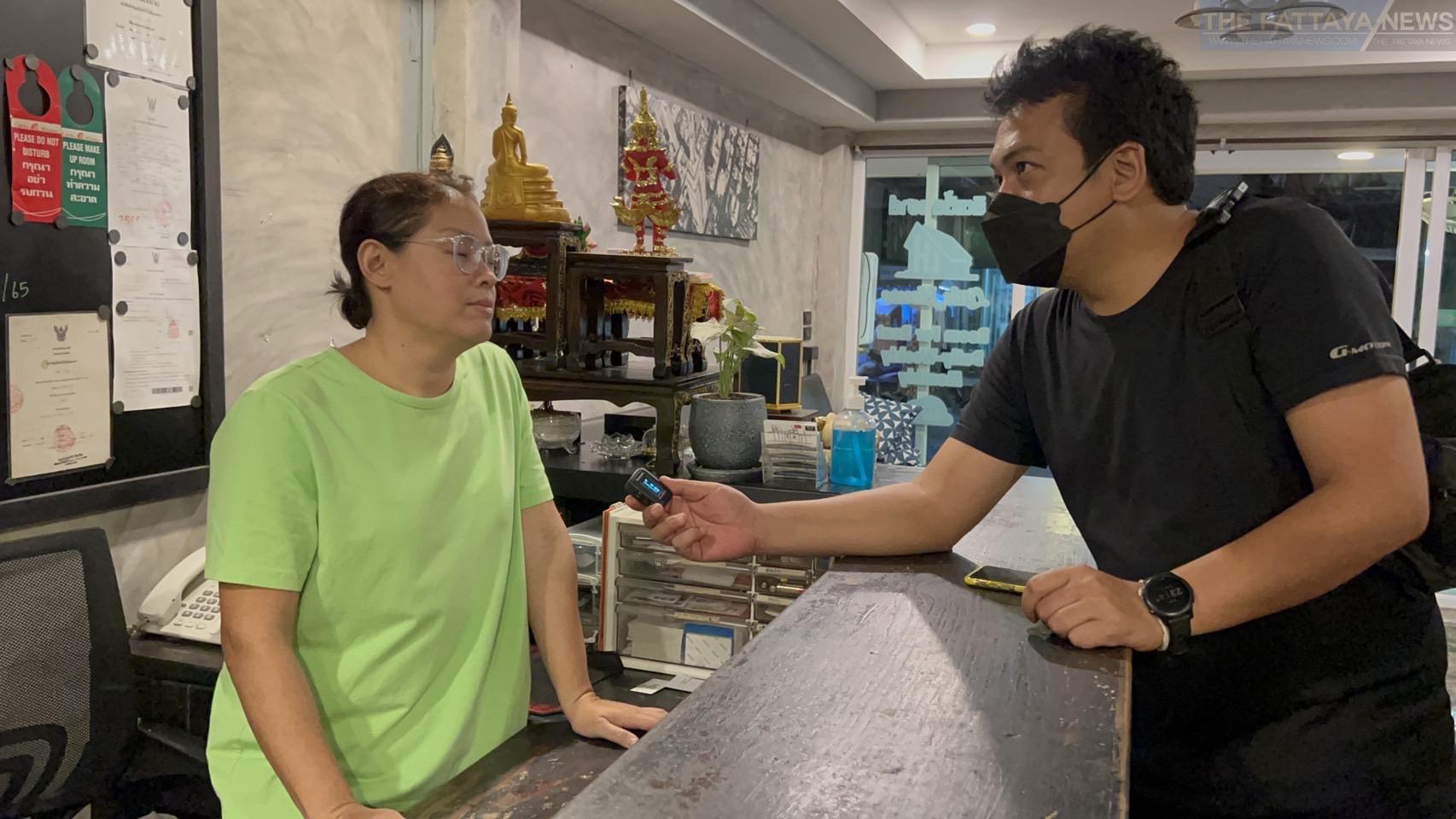 The first and third suspects were arrested in their rental room at the Panowla Residence in Soi 13/2 on Beach Road in the Nongprue subdistrict of Banglamung, Chonburi. They then led Pattaya police to the second suspect staying at the Lek hotel in Soi 12 on Pattaya Second Road.

The three reportedly denied the thet allegations but admitted they were the individuals seen in the CCTV footage.

Pattaya police are proceeding with prosecution as of press time.