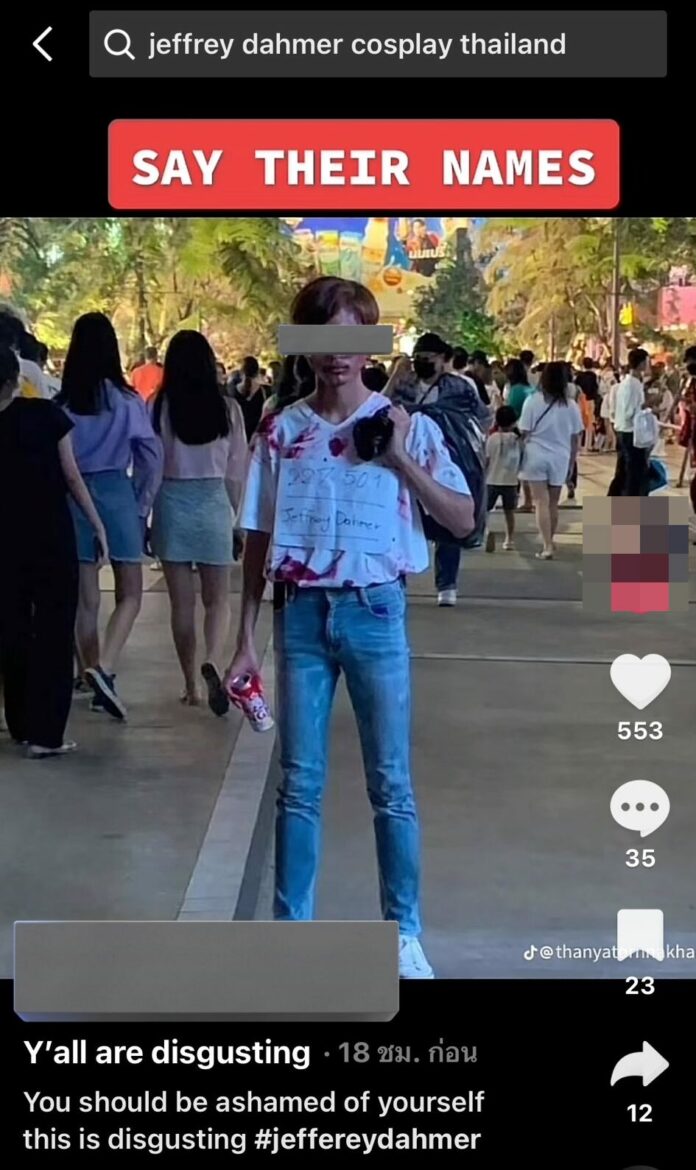 Netizens on social media, including many foreigners, were outraged after spotting a Thai teenager dressing up as American notorious serial killer Jeffrey Dahmer for Halloween this year.

A short clip on Tiktok of the Thai teenager who was seen wearing a white t-shirt with the name of Jeffrey Dahmer and number was shared, reposted, and received a lot of criticism for the appropriateness. 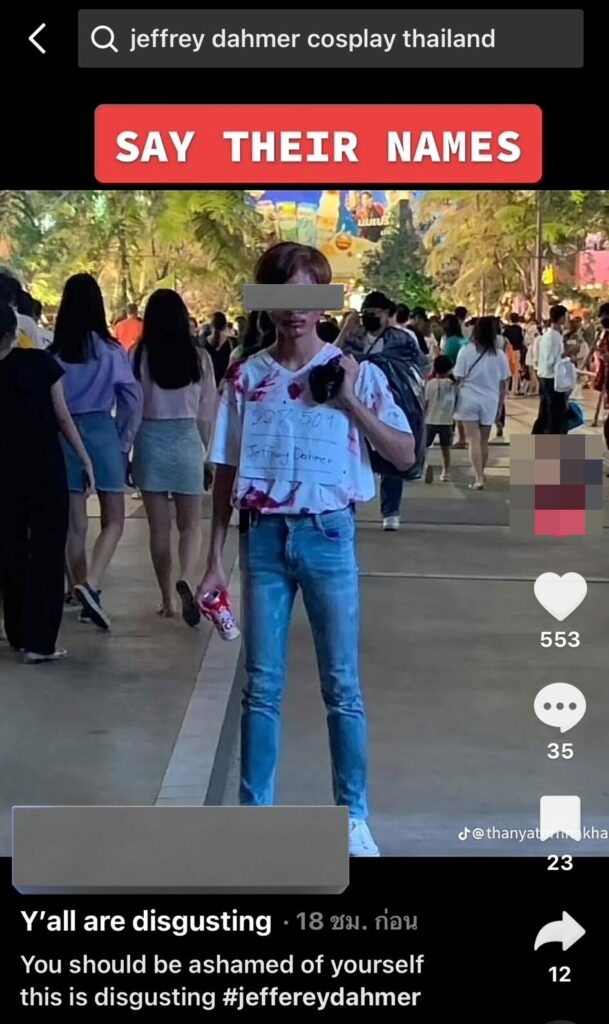 Jeffrey Dahmer was an American serial killer and sex offender who committed murder and dismemberment of 17 men and boys between 1978 and 1991. He was also known as the Milwaukee Cannibal or the Milwaukee Monster.

Dahmer’s case has become popular again after the Netflix biographical crime drama mini series titled “Monster: The Jeffrey Dahmer Story” was aired last September. His story and case also became more recognized, especially among young teenagers who were not born in Jeffrey’s era or aware of him before.

Once the clip of the Dahmer’s cosplay of the Thai teenager was shared on social media, many users, especially foreigners, started criticizing the costume, saying that: “You should be ashamed of yourself. This is disgusting.”

The topic is still a sensitive issue in the 21st century as the case happened just 31 years ago and many of those who were involved in the case, including eyewitnesses and the families of many victims, are still alive and living in trauma.