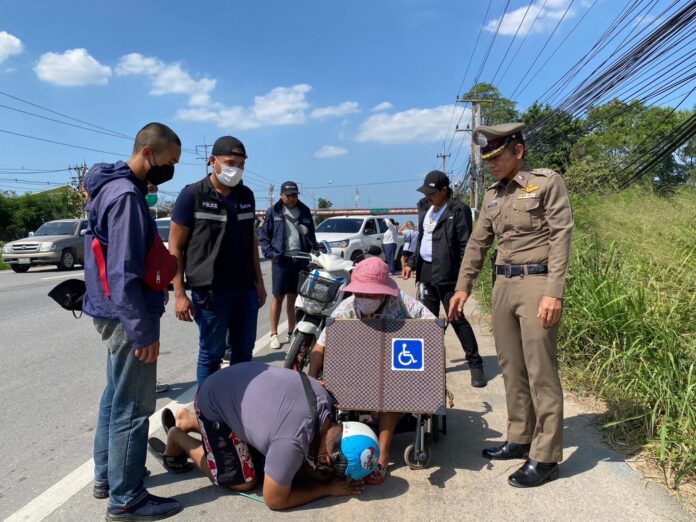 A robber escorted by Banglamung police apologized to a 55-year-old wheelchair-bound lottery ticket seller after he robbed her of her money and many other valuables.

The suspect, 27-year-old Mr. Wasil “Tap” Singhaphukam, prostrated to show his remorse at the feet of Ms. Pukthong Kuthong, a lottery ticket seller whom he robbed on the evening of October 27th, according to Banglamung police, during his crime reenactment yesterday, October 30th. 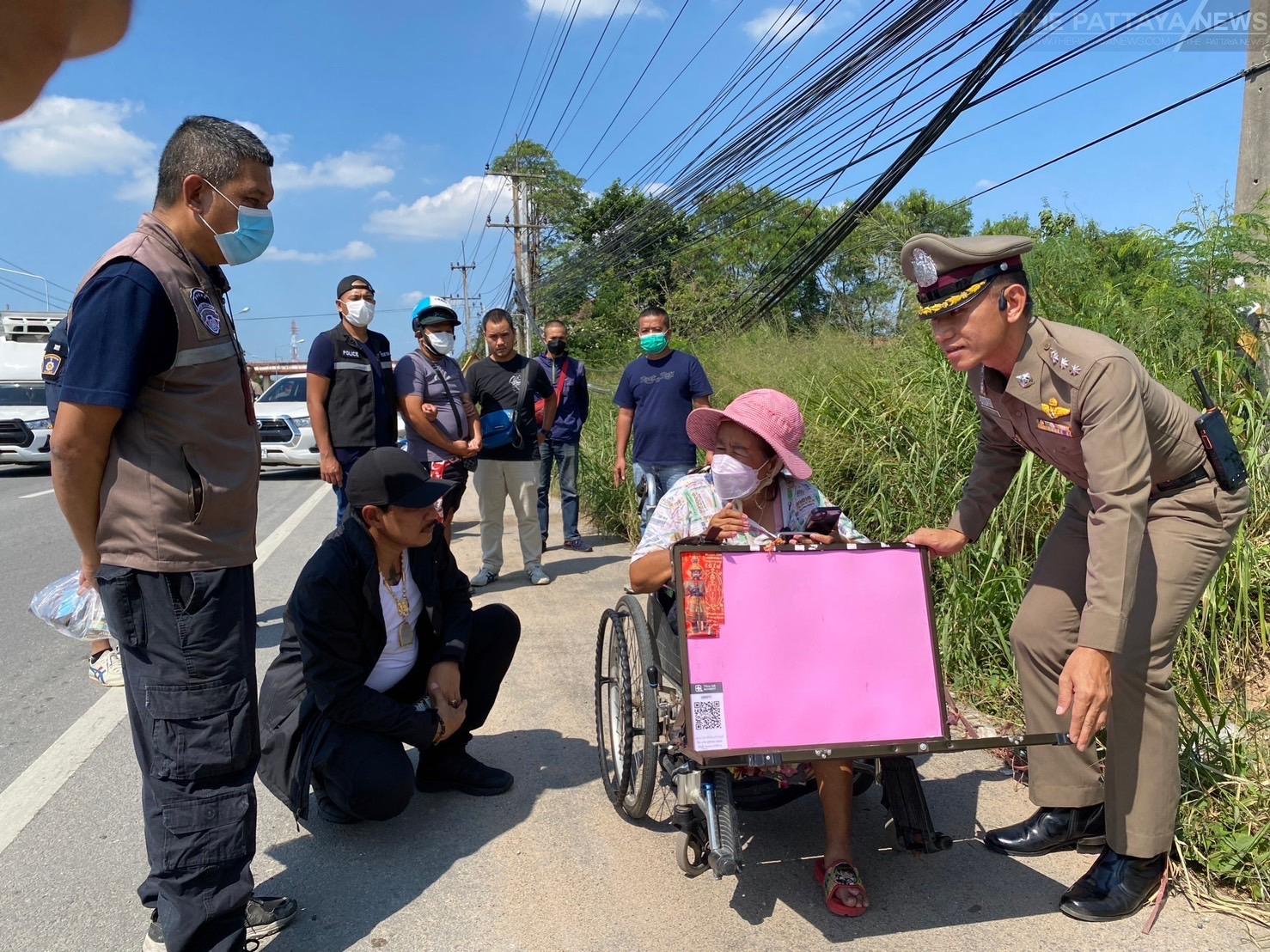 Tap was arrested for robbing Ms. Pikthong of her phone, amulets, necklace, and cash worth 4,000 baht on Sukhumvit Road in the Banglamung subdistrict of Banglamung, Chonburi. He was quickly nabbed by Banglamung police and was invited to apologize to Pikthong while being flanked by police officers yesterday.

The wheelchair-bound woman told police Tap approached her on a motorbike, pretending to buy lottery tickets but then pulled out a gun to threaten her before taking her valuables away. 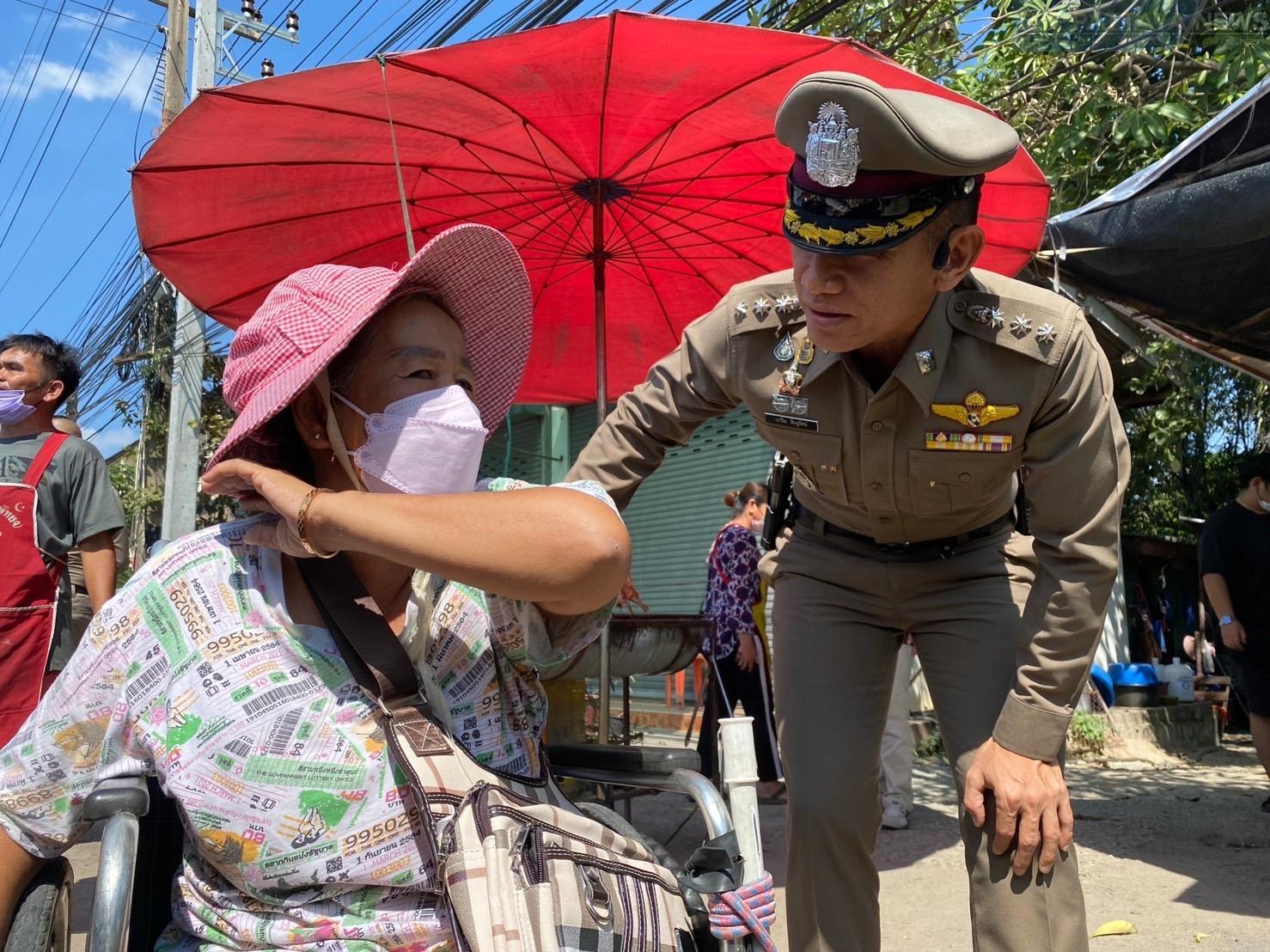 The suspect covered his license plate with paper and wore a full motorbike helmet, according to Pikthong. She called Banglamung police immediately after the robbery.

The reenactment took place in front of the King Taksin Museum.

Banglamung police told The Pattaya News they tracked the suspect from CCTV footage and arrested him at his rental room in the Banglamung area. The suspect admitted that he wanted money for gambling and chose a disabled person because she was an easy target.

The victim accepted the suspect’s apology but was eager to continue prosecuting the suspect and declined to drop charges.