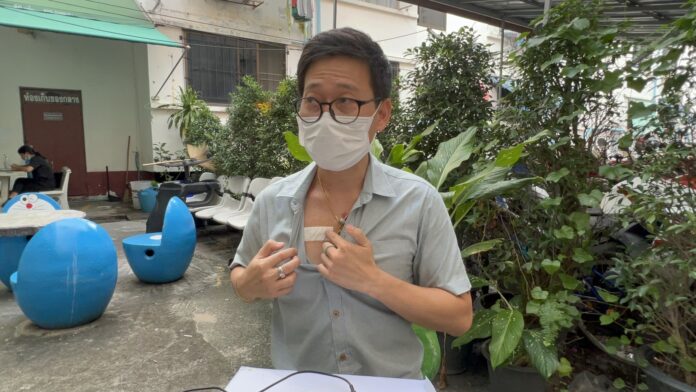 A 40-year-old Thai man who got stabbed in the chest by an unidentified motorcycle taxi rider said the rider almost hit him while crossing the road, which led him to argue with the rider and the stabbing.

A 40-year-old Thai man was hospitalized after reportedly punching a motorcycle taxi rider in Pattaya and getting stabbed in the chest in retaliation.

The stabbing victim, Mr. Weerawit Ratchatasakornphon, filed a police report at the Pattaya police station yesterday, October 28th, urging law enforcement to capture his assailant who stabbed him in the chest on October 23rd and was still at large. 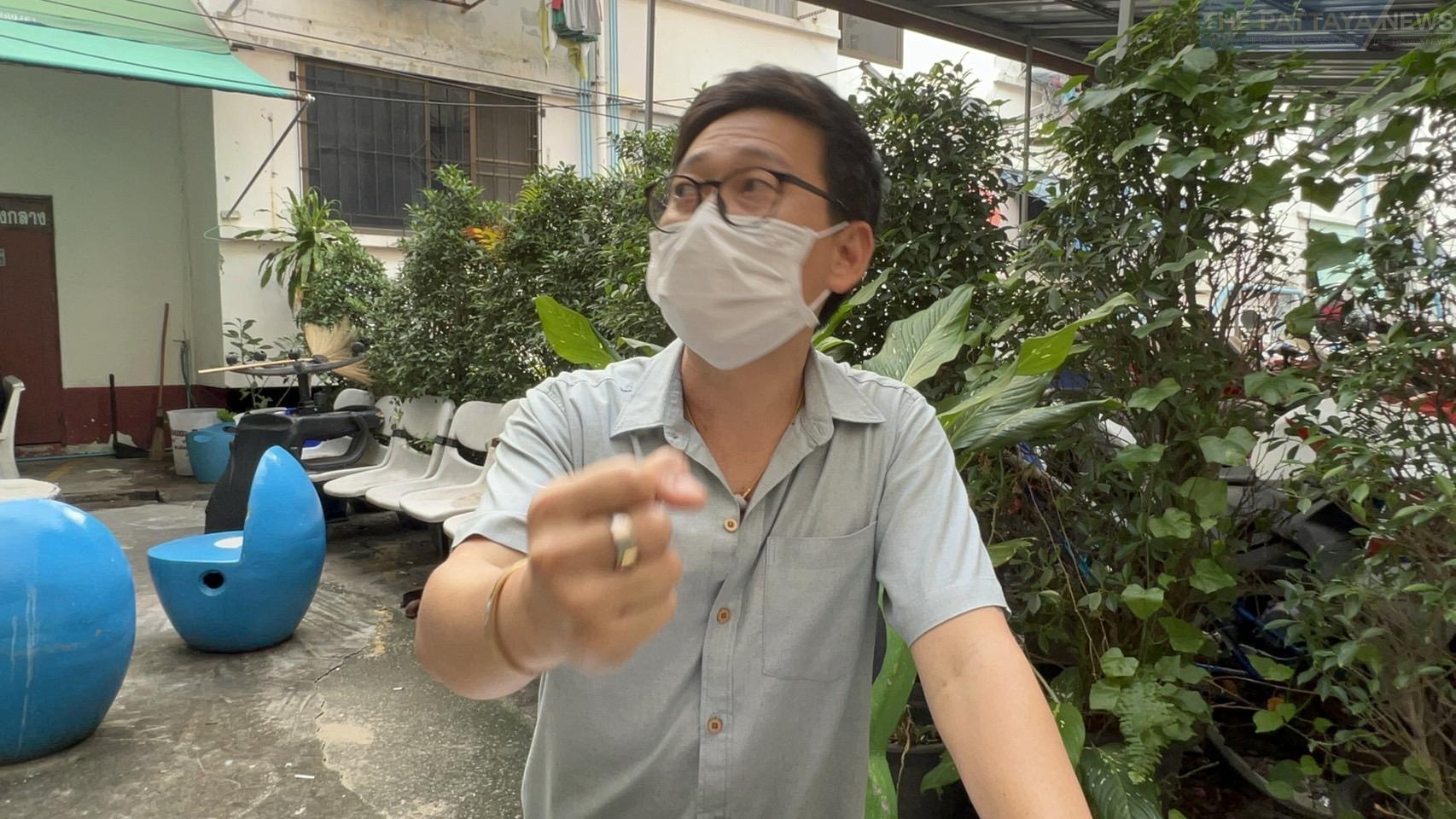 Weerawit told police he was recovering from an operation, still felt pain, and had difficulty with breathing.

On the day of the incident, he drove to a local market to buy flowers for his mother. While walking to his usual stall, Weerawit claimed he was almost hit while crossing the road by his assailant who was a Thai male motorcycle taxi rider. He then shouted at the rider to drive more carefully, to which he yelled back that he did not even hit him.

The argument went on for a while before Weerawit decided to walk away to get the flowers. However, his attacker followed him, and once Weerawit saw him trying to dismount his motorbike, he knew that the rider had malicious intent, so he said he punched the rider first to protect himself. In retaliation, the rider pulled out his knife and stabbed Weerawit one time in the chest before fleeing.

Weerawit told Pattaya police that his lung was damaged and that he wanted the suspect to be arrested as urgently as possible. Pattaya police promised him they would and would review CCTV footage to track down the suspect.