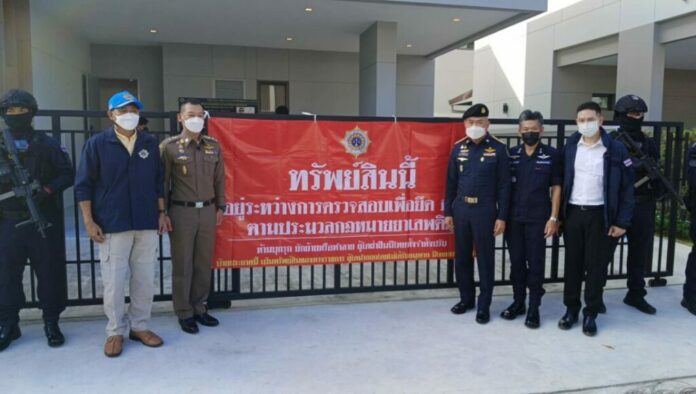 The National Anti-Corruption Commission (NACC) on Friday, October 28th, conducted a raid at the luxury house of a 53-year-old alleged drug dealer, identified only as Somprach, in the Saphan Sung area of Bangkok.

NACC Secretary-General Wichai Chaimongkol told the Associated Press that Somprach was accused of jointly trafficking drugs for money laundering, following the previous arrest of two alleged drug smugglers who were reportedly delivering nearly 1,000 kilograms of crystal meth to a Bangkok port with a Taiwan destination in August.

The investigation exposed that Somprach allegedly hired both of the smugglers to deliver drugs. However, Somprach had already fled to a neighboring country, according to the police report.

As the police entered the house, it was found that it was empty with no furniture inside. It was believed that it was a home that Somprach had just bought for 21 million baht.

Wichai stated that the police investigation would continue to try to arrest the suspect for legal procedures as well as crack down other drug smuggling networks in Thailand.