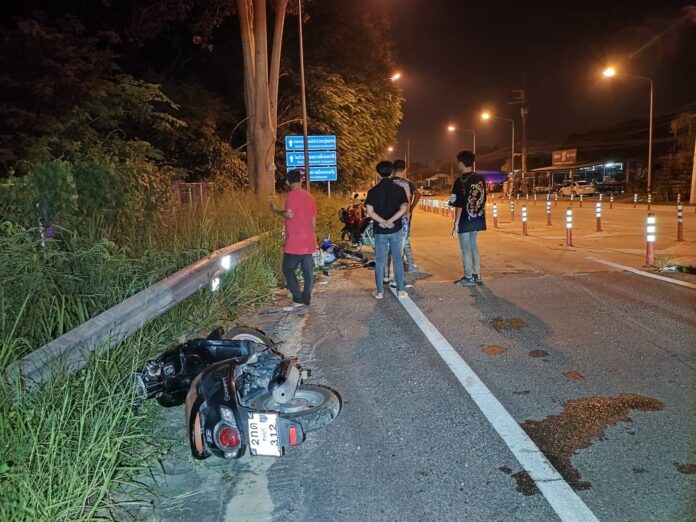 Two groups of Thai teenage motorcycle riders threw punches at each other after getting angry for reportedly cutting in front of each other.

Nongprue police rushed to halt a fight between two groups of around 10 teenage riders in the Nongprue subdistrict of Banglamung at 3 AM yesterday, October 26th. 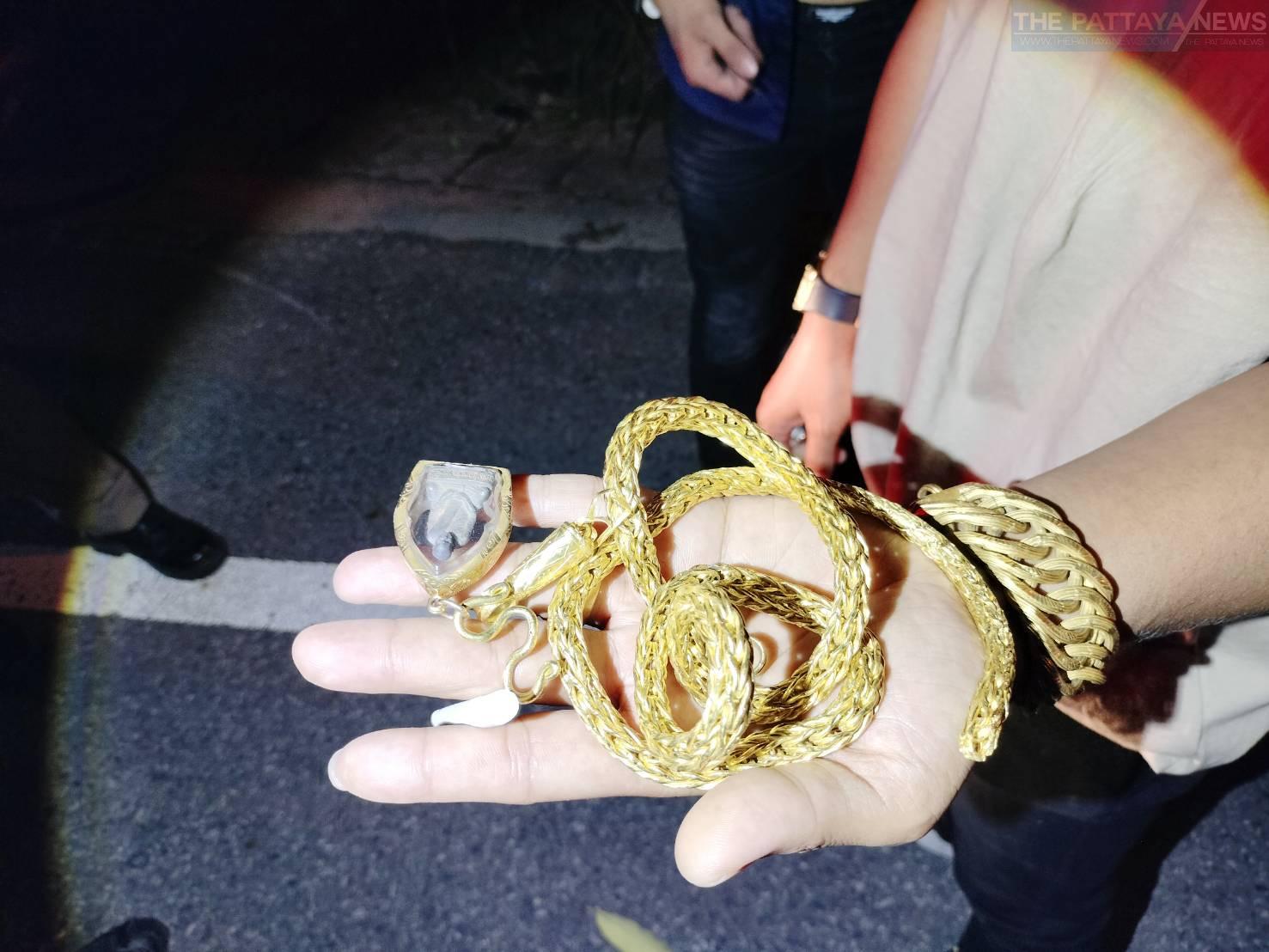 One of the injured teenagers told police that he knew the rival group and they cut him off on purpose, ambushing him, which the second group denied, claiming the first group cut them off instead. His brother and friends then came to his aid and chased off the rivals, but they also snatched his gold necklace.

The group then followed the snatcher and successfully took the necklace back. The injured snatcher, however, complained to police that he only yanked it from the teenager’s neck by accident while fighting. He also said he got punched in the face multiple times by the teenager’s group even if he had already returned the necklace. 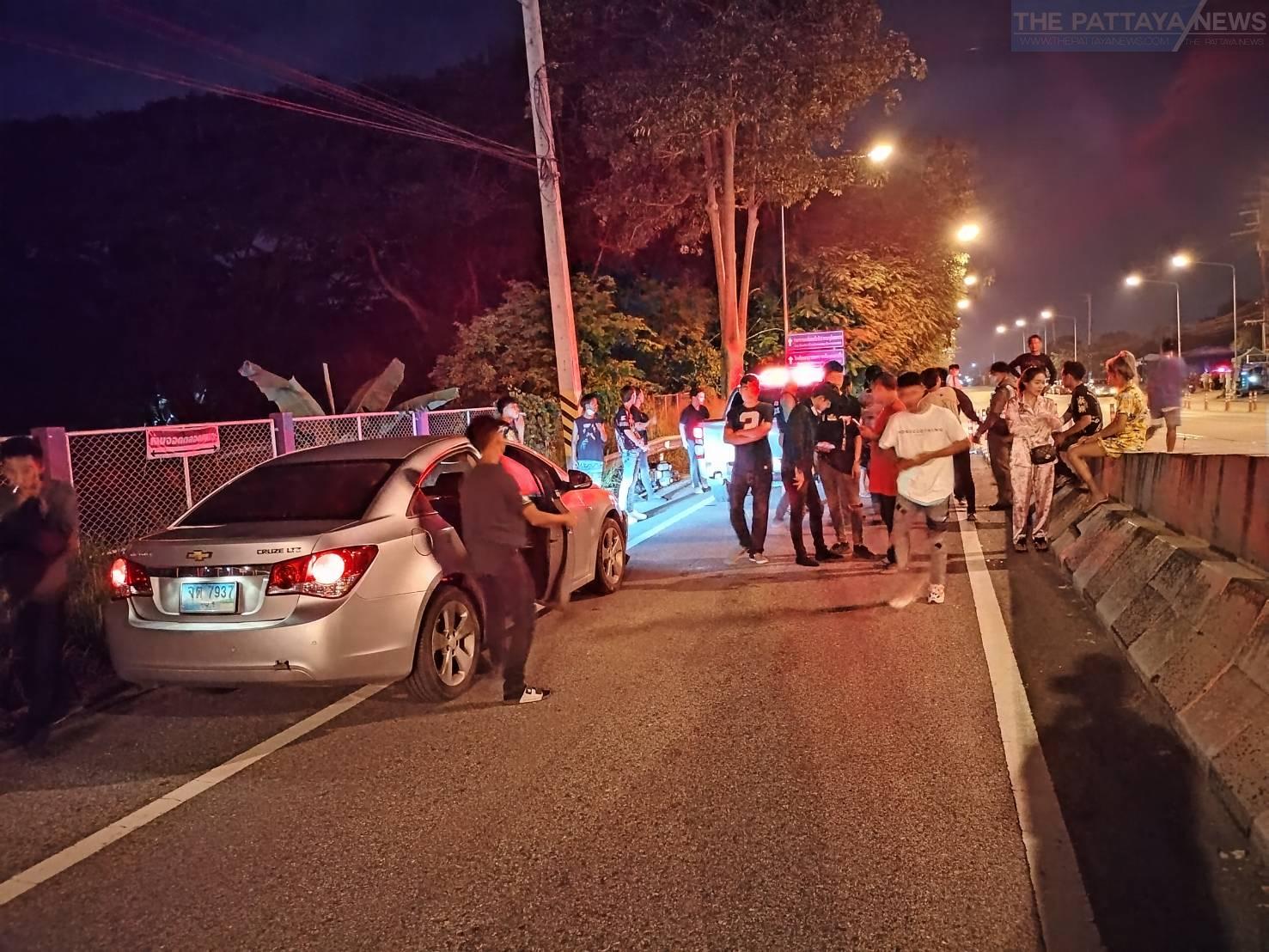 Nongpure police took photos of all the suspects as evidence and would summon them for interrogation later.