Pattaya mayor Poramase Ngampiches used his own money to compensate the driver whose car got crushed by a large tree on Sunday, October 23rd.

A 35-year-old female driver was shocked after a massive tree fell on her car while she was driving.

Poramase said he had the city’s botanists examine the tree yesterday, October 24th, and found that its interior was hollow and decaying due to termites, which was why it toppled despite appearing strong from the outside. 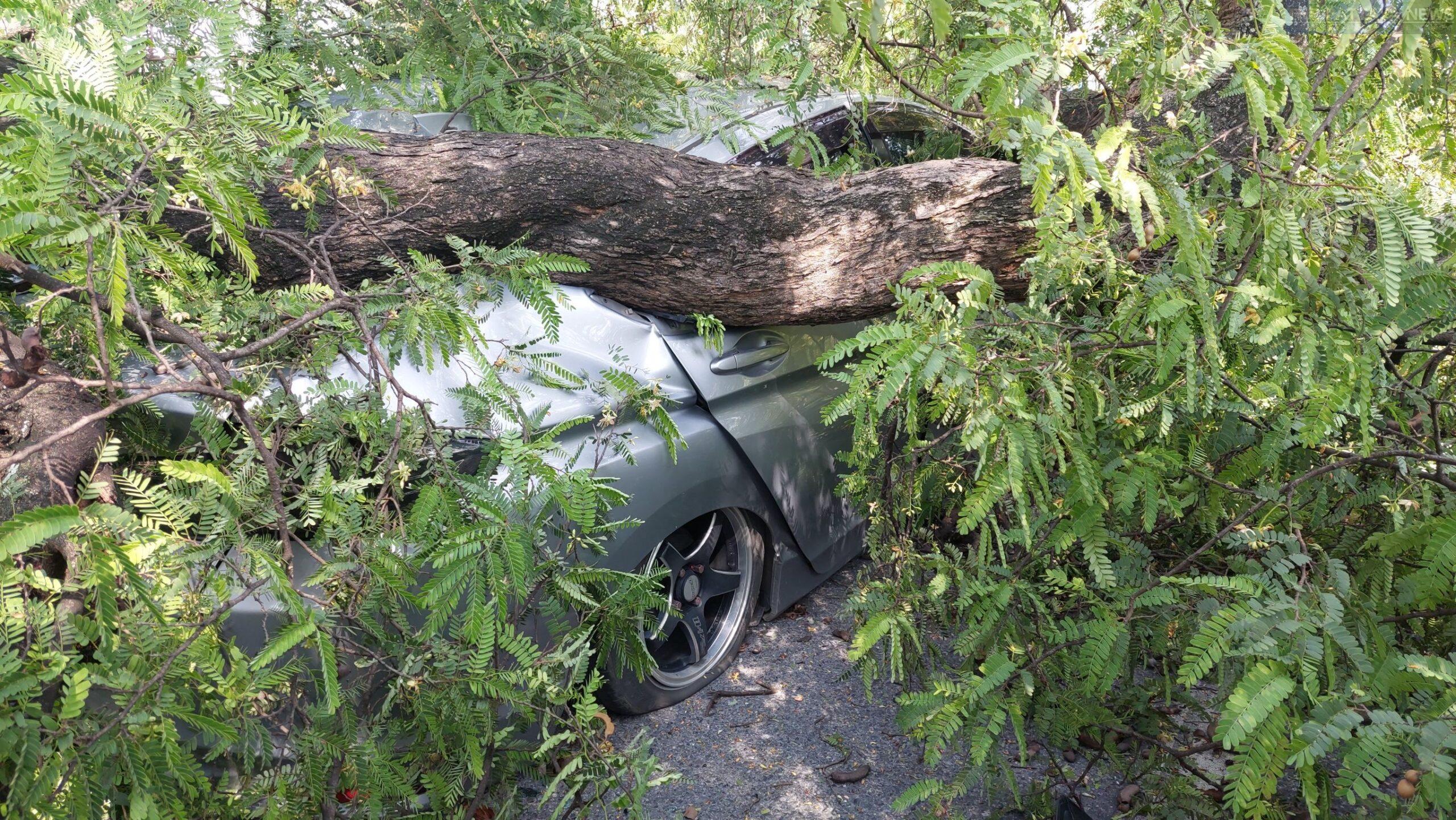 The mayor apologized to the woman for her vehicle and other drivers, saying he would have the city’s botanists check every large tree on the side of the roads to prevent a similar accident. To compensate for the damage, Poramase personally gave 10,000 baht of his own money to the driver.

Normally, Pattaya City would be in charge of paying out compensation in other circumstances such as a fire or flood, but since this situation did not fit any of the criteria, the mayor had to do everything he could to help.